Being a surfboard shaper isn't easy. It's a high-cost, low-margin ultra-competitive business that any sane investor would advise you to avoid. Fortunately, the surf community has plenty of people who ignore the math to pursue their labor of love. To survive, most of them carve a niche and focus most of their energy serving it accordingly. Kolohe Andino has been working with Matt Biolos since grommethood. Today, the San Clemente prodigy is in the upper echelon of performers on the Championship Tour. - WSL / Brett Skinner

Matt Biolos chose the high-performance competitive niche. It was pretty hard to ignore, being that he grew up amid the San Clemente mafia of the late 1980s which included Shane and Gavin Beschen, Matt Archbold, Dino Andino and Christian Fletcher. Today, Biolos shapes boards for a countless number of touring pros, especially when they hit US shores. We caught up with him during his busy season to see how he's handling.

So how crazy is your world this month?
The US Open is far and away our biggest event of the year. The Hurley Pro is busy too but that's an elite tour event, where we do a handful of men and women. But for the US Open, we make boards for probably 25 to 30 guys in the QS, plus the Juniors, both boys and girls, and the women's CT. Tyler Wright has been on a tear this year with Mayhem's boards under foot. The Australian just took back the Jeep Leader Yellow Jersey in Huntington Beach, and is aiming to capture her first world title. - WSL / Ed Sloane

And how do you prep for that invasion?
With our regular team riders it's all part of the normal process. We look at the forecast -- it's going to be hurricane swell, and maybe some small crumby days, let's get some wider shorter boards and some epoxies going. Then there's a big international contingency that calls up, and says ‘Hey I'm coming to California and I might as well order a couple boards.' I don't work with these guys consistently so we're basically rolling the dice a bit, so we make ‘em a couple boards and hope for the best.

I guarantee you it's my lowest profit margin month of the year. It's like, let's hope we can make the payroll this month. Pro Junior Luis Diaz rolled the dice with Biolos on his first trip to Huntington Beach, and it paid off. - WSL / Jackson Van Kirk

Can you give us an example of somebody you rolled the dice with?
Probably Luis Diaz, the kid who won the junior division this year. I'd never met him. In fact I still haven't. He's from the Canary Islands. He's never been to Huntington. Fortunately it worked out.

I'm guessing the invasion impacts the factory quite a bit?
(Laughs) I guarantee you it's my lowest profit margin month of the year. It's like, let's hope we can make the payroll this month.

What are the more encouraging things you're seeing these days?
Well my top level guy is Kolohe Andino. I think he's a Top 5 talent. He's struggled with consistency, so we work with him on that. Sometimes his boards are dialed and sometimes we miss the mark. But I think he's got what it takes to get up there. The other thing with Tyler and Carissa is also pretty incredible to watch. 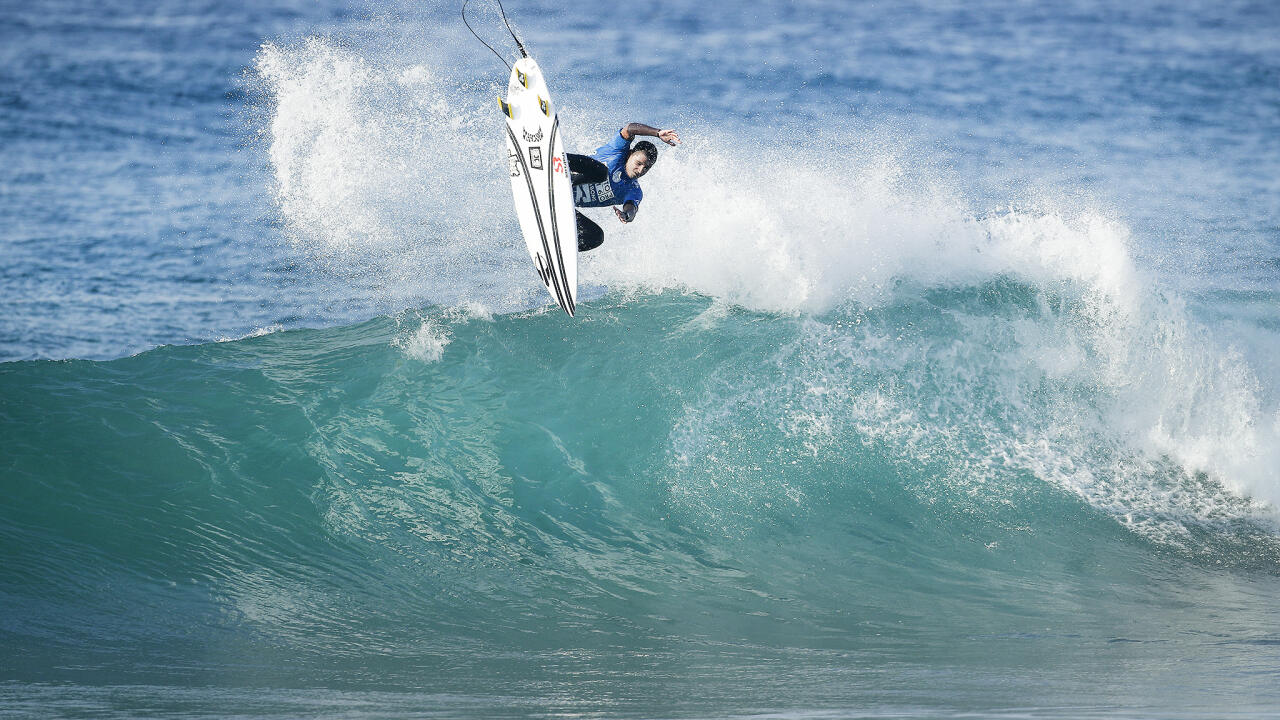 Biolos has been scouting Brazilian talent for more than 15 years now. If he says we should keep Michael Rodriguez on our radar, we may want to listen. - WSL / Kelly Cestari

What about QS up-and-comers?
Well, the QS is strange. It's a much more international tour. There are only about three Americans in the Top 50. So I work with a lot of international guys, like a few off-the-radar Brazilians who are super radical.

I work with a lot of international guys, like a few off-the-radar Brazilians who are super radical.

You've been on that trend for a long time, who's next there?
I've been there probably 20 times. I mean, if you were down there ten years ago you saw all this coming. As for who's next there's a kid named Michael Rodriguez who is super exciting in QS style waves. He's 21, and really good.

And around here?
As far as local guys I think Ian Crane is doing well. He's clawed his way into the big events and he's got all the big moves and classic rail surfing. I think he can match anyone on the QS. And we're really excited about our young San Clemente kid Griffin Colapinto who's raised a lot of eyebrows in the last year. I think he's got the physical stature to match his ability. 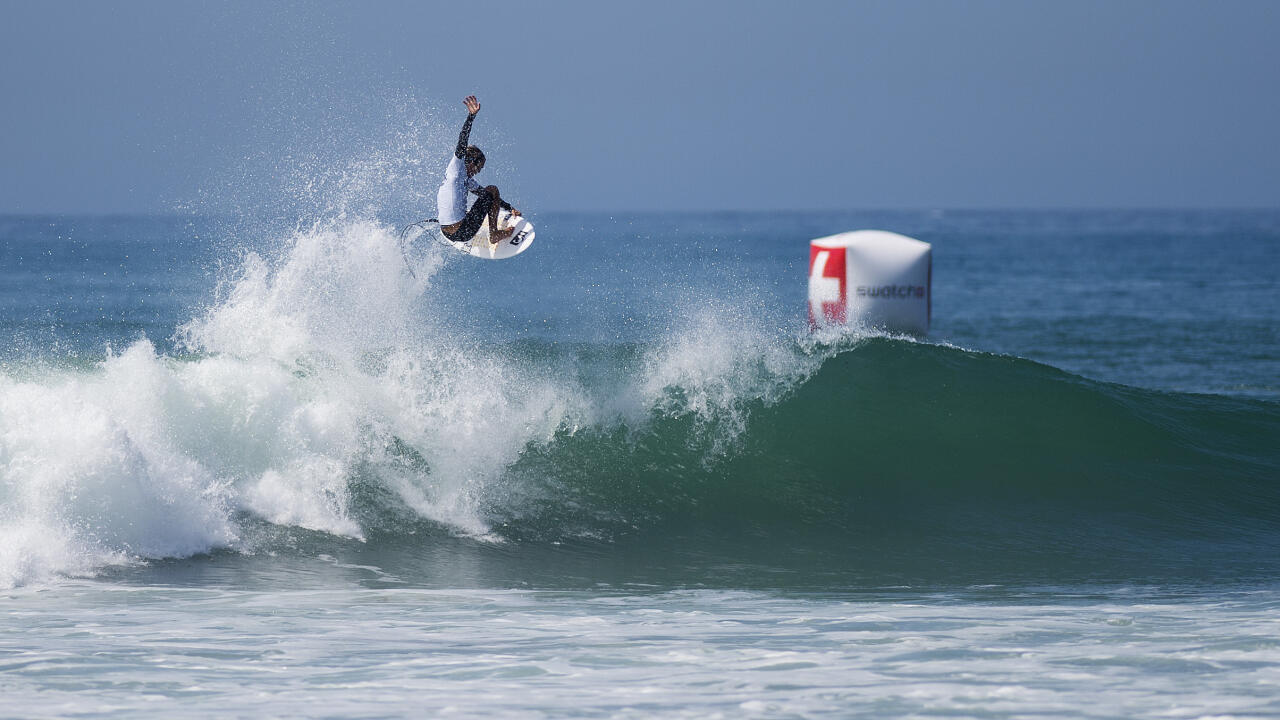 San Clemente isn't the easiest place to get noticed as a surfer. The depth of talent there is deeper than ever with a good chunk of tour stars moving into town. Still, Ian Crane consistently gets the job done, and he's getting some traction on the QS. - WSL / Kirstin Scholtz

I think this is a really exciting time with shaping, because every few events somebody is popping up with a really new and exciting board that really raises eyebrows.

Any design trends got you perked up right now?
I think there's a lot of open mindedness on the QS. There are a lot of adverse waves on the QS, so people are open to trying new things whether it be materials, shapes, constructions to get an advantage. It's a little different on the CT, but I think this is a really exciting time with shaping because every few events somebody is popping up with a really new and exciting board that really raises eyebrows, whether it's Stu Kennedy at Snapper, or Mick Fanning with his little 5'9" channel bottom at J-Bay. Y'know, when that stuff happens it's good for everyone. It helps the entire shaping community. 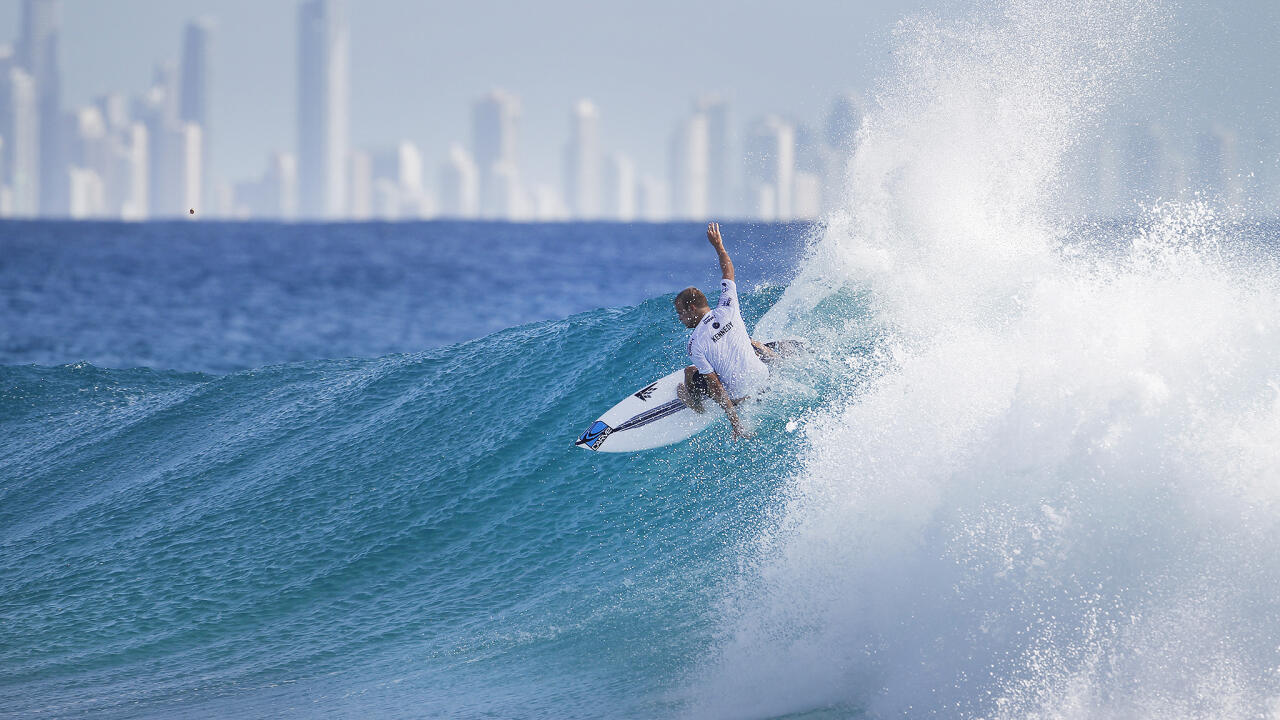 Stu Kennedy's thrashing of the world's best at Snapper riding his new Slater Designs Sci-Fi was something Biolos cheered loudly. 'When that stuff happens it's good for everyone.' - WSL / Kirstin Scholtz

It's interesting to see boards playing a space-race roll again with the creativity. It's almost reminiscent of the Mark Richards, Simon Anderson eras.
Yeah, like when MR came out on twins and it blew everyone away and Simon did it a few years later, that was great for shapers all over the world because people walk in your door and go, ‘Hey that looks pretty cool, can we do that?' And the answer is always, ‘Sure we can. We already are. Let me show you what we're doing.' I think we all do that, and it's good. Griffin Colapinto is another one of the Mayhem team riders turning heads this year. He's already proven himself in a variety of conditions. - WSL / Marenelmar

Last question. Any predictions on how the second half of this year is going to unfold?
Haha. I'm no sage. But if I had to bet my house on it, or was forced at gunpoint…well, I'd probably say Medina. He's just a proven winner. Proven mindset. I think John John has the X-Factor, and he can easily do it - would be a great world champ too. And you gotta love Wilko. I think in some ways our brand and mindset is pretty aligned with him, he's kind of a …lost guy (laughs), but I'm just saying if I had to pick I think Medina's the safe one.