It's no secret that Championship Tour surfers Caio Ibelli and Filipe Toledo are at the forefront of progressive surfing, pushing boundaries with every boost. It's less often, though, that we get to see them without a contest jersey. Without a clock ticking down. Without the pressure to win. But Gabriel Novis' debut feature, Sorria -- which means "smile" in Portuguese -- is an action-packed spectacle that features some of the world's best letting loose outside of the competition format.

Along with creative, high-velocity sequences featuring two of the CT's stars, Sorria is also an unofficial sneak peek at what the next wave of the Brazilian Storm might look like. Surfers from all over the spectrum of the Qualifying Series (QS) rankings -- Yago Dora, Jesse Mendes, Ian Gouveia and Tomas Hermes, among them -- get primetime spots to showcase their respective styles, sem contest jerseys.

At just 24, Novis made the film in part to reframe the global perspective on Brazilian surfers. Yet for all its aspirations of art and diplomacy, Sorria's bread and butter is the staple of the genre: Sessions with some of the world's most exciting surfers, from familiar faces to new names. As the film was released, Novis stopped by for a coffee and a chat on his adopted home turf. Sorria's leading man, Yago Dora, at the 2016 Komunity Project Great Lakes Pro in Australia. He finished there in ninth place, his best result of the year so far. - WSL

WSL: What was the impetus for the film?
Gabriel Novis: Since I moved here [to the U.S.], I've seen a lot of people from here and other countries criticizing Brazilians because we're always noisy and taking up too much space. Everyone talks about it, because we're screaming and dancing. But what we're doing is expressing how happy we are, it's just in the culture. If you go down to Brazil, you'll see how happy we are. In the favela, they have nothing but they always smile. I don't know how, but they do.

I've seen a lot of people from here and other countries criticizing Brazilians because we're always noisy and taking up too much space. But what we're doing is expressing how happy we are, it's just in the culture.

So that's what inspired me. When I made a movie, I wanted to put that into the movie and show this happiness of Brazilian people. That's what made me pick only Brazilian surfers for the project.

WSL: How did the early concepting work? The film has an abstract, creative flair.
GN: I grew up watching all kinds of surf movies and wanted to come up with something a little different. Me and Cornelia [Grimsmo, one of Gabriel's creative partners] decided to use her to represent the smile theme. I didn't want it to be cheesy, like, ‘Oh, be happy.' We wanted to show it in a metaphoric way -- anything related to the act of smiling would be in the movie, and we started to create from there. I would go out and collect objects like, a watermelon -- a slice is like a smile. I would bring these home and start to play with the ideas. Ranked No. 37 on the Qualifying Series, Jesse Mendes has a long road ahead to qualify for 2017. But he's had some flashes of brilliance, too -- like his cameo in Sorria. - WSL / Poullenot/Aquashot

WSL: Are there any key directors or films that have influenced you?
GN: I like Wes Anderson's films. He has a great aesthetic. There's also a production company called Canada, from Barcelona, Spain. They've been such a big reference for me. I've been trying to take in as much as I can from them and their work, and trying to bring a little of the aesthetic into the surfing world.

WSL: Now that the "Storm" has been around for a few years, have you seen any evolution in how Brazilian surfers are perceived overseas?
GN: In the beginning, a couple years ago, there was this hate for Brazilians, you could see especially on the web. I'd see a lot of mean things especially when Medina won his title. A lot of people didn't accept that, they were just mad because he won it. But we've been around and working so hard for long enough that now people have to accept it. It's more chill.

A lot of people didn't accept that Medina was the World Champ, they were just mad because he won it. But we've been around and working so hard for long enough that now people have to accept it.

And the surfers are trying harder to show that they're not monsters. They're trying to try hard and do their best. They are really good guys. There's no reason for this hate.

WSL: Do you think some of it was the language barrier? When people do interviews in a foreign language, they can't always express their personalities to the fullest.
GN: A lot of those guys can speak English, but maybe they can't express themselves as they wish they could. Ian Gouveia is among the many up-and-coming Brazilian surfers who may be in the next wave of the country's CT stars. In April, he made the Quarterfinals at the Martinique Surf Pro, his personal best this season. - WSL / Poullenot/Aquashot

I think they had reasons, too. They are so passionate about surfing, they go for it hard. And maybe they're so excited they're not as respectful of other people because they want to catch as many waves they can. Whereas Americans are more chill.

WSL: What do you see as the biggest difference between Brazilian surfers and say, surfers from America or Australia?
GN: The biggest difference is that in Brazil, we grew up with no support, which makes Brazilian surfers more dedicated. Some of the surfers in Brazil don't surf because they love to surf, they surf because it's a way for them to make some money and support their family. So they work really hard to become the best because they come from nothing.

You can see the contrast at Lowers, little kids with so many [sponsor] stickers on their boards. They have so much support.

And when people come to Australia or the US -- you can see it at Lowers, little kids with so many [sponsor] stickers on their boards. They have so much support. Brands throw so much money at them. And sometimes it doesn't help them -- they don't feel like working hard because they already have what they need. Tomas Hermes, tucking in at the Vans World Cup during the 2014 Triple Crown of Surfing. - WSL / Ed Sloane

WSL: So when you were making Sorria, what were you looking for every time you went out to shoot?
GN: I wanted to show that we can actually have fun, and to remind people that they shouldn't take themselves so seriously. So when it came to those sessions, we'd come to these guys and they're all so busy with their training, when you'd go out in the water they're thinking about training and making heats. So we'd say, ‘Hey, dude. You're not training here. You're here to have fun.' And let them do what they want to do, and try to capture that naturally.

Before shoots we'd say, Hey, dude. You're not training here. You're here to have fun. And let them do what they want to do, and try to capture that naturally. 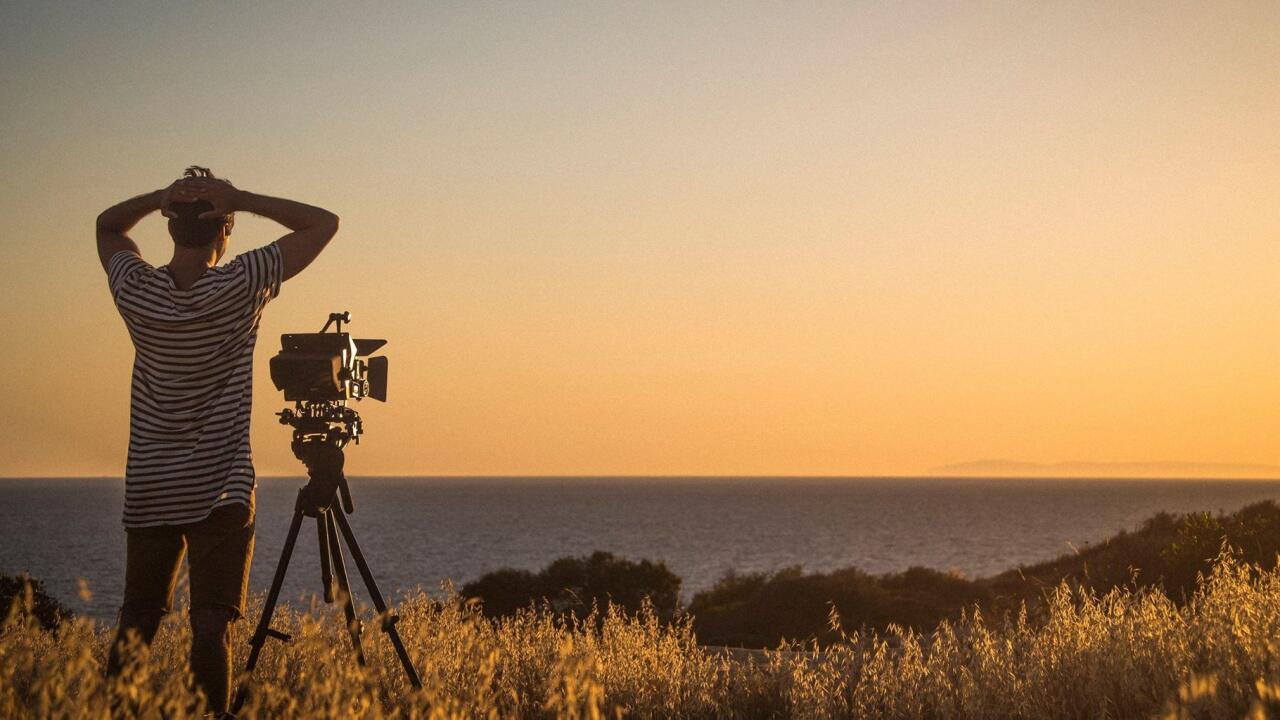 WSL: Why do you think we haven't yet seen a women's Brazilian Storm? Is that next?
GN: At the same time that surfing has never been so big in Brazil, we're having a financial crisis and companies are at their lowest point. So we're kind of wasting this opportunity of getting together all the attention that's going toward surfing and to get support for surfers.

WSL Are Brazilian brands investing in Brazilian surfers?
GN: Yes for CT guys, but it's younger surfers who need the support. Who need the Brazilian brands to support them. And it's really sad because it's the moment when they could be going big in their career, the moment when so many people are watching surfing and watching the live contest webcasts. And at the same time they can't show what they've got because they don't have the money.

WSL: Did the process of making this movie bring you more joy?
GN: Yeah, because the surfers were so busy there could be a month where I wouldn't do any sessions with them. So we would go out and buy those things for the smile scenes and work at home with Cornelia. We had a lot of fun.