Highlights Day 4
1:50
Big surf whittles the field down to 16 in anticipation of exciting finals day at Médoc Océan Lacanau Pro

Reigning European Junior Champion Nelson Cloarec (FRA), 20, impressed this afternoon in the solid conditions as he unleashed two huge turns on a running hollow left. His flawless approach and maximum risk taking was rewarded as judges gave the young QS rookie a near-perfect 9.70 for his effort. "That's what we all love, putting on a good show, hitting big turns and going hard, these were great waves I had so much fun," he reflected. "I'd rather surf this than small surf, I'm tall and feel much more confident in this, it also reminds a lot of the waves at home, big, long waves in the rip, they're just so fun !"

Reunion Island's Jorgann Couzinet (REU), 22, was in the Basque country last night where he competed and won the Anglet Surf de Nuit in small inconsistent surf, at night. The current European N°2 had to transition to the huge, messy surf on offer this morning in Lacanau and succeeded as he navigated the moving lineup perfectly to advance in first twice today. "It was definitely two completely different worlds, I surfed last night with a board a bit heavy and full of lights, which was a lot of fun !" he said. "Today the waves were really powerful and you had to have strong legs to stay up and ride them. I'm stoked it went my way in both events."

Reigning World Junior Champion Lucas Silveira (BRA), 20, displayed his signature powerful carves on the large surf on offer and scored one of the biggest heat totals of the day. As conditions evolved, Silveira was one of the first surfers to sit on the inside section this morning and surf heavy left-handers close to shore, committing to hit the end section for maximum points. In his afternoon bout, Silveira scored big on single-maneuver waves to advance into Round 5. "Watching the previous heats I could tell everyone was struggling but at the same time we saw that sick left and knew it was just about trying to stay in the right spot," he explained. "I managed to get into a good rhythm and maintain that position to catch three really good waves. I love every kind of conditions but I have to admit my surfing is kind of made for these particular waves so I had a lot of fun."

Heat N°13 of the third round was by far the most entertaining today with long-time QS threat Jonathan Gonzalez (CNY), 35, lighting it up in the first minutes of the exchange. The Canarian selected a hollow inside wave to perform three ultra critical turns on his backhand for a near-perfect 9.60. Unfortunately Gonzalez was never able to really find another good score, while his opponents Leonardo Fioravanti (ITA), Jobe Harriss (GBR) and Jared Hickel (AUS) all found themselves on great waves and dropping excellent scores in the 8 points range. A power outage disturbed the heat with officials unable to announce scores and heat situation while all three surfers kept surfing back-to-back waves. When the dust settled, it was finally Fioravanti and Hickel that came out first and second respectively to advance into Round 4.

The Italian phenom, current leader of the Qualifying Series worldwide, went on to secure another heat win in Round 4 and will look to continue his tear when competition resumes on finals day Sunday. 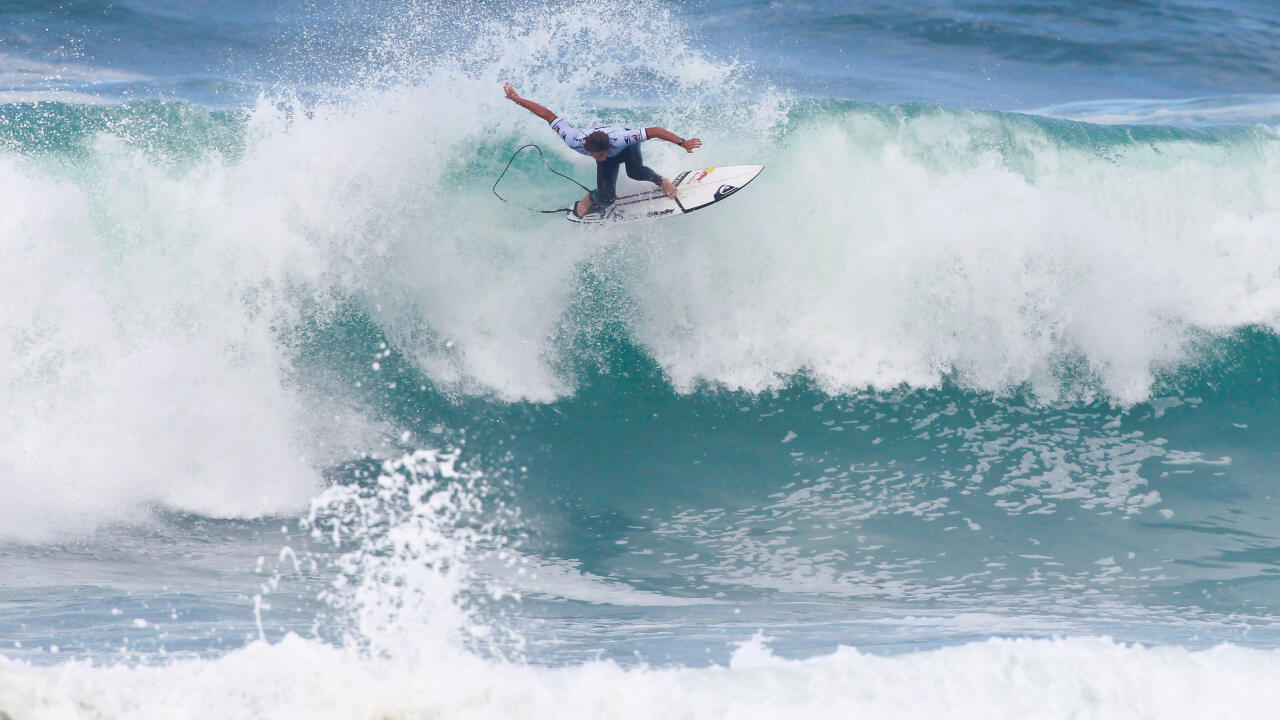 "Today was such a hard day, all the waves I got were great but to get them meant huge efforts so I'm stoked to make it through those two rounds," he admitted. "I've trained a lot physically and it definitely pays out in those conditions, if you're not fit you won't last long out there. Tomorrow is looking like a really good day for the finals and I'm excited !"

Last year's event champion Maxime Huscenot (FRA), 24, came back to Lacanau brimming with confidence and determined to defend his title. With conditions somewhat similar to the finals day's waves from 2015, Huscenot despite an average start, was quick to find his feet and post big scores and qualify for the next round of competition. "I surfed a longer board I haven't used in a while so it took me a little time to get into it and find my rhythm," he admitted. "But I figured out where to sit mid-heat this morning and finally started to surf good waves. I'm really comfortable in conditions like this, I grew up surfing big lefts and I love it."

Wade Carmichael (AUS), 23, was first to take on the testing conditions in today's opening heat and helped set the judges' scale with excellent surfing on the big sets breaking outside on the high tide. "It was tough, I had a free surf this morning and didn't get anything except a lot of paddling," he commented. "When we started our heat the power went out and we paddled for an extra 10 minutes. Waves were really good, you just had to be in that spot to get in. I was comfortable out there and I'm keen to go again if needed."

Unfortunately Carmichael was unable to repeat his morning performance, only able to find one solid wave this afternoon and left chasing a small score, ultimately placing third.

Surfers and event organizers will reconvene at 9AM Sunday for the final call of the 2016 Médoc Océan Lacanau Pro.

Two more high pressure rounds go down at the SEAT Pro Netanya pres. by REEF, as competitors light up a playful Mediterranean swell.