August was a busy month in the world of pro surfing. And because keeping up with the headlines is never easy when you're out having fun, we've gathered a few of the more notable and quotable moments of August before they hit the end-of-month books. "I'll tell you what, Andy right now would equally be mad and stoked that I won this thing."
Kelly Slater on winning the Andy Irons Most Committed Performance Award at the Billabong Pro Tahiti. "It's funny because everyone talks about how chilled out this event is, but we're all competitive. Deep down, as soon as we paddle out, we're in it to win it."
Taj Burrow after winning the 2016 Four Seasons Maldives Surfing Champions Trophy against Shane Dorian, Rob Machado, Travis Logie, Jamie O'Brien and Bethany Hamilton. "Surfing in the dark is definitely extraordinary, even with all the balloons and LEDs on the board, you never quite see as well as during the day."
Jorgann Couzinet, the winner of the Anglet Surf de Nuit, a night-surfing competition in France. "There were a couple of years where I was fighting for my career, and learning to be a dad, and it was really tough. I grew a lot as a person. I definitely feel now that I'm only one big result away from being in the world title race."
World No. 4 Adrian Buchan talks tour life to the WSL. Bianca Buitendag prior to her Quarterfinal heat at the Margaret River Pro. - WSL / Ed Sloane

"In my culture it's not very popular to go out and travel. You have to go to school, go to a university, get married..."
In a recent Bianca Buitendag interview, she discusses her Afrikaner background, in which she didn't learn English until she went to high school and how surfing offered a different path. "I love watching John surf and he's amazing, but right now, in the position we are in, I'm probably not his biggest fan."
Matt Wilkinson after losing his Round 3 heat during the Billabong Pro Tahiti and relinquishing the Yellow Jersey to John John Florence. "This was more about delivering an experience to our athletes -- and we're excited that 12-year-old surfers can now imagine being Gold Medalists, as well as World Champions."
Paul Speaker, WSL CEO, in an interview with Surfline regarding surfing's inclusion in the Tokyo Olympics. "I have been surfing for a couple of months now. I was on a longboard for a few weeks then upgraded to a 6'8" single fin for about a month and now I'm back on my regular shortboard. Every surf I go for, it feels better and better. I have entered Haleiwa, Sunset and Pipe in Hawaii."
Bede Durbidge released a statement about overcoming a broken pelvis and returning to competition. "If he had 20 bucks and we were hungry he'd spend it and then try to figure out how to get the next 20 bucks. Dad never worried about money so it just rubbed off that if he wasn't stressing why should I be stressing?"
Matt Wilkinson on his upbringing, and his personality, in a revealing interview with the WSL. 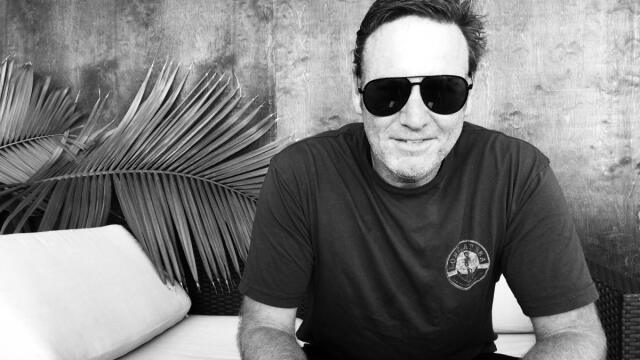 "Haha. I'm no sage. But if I had to bet my house on it, or was forced at gunpoint…well, I'd probably say Medina. He's just a proven winner. Proven mindset."
Lost shaper to the stars, Matt Biolos on the world title race during a WSL interview. "From my point of view, there is no local. We are all locals of this universe and today we are all locals at Padang Padang."
Local hero and winner of the Rip Curl Cup, Mega Semadhi shares the love. "I feel like Italo thought he was going to walk through that heat. He probably thought I was an easy draw but I'm giving it the best I can. I'm fighting for money, for my career, for my work. I'm not just going to let these guys take my money, and take my job."
Keanu Asing after his win against Italo Ferreira during Round 4 of the Billabong Pro Tahiti.