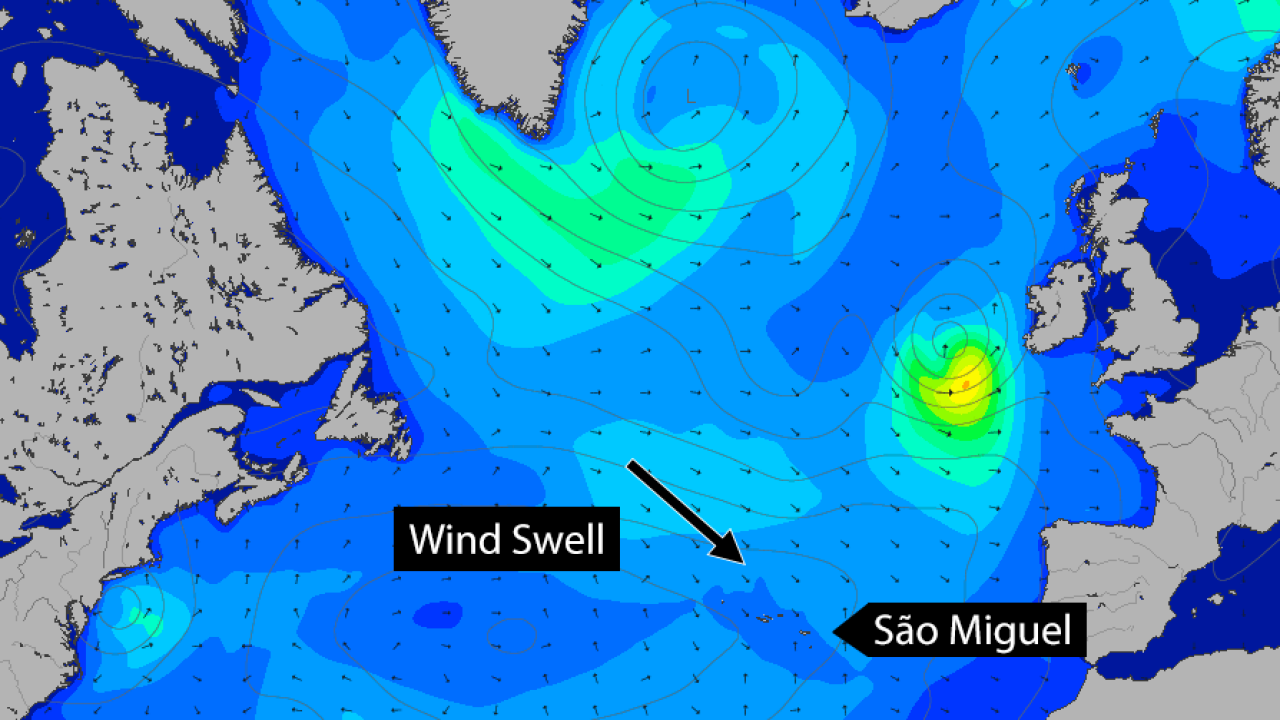 Waves all-week on the table for the Azores Pro - WSL / MagicSeaWeed.com

Ongoing pulses of NW swell in the mid period range with some onshore air flow starting from the north and moving west as we continue through the window.

Punchy new NNW swell with waves in the head high range and some disruption from an onshore breeze.

Yesterday's swell drops into the chest high range but with improved winds. Lighter from the west.

Continuing pulses of mid period swell and generally westerly winds fresh at times. A swell we'd been tracking for this window now looks likely to arrive after the end of competition.