Qualifying for the elite Championship Tour is one of the most difficult feats in all of surfing. So for those who pull it off, there's nothing worse than the notion of falling off a year later. In terms of qualifying for next year's Championship Tour, rookie Jack Freestone is on the outside looking in at the moment. - WSL / Kelly Cestari

Yet as 2016 season enters its fourth quarter, several rookies are facing that cruel fate, because each one of them is still floating on the dreaded requalification "bubble."

As of this week, Caio Ibelli, Stu Kennedy, and Kanoa Igarashi are ranked No. 17, 19, and 21 respectively on the CT Jeep Leaderboard. If they can hold those positions they'll lock CT slots for next year; the Top 22-ranked CT surfers make the cut at year's end. At No. 17 on the Jeep Leaderboard, Brazilian Caio Ibelli is currently making the cut on the CT, which is good, because he's No. 184 on the QS. - WSL / Kelly Cestari

But with three events left to go the ratings are very fluid.

That's why rookies are hedging their bets on the Qualifying Series (QS), where the Top 10-ranked surfers at the end of the year also earn spots on next year's CT. Davey Cathels is another CT rookie who's living on the edge heading into the home stretch. - WSL / Kenny Morris

This is where the grind begins, as surfers spend the next two months living out of suitcases and chasing precious QS points, starting with the important Billabong Pro Cascais, a QS10000 event that starts Saturday local time. It's one of the most heavily weighted QS events of the year, so the roster is stacked. Kanoa Igarashi has been busy hedging his bets on the QS. After a strong performance at the Vans US Open of Surfing, he recently won the Pantin Classic Galicia Pro in Europe - WSL / Laurent Masurel

Surprisingly, only Kanoa Igarashi and Ryan Callinan have been proactively hedging their bets this year. Technically, Kanoa is "double qualifying" at the moment, making the cut on both the CT and the QS, which is a much better position than the rest of his peers.

Ryan Callinan is in the next best position on the QS. Though he's ranked No. 11 on the QS at the moment, if the tour stopped today he'd requalify, thanks to Kanoa's double qualification. Double qualifiers open up another QS slot, which would sneak Callinan in. 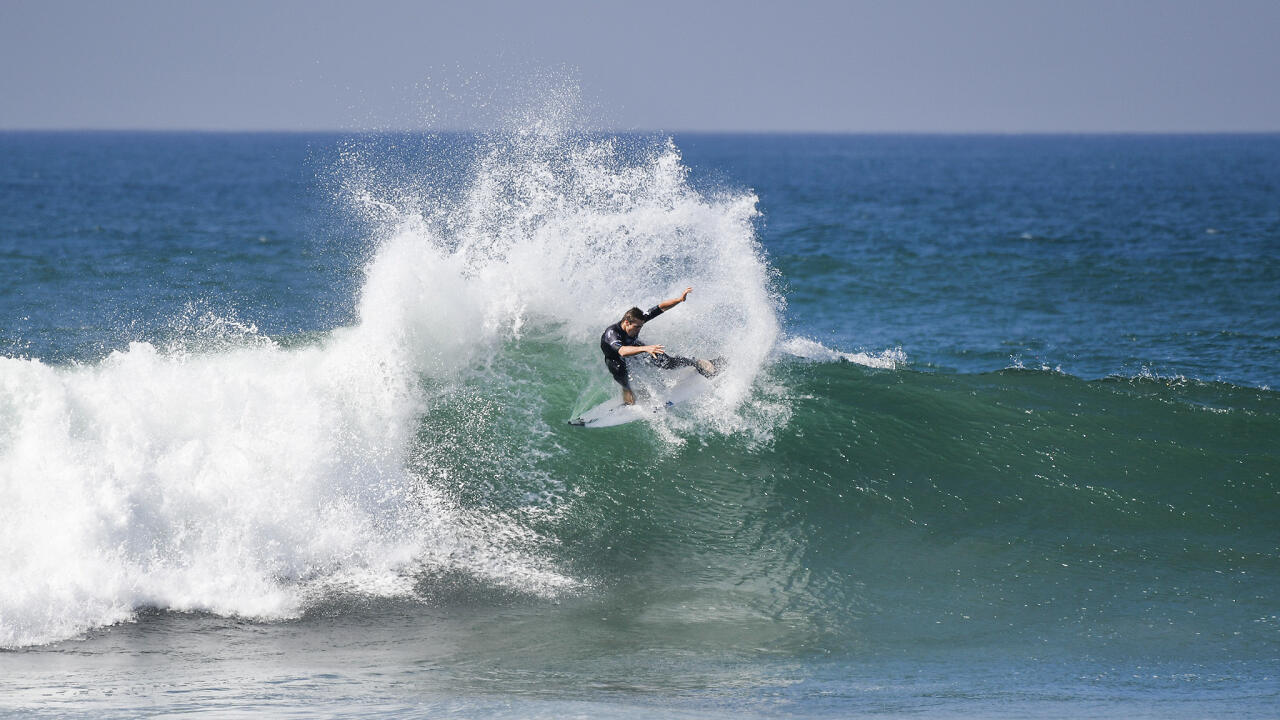 Ryan Callinan has had a rough season on the CT, but he's been one of the more proactive rookies working his way through the QS, where he's currently No. 11. - WSL / Kirstin Scholtz

The rest of the CT rookies have work to do, including Jack Freestone, Conner Coffin, Davey Cathels and Alex Ribeiro.

Freestone is No. 28 on the CT; 32 on the QS. Cathels is No. 27 and 24 respectively. Both have two viable paths to chase to requalification, so you can bet their bags are packed accordingly. California's Conner Coffin has placed most of his bets on the CT, where he's ranked No. 25. - WSL / Jackson Van Kirk

Meanwhile, Conner Coffin is ranked No. 78 on the QS, so cracking the Top 10 is a tall order. But since he's ranked No. 25 on the CT, he only needs to jump three spots to keep his CT dream alive.

For those looking to hedge their bets on the QS, the road gets tougher from here too, because CT veterans in similar situations are joining them in the hunt.

Things are just starting to get interesting.