Jadson Andre's future on the Championship Tour is far from secure after a devastating European leg. Heading into Pipeline he's ranked No. 25 on the CT, and needs something in the range of a Semifinal finish to lock a spot on next year's Tour. Though he's been surfing with an injury for much of the year, he knows that the 2017 injury wildcard spots will likely belong to Owen Wright and Bede Durbidge.

1:15
Andre's run in the MEO Rip Curl Pro started off well. He sent John John Florence to the sudden-death round after besting him in their Round One match.

Yet, while Andre was clearly unhappy with his results in France and Portugal, his attitude remains exemplary. He may be down, but he's ready to get back up, as quickly as possible.

You had a narrow loss to Julian Wilson in Portugal. How do you shake that off?
Haha. When I heard he got the score he needed I started crying. I didn't know what to do. I went to the judge's tower. I wanted to ask them. But as soon as I went to them I couldn't even talk. I was just crying. I just wanted to ask them why...but I just left. After that I took a shower and called my girlfriend. When I woke up the next morning and I was okay. I don't take things too personal. For some reason, I had to lose that heat. Despite ongoing knee pain, Andre handled what Cloudbreak had for him in May. He finished in ninth place in Fiji. - WSL / Kelly Cestari

Where does that method of thinking come from?
My whole family, we put trust in God. We think that everything happens for a reason, it doesn't matter if it's a good thing or a bad thing. My mom doesn't really understand surfing and the numbers but she knows when I'm doing good. She knows that I surf when I'm injured. When I go home she sees my injuries. [But during the contest in Cascais, Portgual,] She left me a three-minute voicemail [with a memory from my childhood].

4:59
Unfortunately for Andre he suffered a tough loss to Julian Wilson in Round Three. It was a heavy blow to his requalification effort.

My parents had me when they were really young, so they didn't have any money. I really wanted a football but they didn't have enough to get me one. When my Dad got a job he saved enough to buy me a football. It ended up getting a hole in it and it deflated. My mom said that my dad came home crying because he didn't have enough to buy another one. She said that was one of the saddest days for them, when they were younger. But now I surf and I have given them a better life and I can buy lots of footballs, so I should not be sad for anything.

My mom said that my dad came home crying because he didn't have enough to buy another one. She said that was one of the saddest days for them.

I really take that as -- whatever happens, I'm going to be fine. The ball was $2 and they weren't able to buy it. This is all a blessing. I'm not going to complain about anything. This is the journey. I love what I do and I love this tour. I'm really grateful for what surfing has done for my family and me. Jadson Andre's explosive win over Kelly Slater at the 2010 Santa Catarina Pro proved was ultimately the lightning on the front edge of the Brazilian Storm. He remains a huge role model for those who followed, like Miguel Pupo. - WSL

I compare it to where we were 10 years ago, 12 years ago. Each day I want to wake up and be a better surfer, be a better person, be a better friend. It's all about improving. Jadson's air game is as lethal as ever, and he's happy to put it to use wherever he needs to. - WSL / Poullenot/Aquashot

What's your plan for the rest of the season?
I have four contests left. Three QS and one CT. I'm so glad I get to go to Florianopolis [for the Hang Loose Pro] and see my girlfriend, she lives there. And then Hawaii. I'm excited.

Despite your struggles in Portugal, your surfing was looking amazing.
Yeah, things didn't go down like I wanted. After the heat in Portugal I was so upset, I cried for like four hours straight. But I think it was good because after that everything went away. I'm sad, but I'm okay with myself. And it's not over yet. It's easier for me to do well at Pipe. Sunset is a really challenging wave and I've never done that well there; Haleiwa too. I've only made it to the Quarters. For me, I want to at least make the Semis. 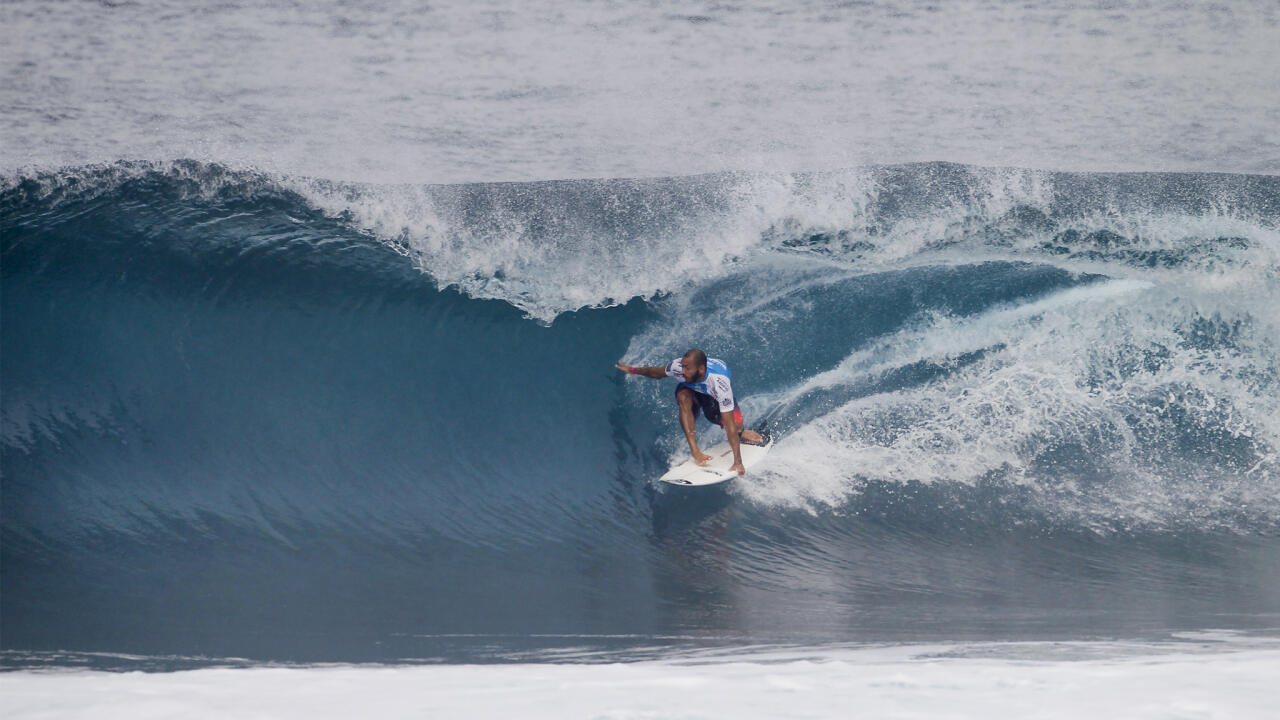 Everyone on Tour knows about my injuries. But there's no more room for injury replacements next year. If I don't qualify, I'll try somehow to be a replacement or something like that, but I'm not going to take someone else's spot if they are ready. That's their spot. It wouldn't be fair if I took their spot, I wouldn't be happy with myself. I wouldn't surf happy. I would be shy, almost, if I wasn't supposed to be there.

After the heat in Portugal, I was so upset. I cried for like four hours straight. But after that everything went away. I'm sad but I'm okay with myself.

Plan A: Requalify through the CT. Plan B: Injury replacement. What's plan C?
Go back to the QS and qualify there. That's life. It's up and down. I'll be really sad if I don't requalify and don't get the first replacement. But if that happens, it happens. I think something good will happen.

Jadson surfs next in the Hang Loose Pro, a QS6,000 in Brazil. Watch live daily November 1- 6 on the WSL website and app.