"There is probably no harder QS competition on tour than the Hawaiian Pro," Championship Tour (CT) rookie Ryan Callinan told the WSL. "All the top CT guys enter, the waves at Haleiwa are usually demanding, and being late in the year everyone is scrambling for points. It's gnarly." 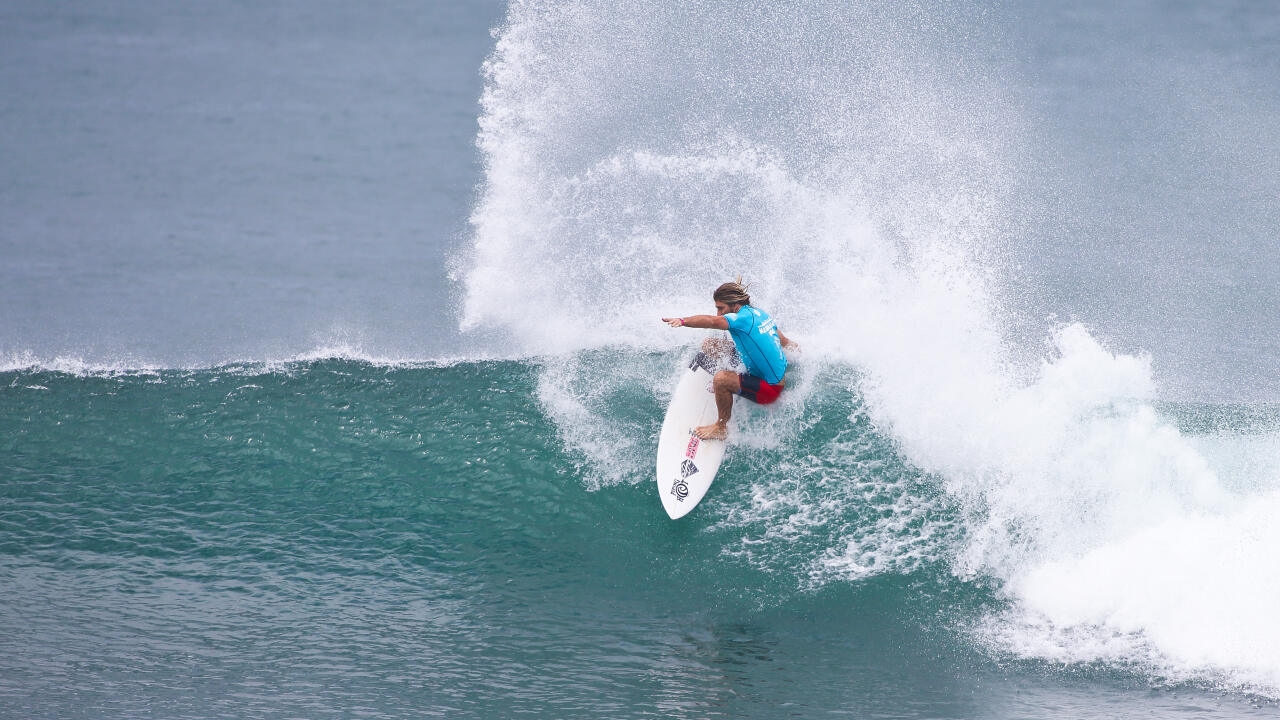 It is perhaps strange then, given the strength of the field and the quality of the break, that the Hawaiian Pro has thrown up a series of major upsets in recent years. Last year Australian Wade Carmichael entered the event in 59th place on the Qualifying Series (QS) rankings and surfed all the way from Round One to secure victory. He ended up rising to 13th and for a brief, glorious week, led the Vans Triple Crown of Surfing Ratings.

Connor O'Leary is headed into the Hawaiian Pro ranked No. 3 on the Qualifying Series. - WSL / Laurent Masurel

The year before was a similar tale for Dusty Payne. Going into the event rated 97 on the QS and with CT qualification seemingly out of the question, Payne won at Haleiwa, then backed it up at Sunset to make a miraculous leap on to the elite tour for 2015. In 2012 it was almost an identical scenario for Sebastian Zietz, who came from deep in the rankings to take a win at the Hawaiian Pro and stake a claim to be in the world's top 32. Seabass and the spoils of victory. - WSL / Kelly Cestari

In 2009 it was another Hawaiian, Joel Centeio, who hatched a huge upset, while in 2008 it was the Tahitian Michel Bourez who announced himself on the world stage in Haleiwa.

So with the event starting on November 12, will this year provide another bolt from the blue, and provide a surfer with 10,000 QS points that can change a year, or even a career? Griffin Colapinto is one surfer who fits the bill. He has just jumped up from 73 to 40 in the rankings courtesy of a Semifinal in the Hang Loose Pro last week in Brazil. While only 18 years old, he's been making a name for himself during the last few seasons with committed performances at the North Shore's heaviest breaks. Patrick Gudauskas is one of several QS surfers within striking distance of qualifying for next year's tour. Hawaii is their final stand for 2016. - WSL / Laurent Masurel

Of the Hawaiians looking to replicate the giant-killing runs of Payne and Zietz, Mason Ho will also be considered dangerous, despite his low ranking. He has confidence gained from his win at the HIC Pro Sunset, plus his intimate knowledge of the Haleiwa reef and rips. Torrey Meister, currently rated 47, is also capable of a big result, if he gets on a roll.

Of the lower-ranked Brazilians, Lucas Silveira is also a dark horse. The former World Junior Champion has cemented a big North Shore rep with performances at Pipe and Jaws, and will be hoping for a macking swell that suits his power game. Other power surfers whose style suit the Haleiwa rip bowls include two French surfers, Marc Lacomare and Charly Martin, and the veteran Australian Tom Whitaker, who has been a standout at Haleiwa for over a decade. History shows that trying to pick a winner at the Hawaiian Pro is like trying to find a needle in a haystack, but by November 23 another name will be added to the list of winners. Whether it's a world champion, a Hawaiian veteran, a new-generation ripper or a QS backbencher remains to be seen.

Watch the Hawaiian Pro live daily on the WSL homepage and app from Nov. 12 - 23.