For the third year running, the women's Championship Tour (CT) will wrap up the season with the Maui Women's Pro, Nov. 23 to December 5. The event takes place at Honolua Bay, one of the most revered waves on earth, and a perfect high-octane stop to cap off the year.

Carissa's 10
2:32
Two-time event winner Carissa Moore is a master at Honolua Bay. Her final last year against Sally Fitzgibbons was a barrel-fest.

WSL Deputy Commissioner Jessi Miley-Dyer -- who won the event in 2006 -- talked about what makes the wave so alluring, and its place in women's surfing.

WSL: What is the significance of having the women's tour stop in Maui?
Jessi Miley-Dyer: Before 2010, we had 10 years of competing at that spot, surfers love tradition. We'd always finish the year up in Maui, and we saw some sick battles there. It was always a place where the tour was together, in Hawaii. For example, this year we'll do Thanksgiving together. It's pretty quiet, not like the North Shore - it's a good place to close out the year. The women's tour loves coming to Maui.

We'd always finish the year up in Maui, and we saw some sick battles there. It was always a place where the tour was together, in Hawaii.

In 2014, due to the commitment of new ownership of the WSL, in the acquisition of the ASP, we brought back Maui and Fiji, and added Trestles too. With the return to Honolua Bay, we finish the season on a heavy wave in Hawaii, which is important to the tour. Hawaii was always the Mecca of surfing, people go there to prove themselves. So we have Hawaii, we brought back Fiji, which is another heavy wave but a different style, and we added Trestles for the first time. That's what we did to stabilize the platform. 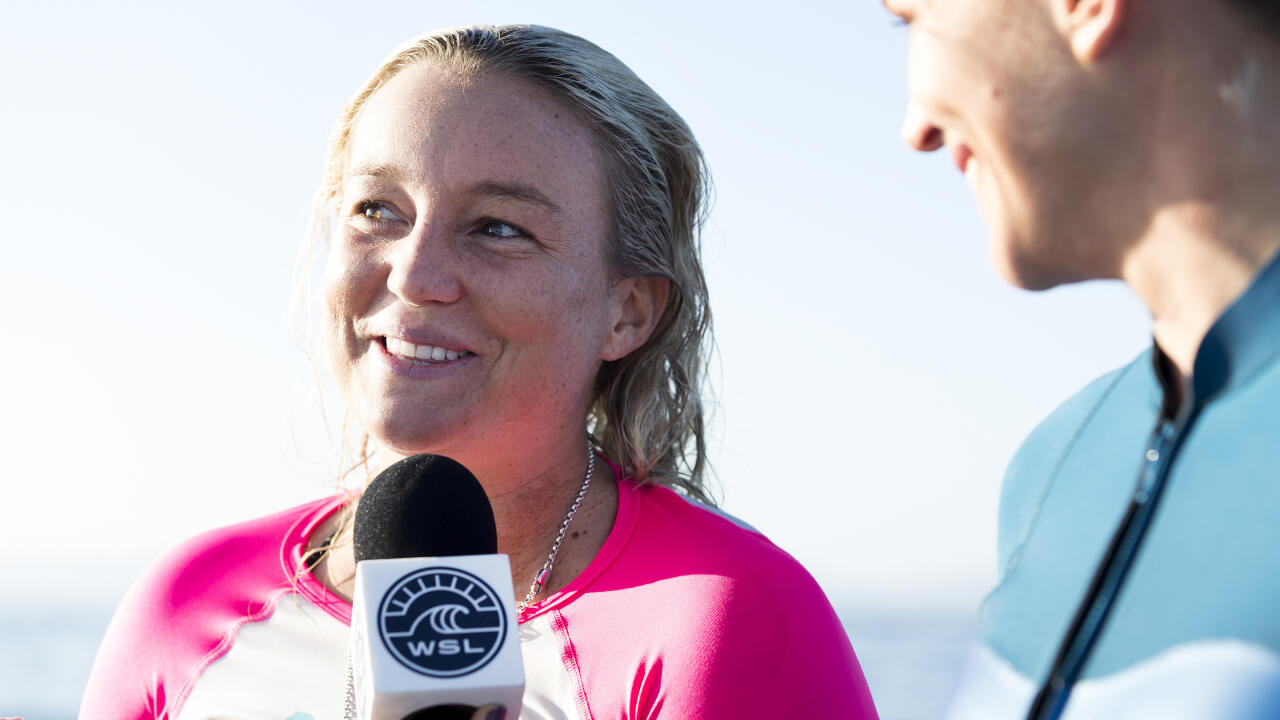 What did that stabilizing mean, and entail?
Before the WSL acquisition the women's tour was in a pretty bad place. We were finishing the year months before the men, and we had lost all of the really great venues. We brought those back to make sure that the women's tour had the same opportunities as the men. And we've committed to running the tour in the best waves that we can. Honolua Bay is easily one of the best waves in the world. It is perfect.

Honolua Bay is easily one of the best waves in the world. It is perfect.

Unlike the previous two years in Maui, the women's World Title has already been decided. What role will the contest play this time?
This year there's an even bigger focus on people trying to save their spots on tour. This will be a really good victory lap for the tour as well. In a lot of ways the pressure is going to be off a lot of the surfers, especially at the upper end of the rankings. Stephanie Gilmore has won the Maui event three times, and was crowned World Champion there in 2014. Without a win yet this season, Honolua could inspire her to let loose. - WSL / Laurent Masurel

So sometimes, when you have things like the title race completed, you see people really relax and start to be playful. The Maui Pro this year could be a different kind of a show, and could free up the top end of the rankings to perform in new ways. Without the pressure of a Title Race on her shoulders, Courtney Conlogue could unleash next week in Maui. - WSL / Kelly Cestari

You have someone like Tyler [Wright, the 2016 World Champion], who that wave is made for. Someone like Steph [Gilmore] as well, who loves that place and hasn't won an event this year. Or someone like Courtney [Conlogue, the Title runner-up], who has no World Title to focus on, she's now focused on next year. You might see her do different things in heats to try them out before it really counts for her.

As someone who has won at Honolua Bay, what would you say is the key to doing well there?
It can be inconsistent, so there's a lot of sitting. But when the waves do come, they're really good. So you the trick at Honolua Bay is to not get sucked into taking off on smaller inside waves. There are two sections to the wave -- the section where we surf is called the Cave. That's where you see all those iconic photos, from the Cave section. And the other section is called Coconuts. According to Miley-Dyer, Honolua Bay is a dream for goofyfooters, who can use their backhand to help with pacing on the wave. Bianca Buitendag demonstrates. - WSL / Poullenot/Aquashot

People on their backhand tend to do well because that slows you down, and gives you a good opportunity to do a big hook on your backhand. That can be tricky to do on your forehand, and surfers tend to look at the barrel, whereas on the backhand, it can be better to make that big turn.

What is the area around the break like?
Honolua Bay is a pristine area. Around that break, and the drive in, there's a golf course and a hotel, but right where we are there's nothing but nature, it has been preserved. For that reason, we have a very small footprint on site.

Catch the women competing at the Maui Women's Pro live daily on the WSL website and app from November 23 - December 5.