The only Pipe records Kelly can break are his own. Like when he became the oldest Pipe Master in 2013, at 41. Could he push that out further, to 44? - WSL / Kirstin Scholtz

Both the statisticians and the non-statisticians among you may note that 11-time World Champion Kelly Slater's record at Pipeline, just like his record any and everywhere, more than stands up to scrutiny.

It's a powerful argument for the primacy of nurture over nature that the 44-year-old, from the generally un-Banzai, un-Piping waters of Cocoa Beach, Florida, has won the Pipe Masters a colossal seven times. 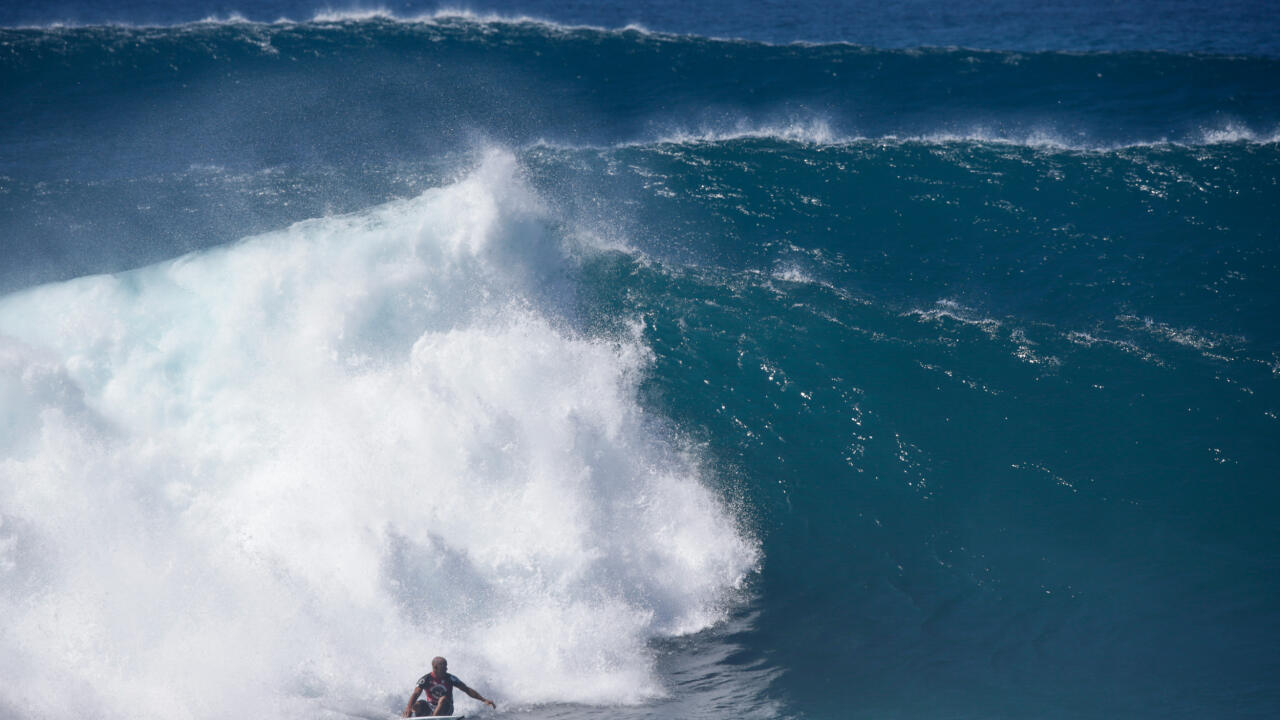 One item that doesn't show up in Slater's Pipe Masters stats are his performances at the Volcom Pipe Pro, which, by the way, he won in 2016. - WSL / tony heff

Not only is Slater supreme in terms of trophy haul, he's even is credited with coming up with the overlapping man-on-man heat format that keeps four surfers in the lineup to comply with state regulations. Talk about some extra credit homework. Wave selection at Pipe comes from experience. And there isn't anybody with more of that than the 11-time World Champ. - WSL / Laurent Masurel

When he arrived on the North Shore that season, Boyz II Men were ruling the Billboard Charts, and Whitney Houston's "I Will Always Love You" had taken over by the time he left. Pop music's chilling prophecy to an era of dominance went largely unnoticed. While a huge fan of the left, Slater is always looking for the Backdoor bomb. - WSL

But hold on. Given that he's been in the game so long, doesn't that make his haul (marginally) less impressive? After all, as French mathematician Émile Borel noted in 1913, given enough attempts, a room of monkeys with typewriters will eventually come up with the complete works of Shakespeare, word for word.

And here's another stat that may have escaped you; Slater has won the Pipe Masters twice since 1999. That's right, two wins in 17 years, one in each decade since the turn of the millennium (2008, 2013). Sure, it's still one more win than fellow Pipe Masters Machado, Durbidge, De Souza, Parkinson, Flores, Wilson, Perrow, O'Brien, and Bruce Irons have mustered in that time, impressive in itself. But it's hardly what you'd call one-way traffic, either.

First, stats can be deceptive. It's important to observe that not all Pipe Masters wins are created equal. There are Pipe wins for the already requalified, mid-ranking Tour pro. The are wildcards wins, Hail Mary shots to back up reps with actual silverware. There are Pipe wins that win the World Title. There are wins as consolation to losing a Pipeline World Title showdown. You can debate which carry more weight amongst yourselves; suffice it to say that Slater has won every kind (except the wildcard). As a much more contemporary form guide, it should not escape you that Slater won the Volcom Pipe Pro QS event early in 2016, in epic conditions that some were calling the best Pipe for a contest, ever (one of Slater's fellow finalists was Makai McNamara, whose dad, Liam, was in that ‘92 final).

Slater won that same Volcom event in 2014, and made the Final in 2015. Factor those heaviest hitting of Qualifying Series events in with his 2013 Pipe Masters win, and his recent Pipe record, and just like snorkeling the reef at Pipe on a flat day, it gets more impressive the closer you look. The 44-year-old has topped the Pipe Masters' podium seven times, but even that stat masquerades his dominance. - WSL / Kelly Cestari

Even considering Pipeline Masters results only in the last five years, in terms of average finish (a win, two Semis, a Quarters, and a Round Three) only Joel Parkinson ranks higher, and only by the slimmest of margins (win, runner-up, Semis, Round Five and Round Three).

"You can make statistics prove anything you want," observed Unhygienix the fishmonger's wife, in the French comics Asterix. Quite right she was, too. Slater loves being a showman, and there's no better stage than Pipeline. - WSL / Kirstin Scholtz

So go ahead, scrutinize the forecast. Crunch numbers, massage data if you need to. Weigh that up with your qualitative analysis, your anecdotal evidence when considering the breathtaking dominance of Slater at the Pipe Masters. For Slater, one thing is for sure...the hollower the better. - WSL / Kelly Cestari

The rub? Not having Slater in your Fantasy Team for Pipe is like not having Jordan in your starting five.

Émile Borel, go wash your mouth out with soap.