Between injury, tight losses, and illness, Jadson Andre's 2016 season on the Samsung Galaxy Championship Tour has been far from smooth. But when competitive surfing is your only means of survival, you figure out a way to fight through the pain. Today, the Brazilian finally got the break he was looking for when he secured his CT future in the final Qualifying Series event of the year at Sunset. 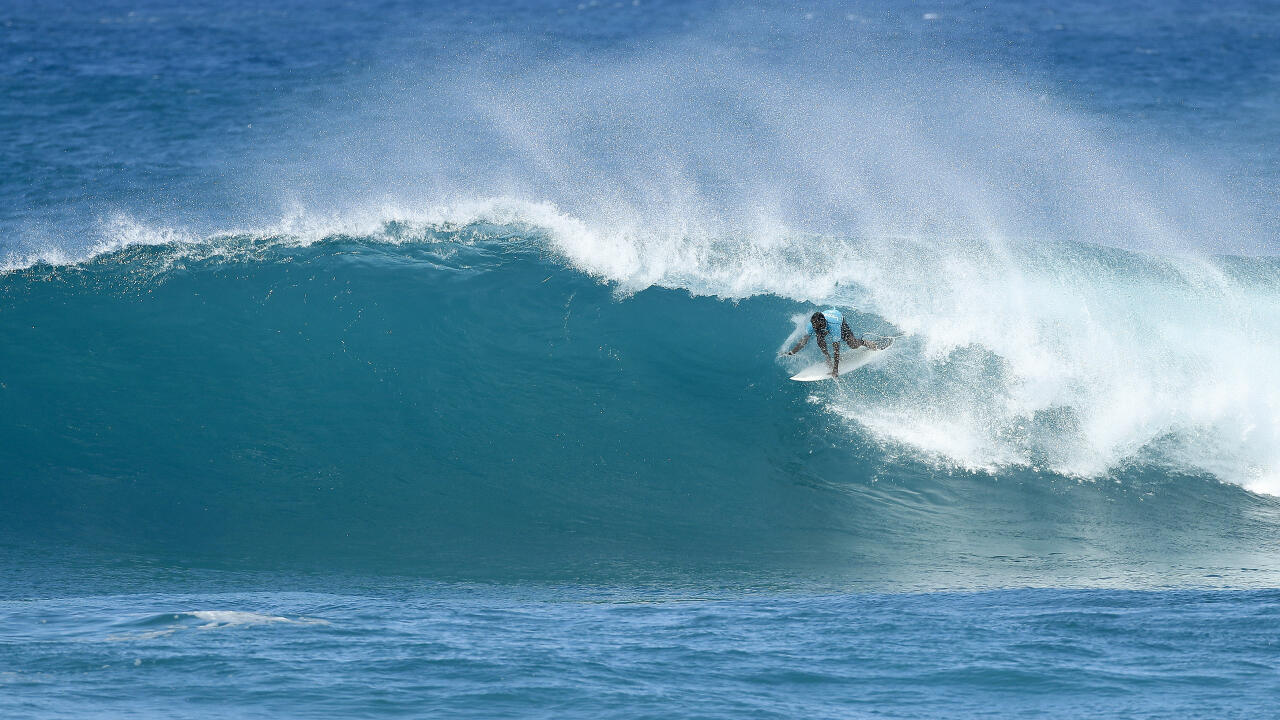 Heading into Hawaii, Jadson knew there was no easy route to requalifying for the Championship Tour. Ranked No. 25 on the CT Jadson landed on the North Shore with his livelihood on the line, and he couldn't afford to put all his eggs in the Pipe Masters basket. So, with 20,000 points still up for grabs in the last two Qualifying Series events of the season, he committed to grinding his way up the QS ranks.

Jadson Makes Moves at Haleiwa
2:58
The cagey Brazilian veteran needed a big result at the Hawaiian Pro...and he got it.

After a huge 5th-place result at the Reef Hawaiian Pro (QS10000), he sat at No. 12 on the QS leaderboard -- a huge step, but he needed more. With a slew of other CT hopefuls nipping at his heels, Andre needed to crack the Quarterfinals at the Vans World Cup in order to push into the top 10 on the QS, which guarantees a CT slot. Starting in Round Three at Sunset, he squared off against fellow CT superstars and QS warriors in thumping surf. And he refused to lose. However, his whole season came down to Round Four where he faced off against none other than 11x World Champ Kelly Slater. Still, his competitive fire and clean backhand attack couldn't be denied. The scrappy Brazilian advanced with the King, and when he pushed through his hard-fought Quarterfinal heat, he officially etched his name onto the 2017 CT roster.

Jadson Secures His CT Destiny
3:09
Jadson sealed his 2017 Samsung Galaxy Championship Tour slot when he advanced through Round Four at Sunset.

Now, knowing his job is safe, Andre can breathe easy and focus on finding some bonus barrels at Pipe.