Final Highlights
2:22
Brazil's Phil Rajzman comes out on top of a stacked finals day at the Jeep World Longboard Championship.

Nine years after his first title, Brazilian Phil Rajzman has won the 2016 Jeep World Longboard Championship presented by Wanning. Rajzman overcame Steven Sawyer in the Final, which was held in 3-5 foot waves at the left hand point break of Riyue Bay.

Rajzman surfed a solid event but left his best performance for last, displaying huge commitment to noserides and smooth flowing power turns to post a huge heat total of 17.34 (out of a possible 20). Sawyer, needing an excellent single wave score of 8.85 took a number of waves under priority but was unable to find the score he needed, leaving Rajzman to take his second WSL Longboard World Title. An example of the critical noseriding that won Rajzman his second World Title. - WSL / Tim Hain

"This does not feel real," Rajzman said. "I feel like it won't hit me properly for a few days. This event is so amazing because us longboarders only catch up a few times a year and we are like a big family. Coming and seeing everyone is great and then to win and have all of this support is just unbelievable. I am just so happy."

Rajzman made history in 2007 becoming the first Brazilian surfing World Champion. Nine years later he has done it again and believes this one is the sweetest. Rajzman met at the waters edge after his win. - WSL / Bennett

"In 2007 I was young and didn't work too hard for it and didn't think too much about winning the title. This one is different - it's nine years later and I have been working so hard to keep surfing at a high level. All of the work has paid off and it is so important to me, this is the greatest win of all."

Steven Sawyer surfed under the radar all event, waiting patiently for only the best waves that would offer him excellent scores which often left him chasing a score in the dying minutes. The final was no different with the South African chasing from behind the entire time. He found some long set waves under priority but couldn't quite post the excellent score he needed. After finishing in last place at his first WLC in 2015, to finish second in the world is as good as any win for Sawyer. "I am so stoked, I just can't believe it," Sawyer said. "There were a few things I could have done better in that heat to win but I'm just as happy with second as I would have been winning the thing. Every heat I made was just a bonus, when I made it to the fourth round I was ecstatic. Making it to the Final I feel like I can go home and be proud forever."

Two of the other standouts of the event were two time World Longboard Champion Taylor Jensen and Brazilian ripper Rodrigo Sphaier. Both put in massive performances but were knocked out in the semifinals by the eventual finalists. Jensen and Sphaier finished in equal third in the world. An amazing accomplishment from two of the world's best. 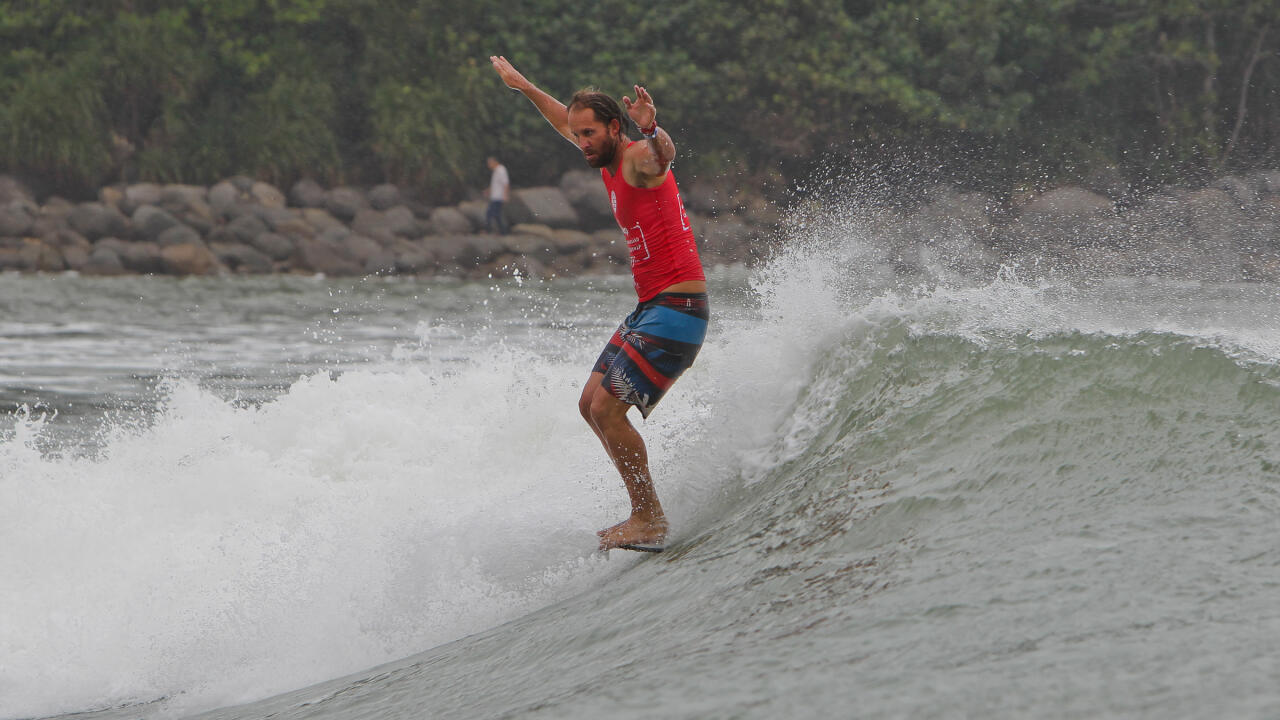