8. God's Country
The south coast of New South Wales should be the newest addition to your surf trip bucket list. With all of the emphasis these days on feral forays into uncharted territory, regions like NSW tend to be hidden in plain sight. They shouldn't be. From Wollongong to Ulladulla and everywhere in between, the place is holding points, bays, reefs and slabs, all surrounded by scenery straight out of a J.R.R. Tolkien novel. 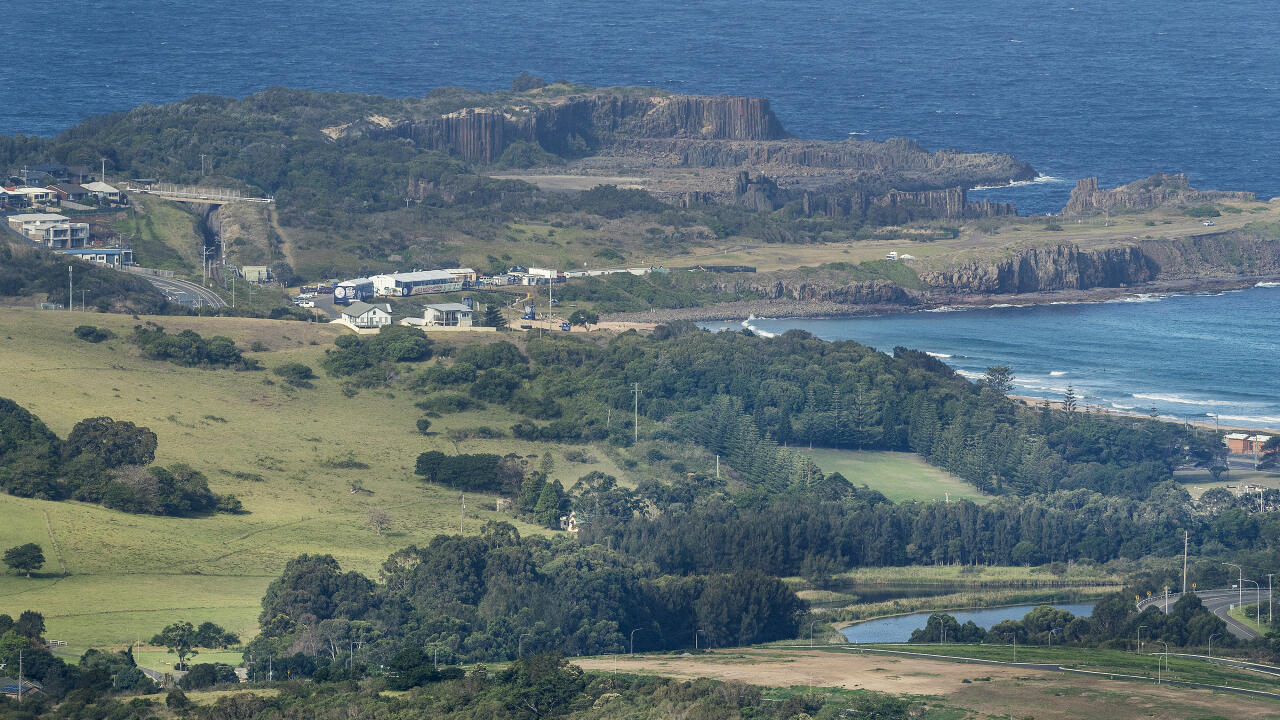 7. Hawaiian Style
The Aussies walked with two titles, but by sheer numbers the Hawaiians dominated this year's World Junior Championship. Between the women and men combined, Team Aloha captured four out of eight possible Semifinal spots. Mahina Maeda and Brisa Hennessy are strong contenders for the women's Samsung Galaxy Championship Tour (CT) this time next year. Meanwhile, Finn McGill and Cody Young sent some huge warning shots over the bow on the men's side. Hawaii has much to be proud of. 6. Family Tree
International events like a World Junior Championship tend to underscore that the multi-generational roots of surfing run deep. A quick scan across the 2017 World Junior draw is all it takes to find familiar names from the recent and not-so-recent past. From Ethan Ewing (whose late mother, Helen Lambert, was a Bells Champion) to Weslley Dantas (brother to current CT surfer Wiggolly) to Mateus Herdy (nephew of former CT surfer Guilherme Herdy) to Leilani McGonagle (daughter of Todos Santos pioneer and San Clemente legend Sean McGonagle), evidence of familial connections dot the competitive landscape, proving that surfing is a passion passed down from generation to generation. 5. The Kids Are Alright
The depth of talent produced by Australia's amateur surfing pipeline continues to flow in full force. Besides event champs Ethan Ewing and Macy Callaghan, next in line stand Reef Heazlewood, Harley Ross-Webster, Lucy Callister and Sandy Whittaker. Even with all of the growth around the world and an impressive explosion in Brazil, Team Down Under remains the dominant force in competitive surfing. 4. Truly Cosmopolitan
If the surfing on display in Kiama is any indication of things to come, the future bodes well for global competitive surfing. In the past there was a clear delineation between the perennial powers and what used to be considered so-called outlier nations. That performance gap is now gone. The idea of a World Champion coming from Peru, the Caribbean, Japan or the Canary Islands was perhaps once laughable, but it's now a foregone conclusion. 2. A Rivalry is Born
While the men's Final was a letdown due to a dying swell and a rising sea breeze, the two finalists -- Ethan Ewing and Griffin Colapinto -- were a hopeful glimpse of a budding USA vs. Aussie rivalry. The Aussies hold the upper hand so far. By virtue of his No. 2 finish on the Qualifying Series, Ewing -- an 18-year-old from North Stradbroke Island (also home to CT vet Bede Durbidge) -- sets off on his maiden voyage on the SS Dream Tour 2017. Colapinto, who made a huge splash during the 2016 Hawaiian Triple Crown, will spend next year slogging through his first real crack at the QS grind. Colapinto's good results on the North Shore paid dividends, however. He now holds a high seed on the QS, including the valuable QS10000 events. We may have to wait before we see these two go head-to-head again, but it will make it that much sweeter when the time inevitably comes. 1. Yanks Abroad
All things considered, Team USA can look back at their performances and walk away feeling positive, if not frustrated. Griffin Colapinto's runner-up result is just another leap forward for a surfer destined to join the Dream Tour. It's no longer a matter of if, but when, for the kid from San Clemente. The men had their chances -- Jake Marshall and Nolan Rapoza specifically -- but will rue missed opportunities against stiff competition. For the ladies, they must continue to look toward the future; they're still a few years away from doing any real damage. Youngsters Caroline Marks and Alyssa Spencer surfed well and gained valuable experience at the international level, but they were unable to pass the early rounds. The women face do-or-die Round Two heats in tricky conditions at Bombo Beach.