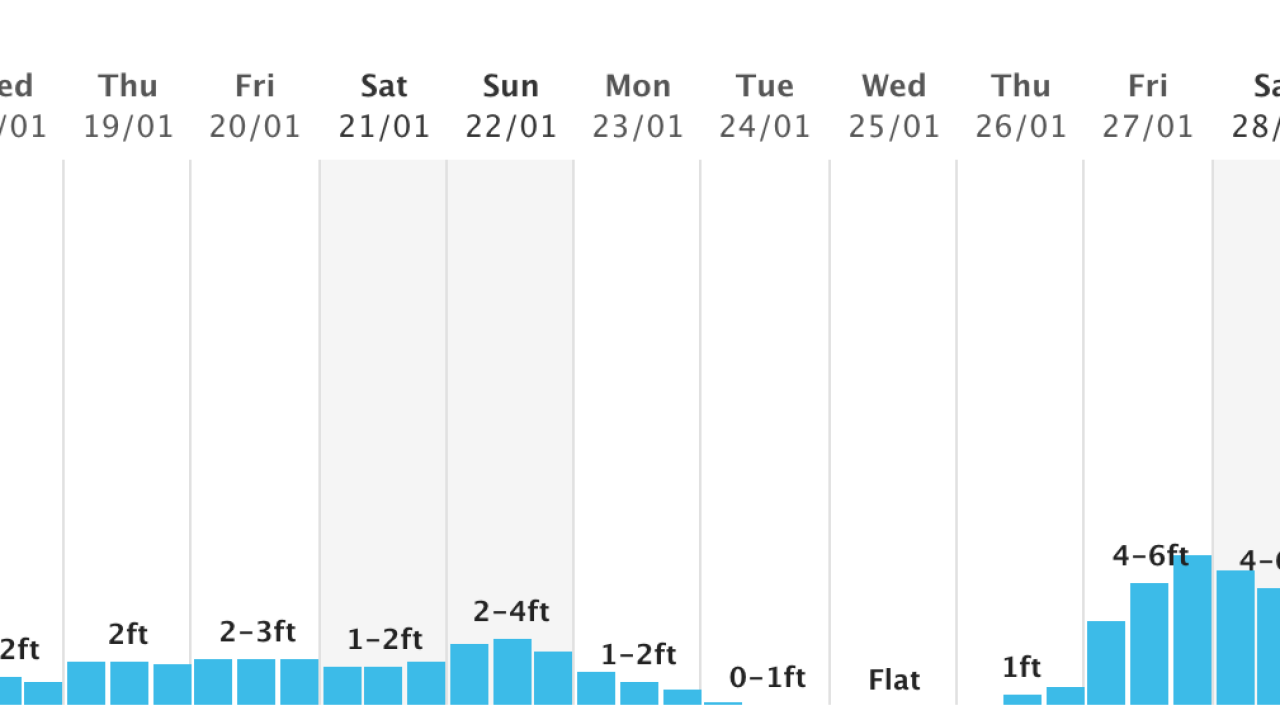 Different pulses of swell will come and go during the event's waiting period - WSL / MagicSeaWeed.com

The flat spell anticipated is still likely to continue until the middle of the week with just small local wind sea on Wednesday and Thursday. Come Friday the challenge will be that the extended fetch that's generating the swell is forecast to run right into the coast. Models are currently seeing Friday as having the strongest winds with the swell building and the wind easing slightly into Saturday - although moderate to strong onshore remains most likely.

There is still significant variation in the forecast, from swell on Saturday into the 10ft@10 seconds range on some variants but as low as 3ft@7 on the other side. The consensus seems to be for swell in the 6-8ft@9 range with winds as high as 20-30mph onshore. As such lumpy, challenging head high to overhead surf is the most likely outcome as we stand for the weekend.