This week, Gabriel Medina came one step closer to realizing his dream. Not his World Title dream -- that one, he accomplished in 2014 -- but the vision for a new school in the Brazilian champ's home town: Tuesday, January 31, he opened the Gabriel Medina Institute, at Maresias Beach, in São Sebastião, in the state of Sao Paulo. With his parents, Gabriel Medina invited press and his sponsors to join him at the grand opening, and explained his main goal, which is to form new values in the sport. At the new school, athletes between the ages of 10 and 16 will do the same psychological and physical workouts that Medina practices. The Institute will include computing and language classes. All students will also have medical and dentistry care. Medina paid for the head office to be built on the beach; it's the same place where he learned how to catch his first wave.

"I'm very pleased," said Medina. "It has always been a dream of mine and my family's to help those children and, as a result, supporting my sport." "I hope these children are able to go out and act like conscientious citizens and are prepared for any kind of situation in life," he added. "We will also give them a professional course, the first one in partnership with Vult Cosmetica."

Medina mother, Simone, will serve as the president of the school. In her comments to press, she acknowledged how satisfying it is to start this new stage in their proverbial backyard.

"This dream is like a child of mine that was born today," she said. "It's a huge pleasure for us to be a part of the growth and education of great athletes and citizens because the sport is an important tool that has helped us to raise our children with the best values and principles.

"The 'child' was born," she continued. "After that it's going to crawl, then take the very first steps, and last but not least, to have a life of its own. It's going to be awesome seeing the development of these kids." 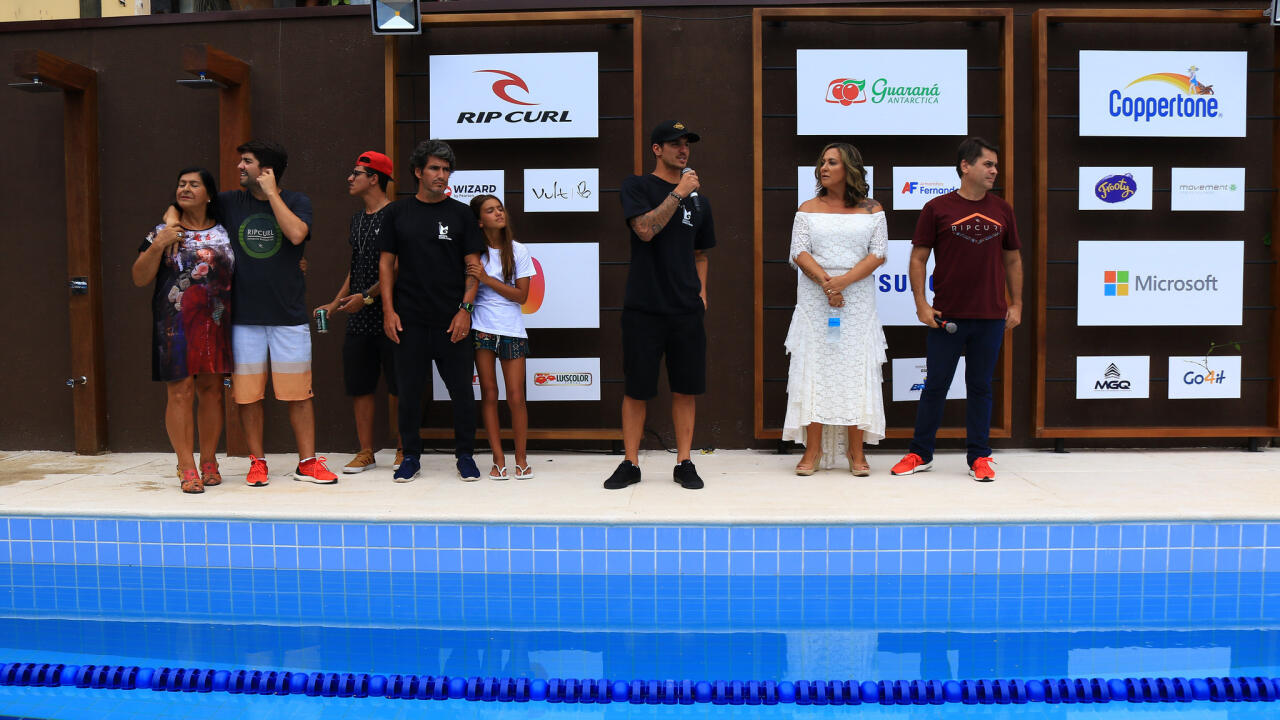 Charles Serrano, Medina's stepfather, is a co-founder of the school and will serve as the its vice president.

"The main idea came from Gabriel himself," said Serrano. "He wanted to provide some of what surfing has given to him. Simone and I have embraced the idea so far. Through this first step, we thought that it would be the ideal model to make a professional athlete.

"This age is quite interesting, because it's the ideal time to develop an athlete," he continued. "This is the stage where you can [shape] a future champion in the sport. When Gabriel was in this age timeframe, we did everything to provide him with the best. A lot of times I worked by myself, without a team to support. Now, he has this team, so he brought everybody to work with us for the Institute." In the afternoon, there was music from Thiaguinho, Gabriel, O Pensador and Bruninho & Davi, who all performed for sponsors and public authorities. Classes begin February 1, with 38 athletes, who were selected on Medina Circuit/ASM of Surf.