The world's best surfers gathered on the Gold Coast of Australia Saturday evening for the annual WSL Awards banquet. This year's celebration took place at the Royal Palms Resort, where surfers dressed to kill as they strutted down the red carpet and into the main hall where they were treated to a fancy dinner and a great show hosted by Ronnie Blakey. Each of the 2016 World Champions took the stage to huge ovations, beginning with Junior Champions Macy Calhaghan and Ethan Ewing, both of whom hail from Australia. Women's World Champion Tyler Wright, who was pretty short on words during most of 2016, finally opened up with a very heartfelt 15-minute speech after being welcomed to the stage with a standing ovation. Wright acknowledged the incredibly emotional journey she'd been on in 2016, one in which her brother and mother both faced incredible adversity.

After thanking her family, Wright thanked everyone in her camp, including friends and rivals for making her a better athlete, and a better person. "I want to congratulate all the world champions here tonight because I know now what it takes," she said. 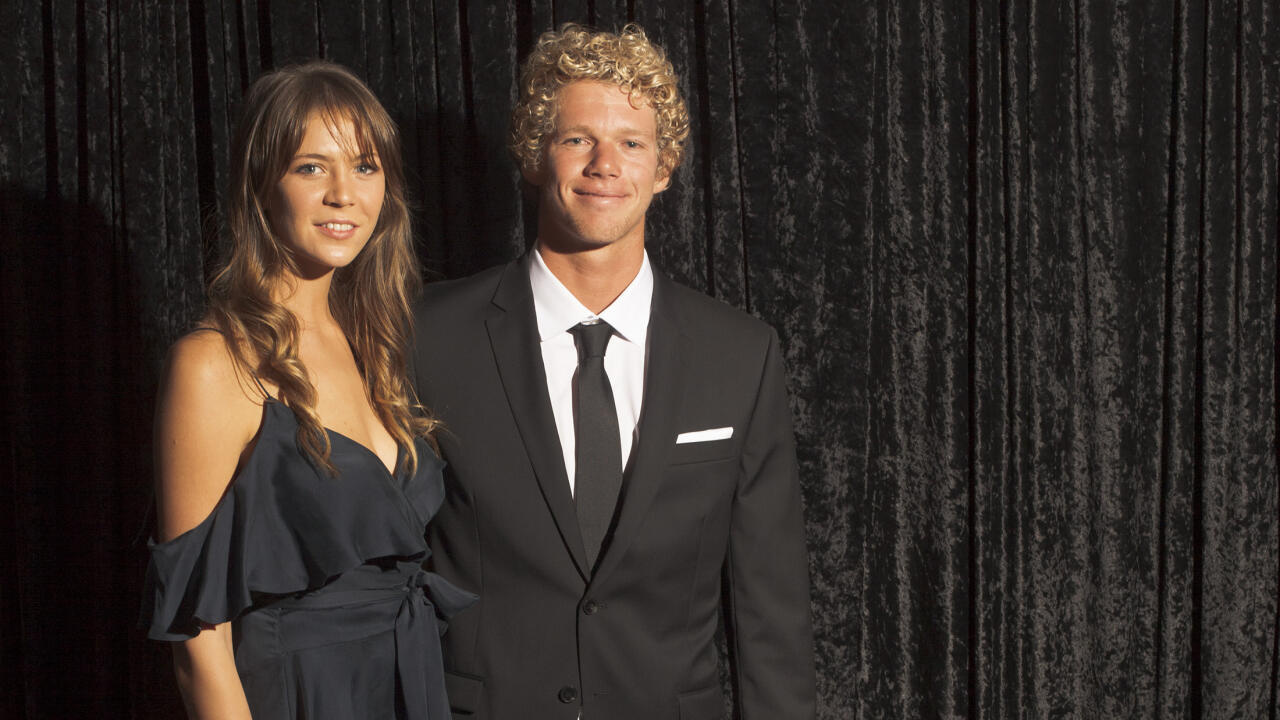 John John Florence was also greeted with a standing ovation. While he confessed to being nervous speaking in front of his heroes, he settled in nicely and gave his best chat yet. "I've been dreaming of this for so long," said Florence. Florence also thanked his family first. He honored his brothers Nathan and Ivan who "did more to push me along the way, more than anyone." But Florence dedicated his World Title to his mom. "She was the one who got me out at Pipe earlier than I really wanted to," he laughed. "There was a day she paddled out there on her longboard and I was like, 'Damn, I guess I need to go.'" He was eight years old at the time.

The rest is now history.