Tupira continued to deliver its classic barreling conditions in the morning and ample noseriding, and progressive manuevers, in the afternoon to test the world's best. Men's elimination Round Three witnessed last-minute victories and head-to-head battles that had the local spectators cheering.

Rodrigo Sphaier looked to be on his way out of the contest until the final three minutes saw the Brazilian earn a 7.13 and 8.00 to eliminate Australian contender Nic Jones after making a vital equipment exchange earlier in the heat.

"I was a little nervous toward the end, but after getting the first score I felt more relaxed knowing he wasn't too far ahead," Sphaier said. "That made trying to get my last wave a lot easier on me. I wasn't doing very well and I didn't feel comfortable so I was happy to have my friends see that and I noticed I could make a change -- so I did and just kept going." 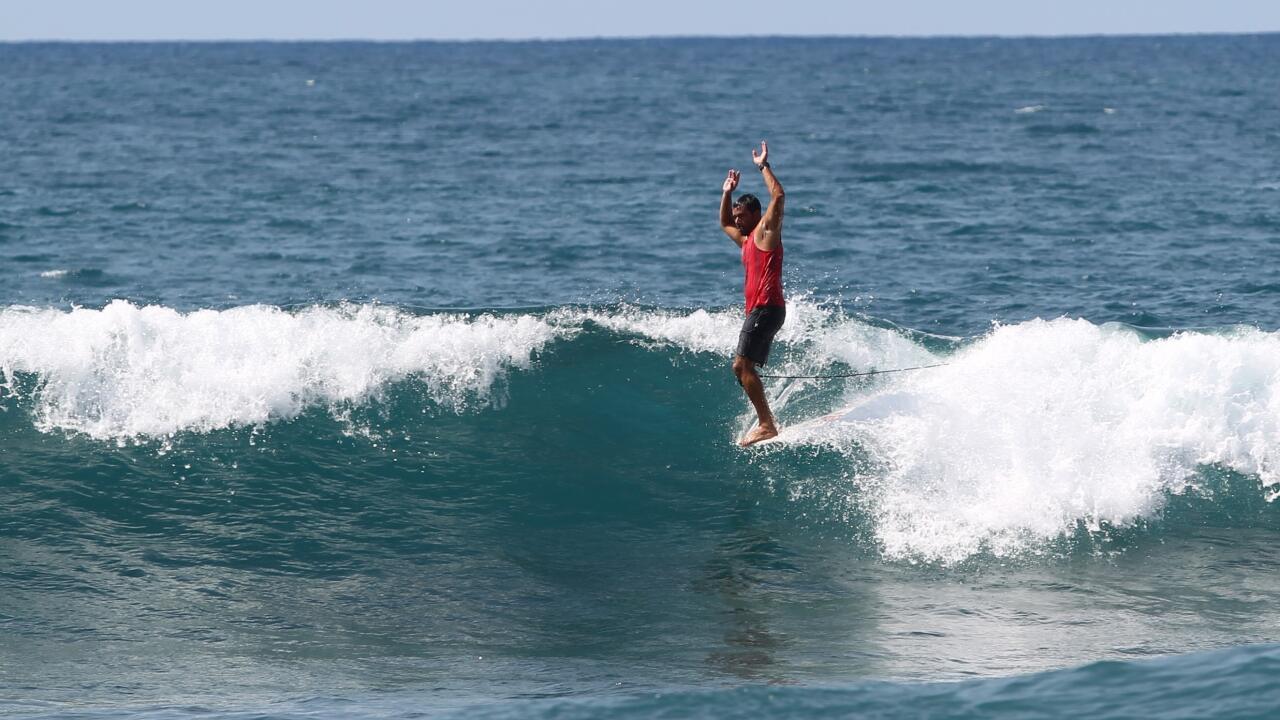 Round Three, Heat 2 witnessed a Hawaiian duel for the ages that featured Kai Sallas and Ned Snow post numerous excellent scores. Sallas' strong surfing earned him a near-perfect 9.40 and excellent 8.93 backup to put Snow in a combination situation -- despite his two excellent scores. This wasn't the first time these two have contested against each other, but one that they'll remember.

"I'm really used to surfing against Ned [Snow] from back home, we grew up with a lot of heats together and I know what he's capable of -- I must've surfed against him at these world events at least six times," Sallas said. "I noticed before our heat that there was tons of waves coming through and that I just needed to roll the dice." Four World Titles were split in the next two heats that followed as two-time World Champions Harley Ingleby, along with Piccolo Clemente, put on terrific performances to advance on for non-elimination Round Four matchups. But it was in the final heat of the day that witnessed Antoine Delpero find near-perfection to eliminate an injured Jefferson Silva with a 9.27 in his scoreline. Delpero put on a showcase of footwork and hard-driven turns to solidify a massive win. The Frenchman currently calls Basque Country home and with an ideal pointbreak to train on, this wave has stolen Delpero's heart.

"It's actually more rippable when there's some onshore wind because there is a chop at the top of the wave that allows you to hit the lip," Delpero said. "The wave is very quick so you have to pick the right maneuvers, get to the nose right away and then prepare for the big section toward the end. I felt really good on my feet and on my board. It's such an amazing wave and place to have a contest, and it's great for our tour to have a place like this that barrels in the morning to show that we can really charge as well."

Tune in tomorrow at 7:00 am AEDT for the completion of men's Round Three.