2x World Champion Taylor Jensen was the only Title holder to keep the underdog momentum at bay and is into another WLC Semifinal. - WSL / Tim Hain

A total of six World Titles hit the water today in the men's Quarterfinal draws, but Tupira favored the dark horses once again and only 2x World Champion Taylor Jensen survived the cut. A world-class battle ensued to start the heavy-weight Quarterfinal bouts with Kai Sallas pitted against Australian 2x World Champion Harley Ingleby. The two traded wave-for-wave until the final horn and it was Sallas who shut the door with a near-perfect 9.57. Sallas' career has been plagued with two-runner ups in the World Title race and, with the wave of Tupira on his side, could earn his first career win here.

"To beat a two-time World Champ, Harley's one of my favorite surfer's so to beat him and make it to the Semis makes it that much more special," Sallas said. "I've always known I could [win a World Title], but it's really hard when you only have one event a year. You have to be lucky on that day, that event, and that moment. I never really got along with China and a few other spots -- I feel much better out here with this being my style of wave. I feel like I'm surfing better than I ever have in my life." Antoine Delpero added to his World Champion scalp collection with another phenomenal performance and eliminated 2x World Champion Piccolo Clemente. Delpero got off to a quick start and continued to feel the flow of Tupira beneath his feet, something that earned him an 8.17 in the early goings. Clemente struggled to find a wave of scoring potential until it was too late and Delpero sealed the heat with an 8.93 to end the dual.

But, it was an amazing performance from Adam Griffiths who shut down Delpero's brother, and event standout Edouard Delpero. Griffiths has bettered his best result at a WLC with each passing heat after Round Three and is now into his first-ever Semifinal. A feel-good story all around, Griffiths lost his mother just three months ago and has been surfing with more passion than ever here in PNG. "I can't believe it, to have made it this far is just an incredible feeling and I'm beyond excited to keep this momentum going," Griffiths said. "I've been pretty relaxed, that he was a bit stressful -- my head was throbbing and felt like it was going to explode. Luckily I just about to managed to keep it together, but now that I've made it this far I feel a lot of stress off me. Now it's all about just enjoying the rest of my time here and this amazing experience." 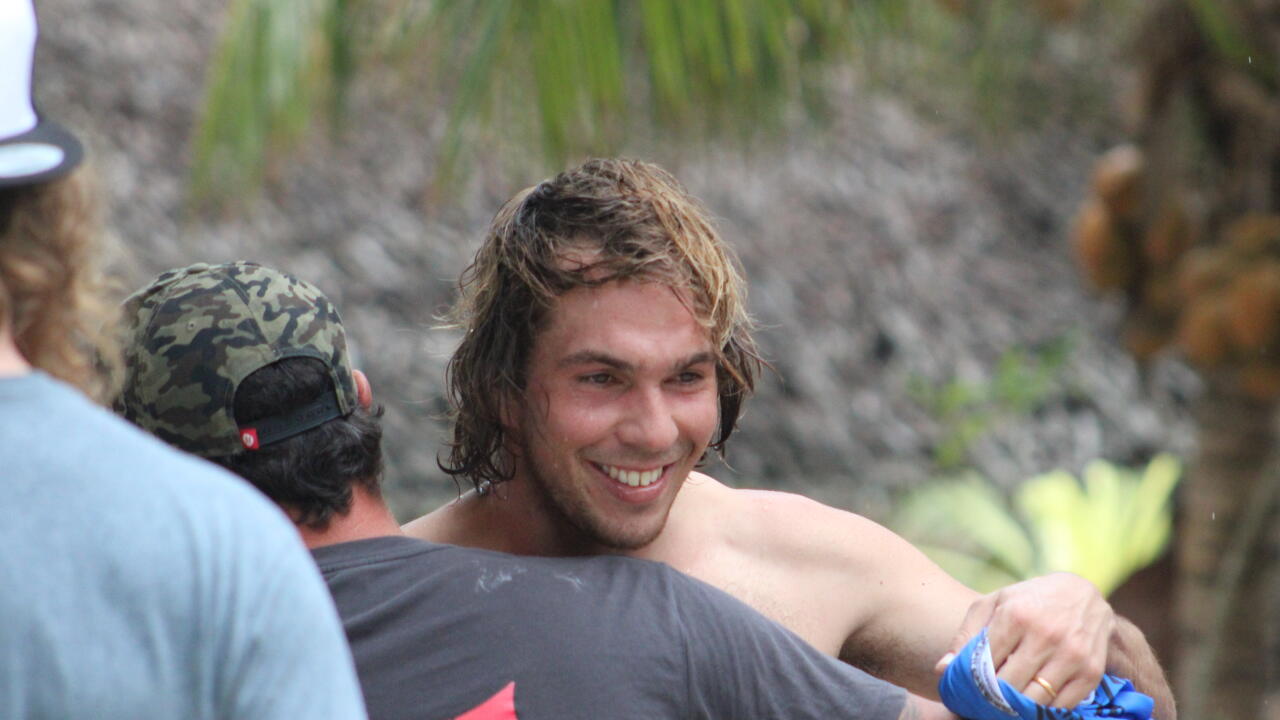 A long overdue reward for Griffiths has him all smiles as he heads into his first finals day. - WSL / Andrew Nichols

An all-American affair witnessed 2x World Champion Taylor Jensen display another showcase of his powerful surfing over the stylish Cole Robbins. Robbins opted for a classic single-fin set up, but it wasn't enough to top an on-fire Jensen who ran away with the heat after his 8.33 opener. With the power of Tupira matching that of Jensen, the humble giant is more prepared than ever for a run at another WLC win. While Jensen is all power, the 6'5 powerhouse still has style to match that insatiable drive. - WSL / Tim Hain

"I mostly live at right points and don't spend a lot of time going left so this wave really suits my surfing," Jensen said. "I'd love to get a win here, but it's a really tough draw and it seems like it's anyone's game. Making the Quarters was a keeper result already, now it's an even better chance of getting into that World Title race and a third Title would be an amazing feeling that I'd love to accomplish."

Tune in live at 8:00 a.m. AEDT for tomorrow's final day of competition as the Kumul PNG World Longboard Championships crowns its inaugural champions.

Pressure rises as elimination Rounds 2 are disputed at the Jeep World Longboard Championship.