Peter Mel today announced the transitioning of his role as WSL Big Wave Tour (BWT) Commissioner to legendary big wave surfer Mike Parsons. Parsons will begin his new position ahead of the 2017 WSL BWT season start on May 1, which will see the schedule evolving to focus on three major events in Nazaré, Pe'ahi and Puerto Escondido as well as offer a pathway to qualification through the WSL Big Wave Awards (BWA). It's a tough job, and now Mike Parsons will do it. Pictured: Mel (left) on the scene at Puerto Escondido, with big-wave charger Greg Long. - WSL / Bill Sharp

Mel, who has served as the BWT Commissioner for the past four years, plans to continue his role on the WSL commentary team in addition to focusing on running his family's business, the Freeline Surf Shop, in Santa Cruz, California.

"I am proud of what we have accomplished and how far big wave surfing has progressed during my tenure as the Big Wave Commissioner," said Mel. "We have worked hard to elevate the sport to greater heights and open new doors for competitors and fans, and in doing so, we have seen incredible firsts in the sport." 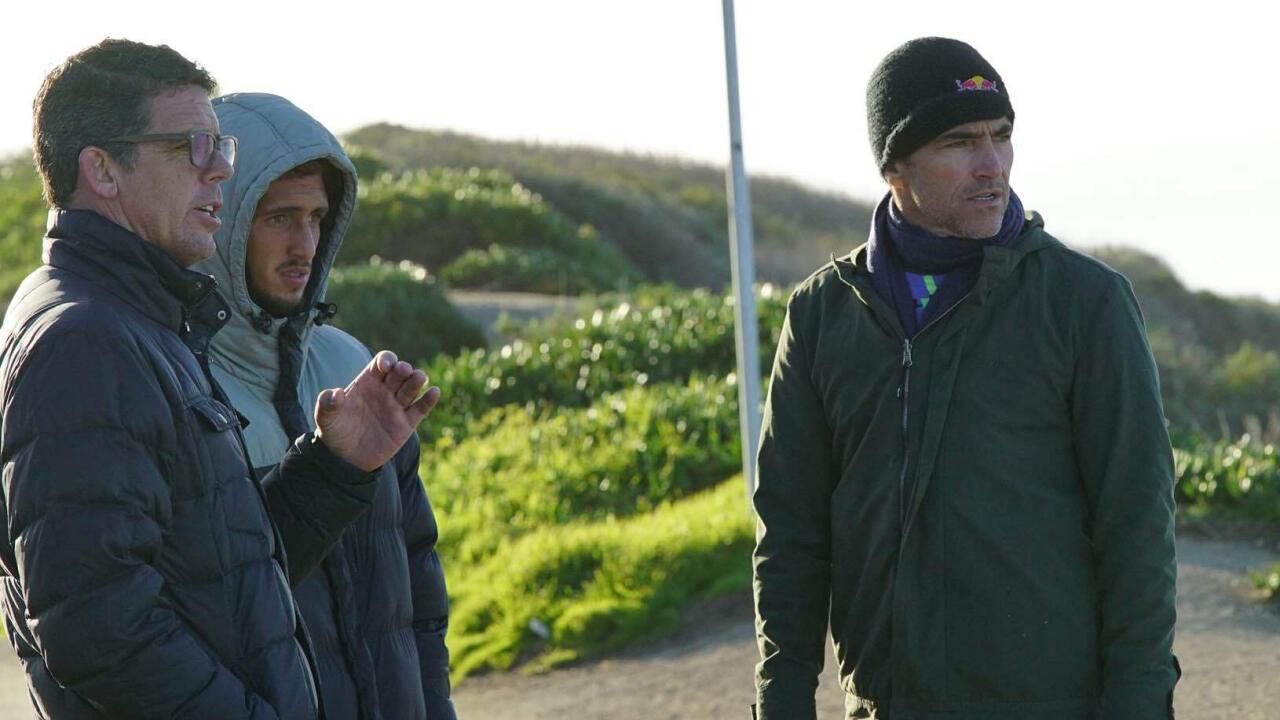 During his tenure as the BWT Commissioner, Mel diligently oversaw rules and judging, arduously protected the wellbeing of the athletes and thoughtfully developed new implementations into the sport. Mel's accomplishments are detailed with historic achievements for big wave surfing, including the addition of two new locations to the tour, the Puerto Escondido Challenge and Nazaré Challenge, and the launch of the first Women's Big Wave Championship event at Pe'ahi.

"I am excited for what the future of big wave surfing has in store for us," continued Mel. "With that, I have decided to transition my role over to Mike Parsons, who I believe will continue the amazing work we've done and push the sport to the next level. I will still continue my involvement with the Big Wave Tour and with the WSL commentary team, but this decision allows me to commit more time to our family business, Freeline Surf Shop, and let my parents finally retire after 48 years." Along with his big-wave cred, Parsons previously competed on the Championship Tour, and currently serves as a coach for CT stars like Lakey Peterson. - WSL / Kelly Cestari

Mike Parsons will transition into this position for the 2017 Big Wave Tour season, which will kick off on May 1. Parsons's experience as a big-wave surfer and former professional surfer on the WSL Championship Tour, relationship within the big-wave community, and technical knowledge of swell systems and forecasting make him the perfect candidate to lead the BWT.

"I am really humbled and honored to be the next Big Wave Commissioner," said Parsons. "Peter Mel and Gary Linden have been instrumental in creating the foundation for the Big Wave Tour. Thanks to the hard work of Peter, Gary and the entire big wave team, we have seen the remarkable growth and progression of the Big Wave Tour. For 2017, the Big Wave Tour will feature events at three breaks, depending on swells: Pe'ahi, Puerto Escondido, and Nazaré (above). - WSL / Guillaume Arrieta

"Big wave surfing has given me so much in my life and I hope that in this role I can give back and continue the amazing work that Pete has done," Parsons continued. "I am excited to focus my attention on helping create a clear path for young, up-and-coming big wave surfers around the world to pursue his or her dreams of becoming the next BWT Champion."

As part of the WSL BWT's dedication to running world-class big wave events on a regular basis, the 2017 BWT schedule will focus on three prestigious events: the Puerto Escondido Challenge in Mexico, the Pea'hi Challenge in Maui, Hawaii and the Nazaré Challenge in Portugal. This change affects the former BWT events in Punta De Lobos in Chile, Pico Alto in Peru, Punta Galea in Spain, Nelscott Reef in the US, and Todos Santos in Mexico. The WSL is very appreciative of the support and commitment provided by the surfing communities in these regions over the years.

With big wave surfing's growing popularity, the BWT qualification will focus to give the next generation the opportunity to compete on the tour through the Big Wave Awards. Since 2016 surfers have been given the opportunity to become seeded on the Big Wave Tour through their placing in the Surfline Best Overall Performance category, a video- and photo-based review process where judges consider each big wave surfer's year-long efforts around the world, not just while competing. This avenue to qualification will be expanded for next season, growing from four surfers to six.

The winners of the Surfline Best Overall Performance of the Year Award will be announced at the 17th annual WSL Big Wave Awards. Tune in to WorldSurfLeague.com and Facebook.com/WSL to watch live on April 29 at 8:00 p.m. PST.

When it comes to mobilizing an army of competitors and staff across the globe in 72 hours, nothing comes easy.