For the past three years, Chloe Calmon's dream of winning a World Longboard Championships (WLC) event proved to be a nightmare. In 2014 and 2015, the Brazilian was an event favorite -- until her Semifinal matchups both years. Last December, Calmon broke the Semifinal curse and clinched her first WLC Final appearance, but it was not to be as she earned runner-up behind Tory Gilkerson.

Now, her long-awaited breakthrough was completed and the 22-year-old breathed a huge sigh of relief with a big start to 2017. Calmon put herself in the best position possible toward making another dream come true -- her first World Title. WSL caught up with the inaugural Kumul PNG World Longboard Championships victor following her massive win. Calmon's style and flow earned her top marks from the judges during the Kumul PNG World Longboard Championships that ultimately crowned her victor. - WSL / Tim Hain

WSL: What was it like to finally come out on the other side of a Final victorious?
Chloe Calmon: I've always dreamed about winning an event, but this is completely different from anything I've ever thought it would be like. This was the first contest where I put aside my competitiveness and just went to have fun, so it was great to find that balance finally. I don't know what to do now. The Rio-native has plenty of career ahead of her and the ambition to chase it. - WSL / Andrew Nichols

Is this newfound mindset something you'll take through the rest of the year and into Taiwan for your a chance at your first World Title?
Yes, for sure. I tried the competitive mentality in the past and it didn't work so I'm just going to enjoy this moment as much as I can. I'll get to be home and celebrate with my family which I'm so thankful for. I'm excited we get two events at two different waves and see everyone perform at their best in the different conditions so we can decide who really is the best surfer. I'm excited for the year ahead. You've earned runner-up in 2016 and Equal 3rd the two years prior -- did that weigh on you at all?
It's crazy because I worked really hard all year and did everything in the right way, but I was left wondering what else I could do to be a winner and not keep getting second. I always got nervous in the last minute, on the last wave -- now I can see it was just so easy. All I had to do was let go and not think about results and just have fun.

I was left wondering what else I could do to be a winner and not getting second. All I had to do was let go..This is a dream job, I don't even know if I can call it a job -- it's more like a dream life.

How incredible is it to have such a long career still left ahead of you?
It's amazing. This is a dream job, I don't even know if I can call it a job -- it's more like a dream life. I get to surf around the world and search for the best waves, and do what I love everyday. To be able to inspire to follow their dreams no matter where they come from and empower women to do the same is great. 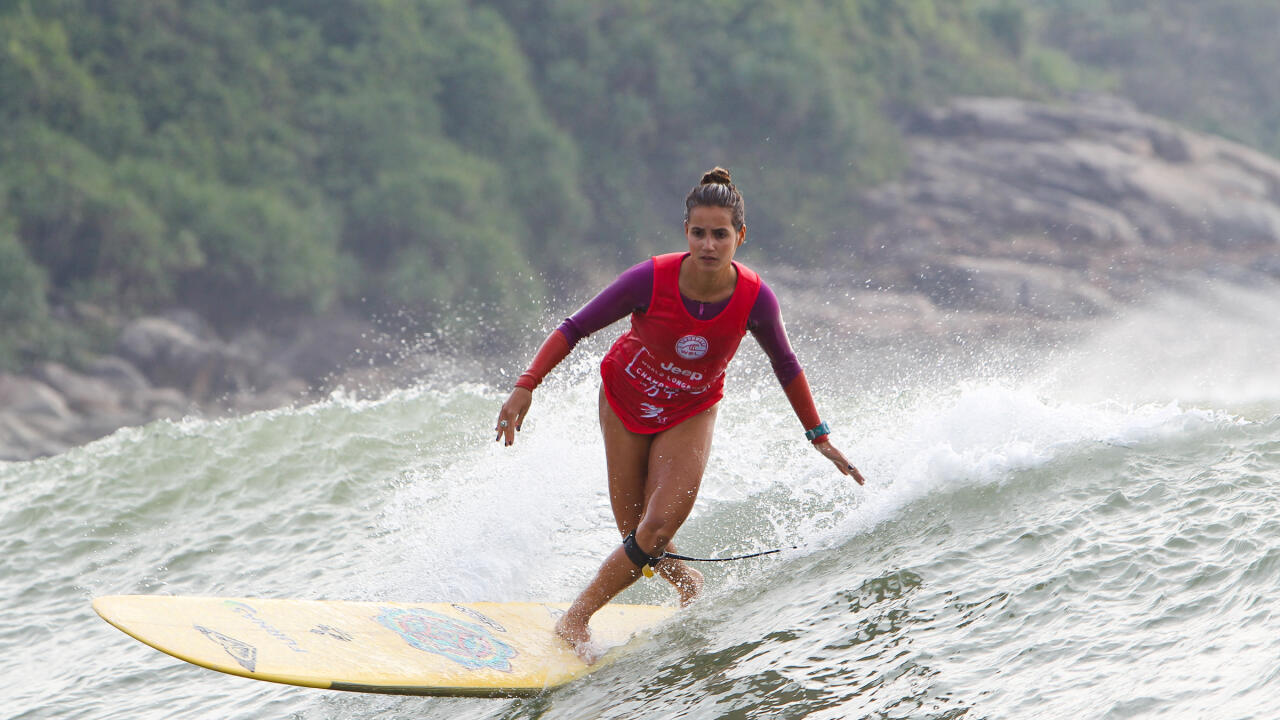 Calmon will re-focus her attention toward Taiwan in coming months that offers both lefts and rights -- and a chance to claim to her first, long-awaited World Title - WSL / Tim Hain

- WSL / Thomas Bennett
Thursday, October 15, 2020 Lucy Small
What Drives One Of The World's Most Competitive Longboarders?