Bells Beach delivered again for the Rip Curl Pro, capping what ended up being an incredible to start the season. While this year's plots and subplots are getting clearer, we learned a few valuable lessons at Stop No. 3. Here's the short list. Jordy Won't Fight the Fun
"It's been 10 years of hammering away and trying my very best and so I'm over the moon to win at Bells," said an elated Jordy Smith after winning the Rip Curl Pro Bells Beach. The perennial contender made it a point this year not to get caught up by the bigger picture. "I woke up and was just okay with the Quarterfinals, and then every step of the way was just a bonus," he said. "I just didn't take things too seriously, as you can probably tell from my claims in the Final." One of those claims was a mock ringing of the bell after his best wave. By the end of the day, he would do it for real, proving that for many athletes, hanging on loosely works. The best Bells surfer never to win Bells just won Bells, and he deserved it.

Jordy Keeping It Loose
2:29
Smith earns an 9.77 against Caio Ibelli and increases his lead in the Final.

Caio Comes Fully Loaded
"It was a good learning year, and I think I absorbed as much as I could out of all the experiences I had," Caio Ibelli said after claiming last year's Rookie of the Year Award. "I feel I have a better idea for next year, on boards especially, and how to carry myself at each stop." After two 13ths in 2017, Ibelli carried himself to the Final at Bells and into the top 10 on the Jeep Leaderboard. On the way he buzzer-beat John John Florence for the third time in 12 months (his head-to-head record against the champ is now 3-1), and further cemented his reputation as one of the Championship Tour's most dangerous competitors. "He's a phenomenal surfer with few weaknesses, you can't take anything away from him," said Jordy Smith. "If he gets a set wave, he'll drop a 9.5. He's gnarly."

Ibelli Hits New High
4:28
The 2016 Rookie of the Year breaks out at Bells with his first Championship Tour Final.

The Rookies Are Packing Heat
"Big frame, big walls, big results." That was how WSL commentator Strider Wasilewski summed up Zeke Lau's Bells display. The Hawaiian rookie had won just a single heat in the opening two CT events, but found the huge Bells walls were the key to unlocking his huge potential. "I'm building confidence through each heat and that lets me open up in my surfing and make me feel more confident in what I'm capable of," he said. A Semifinal was just reward for a string of dominant displays and big heat totals. His efforts just overshadowed the other standout rookie Frederico Morais. Morais had a simple game plan ("heaps of commitment on your first turns, hold that bottom turn tight and handle the bump") and executed it relentlessly in each heat. The two rookies have brought a new, raw power to the Tour and look set for long careers. 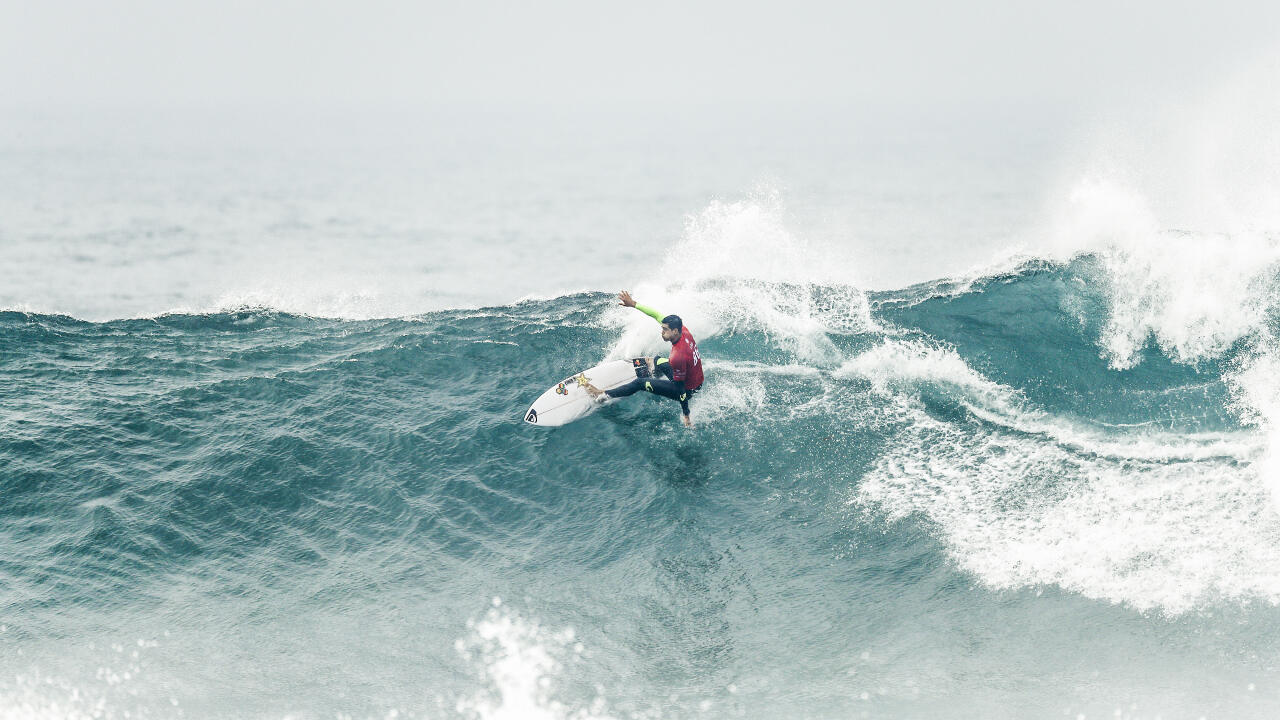 Fanning's Muscle Memory Is Kicking In
Bells couldn't have come at a better time for Mick Fanning. After a year off competition and two poor results, Mick was 22nd in the rankings and in uncharted waters. The familiarity of Bells, therefore, was important. It allowed Mick to go into a type of autopilot. "I haven't really changed much over the 16 or 17 years I have been coming here," he said after his Round Five win. "When you see a big wall you just want to hack it. It's simple really, you just need to pick the right waves and smash it." Important wins over Ethan Ewing, Kelly Slater and Owen Wright proved that a Mick on autopilot is a very dangerous opponent indeed. He won't be entirely happy with just a fifth, but in the context of his year so far, the result was huge.

Fanning's Just Getting Warmed Up
1:54
Fanning earns an 9.60 against Owen Wright in Round Five Heat 2.

John John's Volatility Index is Plunging
While the sheer excitement of John John's surfing repeatedly took the breath away, the more mundane aspect of his consistency is what's setting him apart from his peers. In seven out of the last 11 CT events Florence has made the Semifinals or better, and only once has failed to get to the Quarters. So far this season his average heat score of 16.91 is nearly two points better than his nearest rival, Jordy Smith, a gulf that has led to a substantial ratings lead. The 10-foot high alley-oops, the full rotations and the giant laybacks may make him everyone's favorite surfer, but the big improvement is the methodical, grinding nature of his competitive surfing that has him in the yellow jersey. The big question now is, can anyone can catch him? Florence is more focused than ever, and that's pretty dangerous. - WSL / sherm