Big changes are afoot at the Oi Rio Pro in 2017. For the first time since 2012, the Championship Tour's annual trek to the land of Carnaval and caipirinhas will have a new event venue. Rio's big-city vibes are being replaced with Saquarema's suburban beaches.

Located about an hour's drive (60 miles/100kms) east of Rio, Saquarema is a seaside town of approximately 80,000 beach-crazed citizens. For aesthetic reference, think Orange County's coastal suburbia to Los Angeles urban metropolis. The area has at times in its recent past even been referred to as the "capital of Brazilian surfing." The wave at Saquarema - specifically Itauna Beach -- is well known both in and outside of Brazil. It's one of the southern region's best and most consistent waves. Emerging just outside of a coastal inlet and formed by a rocky outcropping, the sandy lefthand pointbreak is two waves in one -- a peeling left outside, often reforming into a zippy right on the inside as the left fades out.

The athletes will benefit from Saquarema's consistency and potential for excellent waves, said WSL Commissioner, Kieren Perrow. Postinho [in Rio] was a great spot, but we rarely got it at its best and the water quality in recent years has been a big challenge.

Despite common perception, Brazilian surfers have not dominated on their home turf. Since 2011, there have only been two local boys who've even reached the Final -- Adriano de Souza has both a 2011 event victory and a runner up in 2013 to Jordy Smith. Filipe Toledo took home the title in 2015 during his breakout WSL campaign. It's a pressure packed environment that makes headline news on a daily basis. Only the Brazilian national soccer team gets more media and public scrutiny. The lefts in Saquarema pack plenty of punch, but offer more time for expression than Posthino. Matt Wilkinson was a winner of the 2013 QS event here. - WSL / photo:DanielSmorigo

In the past few years, the winner's circle at Saquarema's Qualifying Series event has been dominated by goofyfoots: Wiggolly Dantas (2014), Matt Wilkinson (2012) and former CT surfer Alex Ribeiro (2015) have all won QS10,000 events at Saquarema recently. The goofyfooters, the flyweights and the aerialists -- Gabriel Medina, Italo Ferreira (if healthy), Miguel Pupo and rookie Ian Gouveia -- will be licking their chops for a piece of the action. 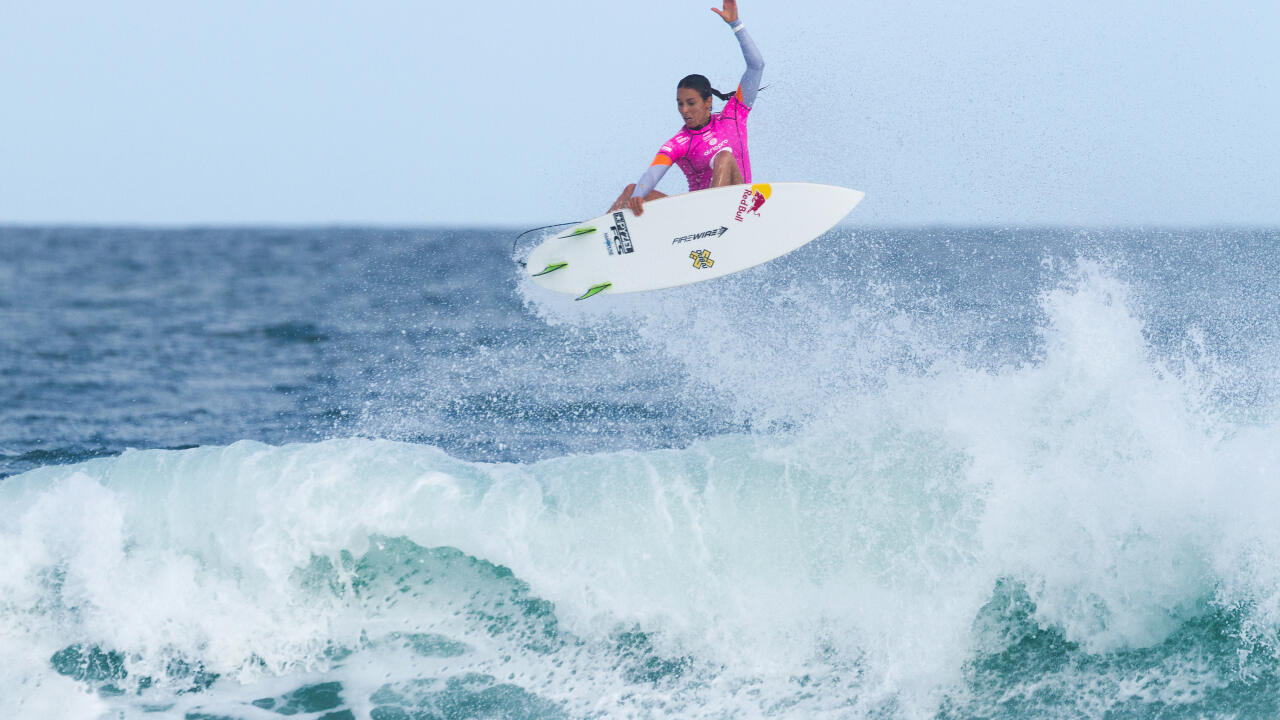 On the women's side, the Oi Rio Pro has been dominated by Sally Fitzgibbons, who has two wins (2012, 2014) and two runner-up finishes since 2011. The move to Saquarema shouldn't slow Sally's chances, as she's lethal in any type of beachbreak. While quick reflexes play a huge role on Brazil's beaches, matching power with power is also a big factor, so keep your eyes on Carissa, Courtney and Tyler too. Brazilian born Tatiana Weston-Webb is hoping to get back into the World Title hunt at the Oi Rio Pro. - WSL / Kelly Cestari

Brazilian-born Tatiana Weston-Webb could be the biggest beneficiary of the move to Itauna Beach. After a string of three 9th's in Australia, Weston-Webb lurks just outside the Top 10 at No. 12. Saquarema's lefts could be just what the doctor ordered for the young Hawaiian's combination of vertical aggression and tight arcs.