The 35 minute final was an all Australian affair with Anderson coming up against West Aussie Mikaela Greene. Greene controlled the heat for the majority of time, consistently posting mid-range scores to hold the lead.

Anderson waited patiently for a wave that would offer her the opportunity for a score. With 10 minutes remaining the opportunity arose as Anderson took off on a decent set wave and got to work. She posted the first excellent score of the Final, a 8.17 (out of a possible 10) and backed it up immediately with anther excellent score of 9.00. Her heat total of 17.17 was the highest of the entire event and was too much for Greene to overcome. 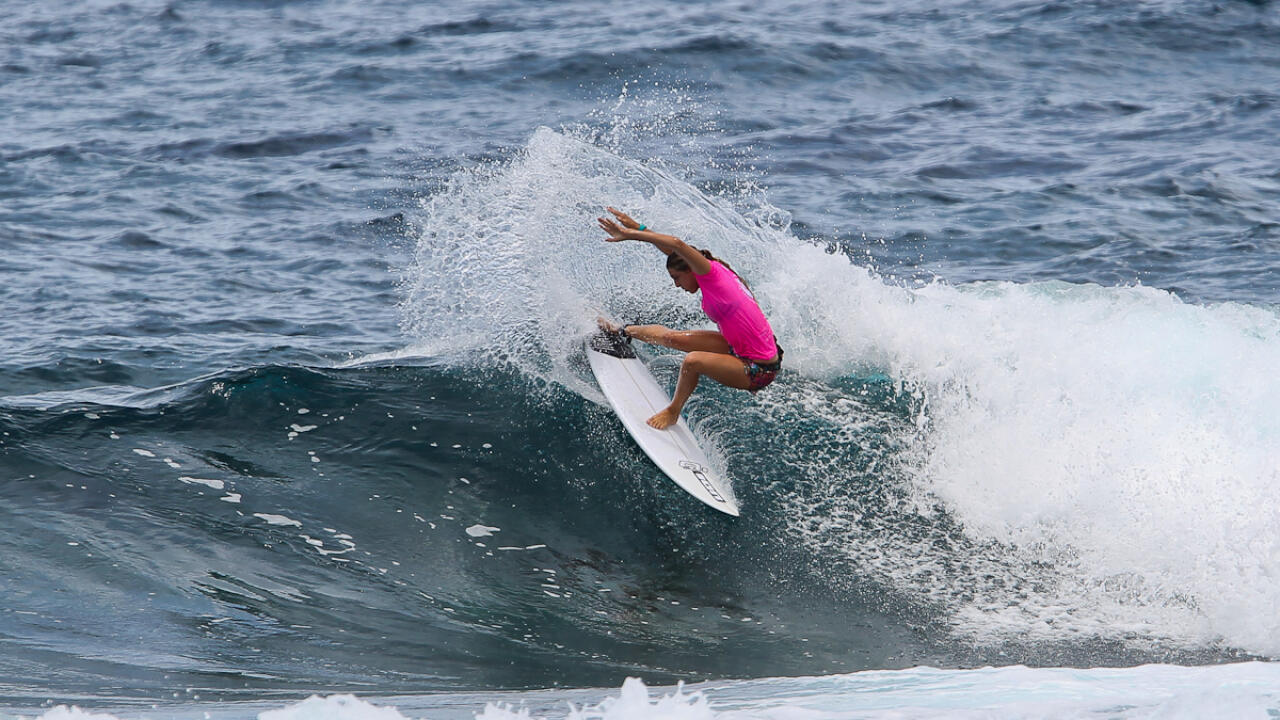 Philippa Anderson was the one to beat at Cloud 9. - WSL / Tim Hain

"This has been a fantastic event, all the girls have been surfing great and I'm really relived to take the win here," Anderson said. "In the final nothing was going to plan early and then suddenly in the last 10 minutes I found the waves I was planning on, surfed them as powerfully as I could and took the win - It's been a great time here for all of us!"

On her way to the final, Anderson had to overcome local standout Nilbie Blancada, a tough task with the large home crowds cheering on the Cloud 9 specialist. 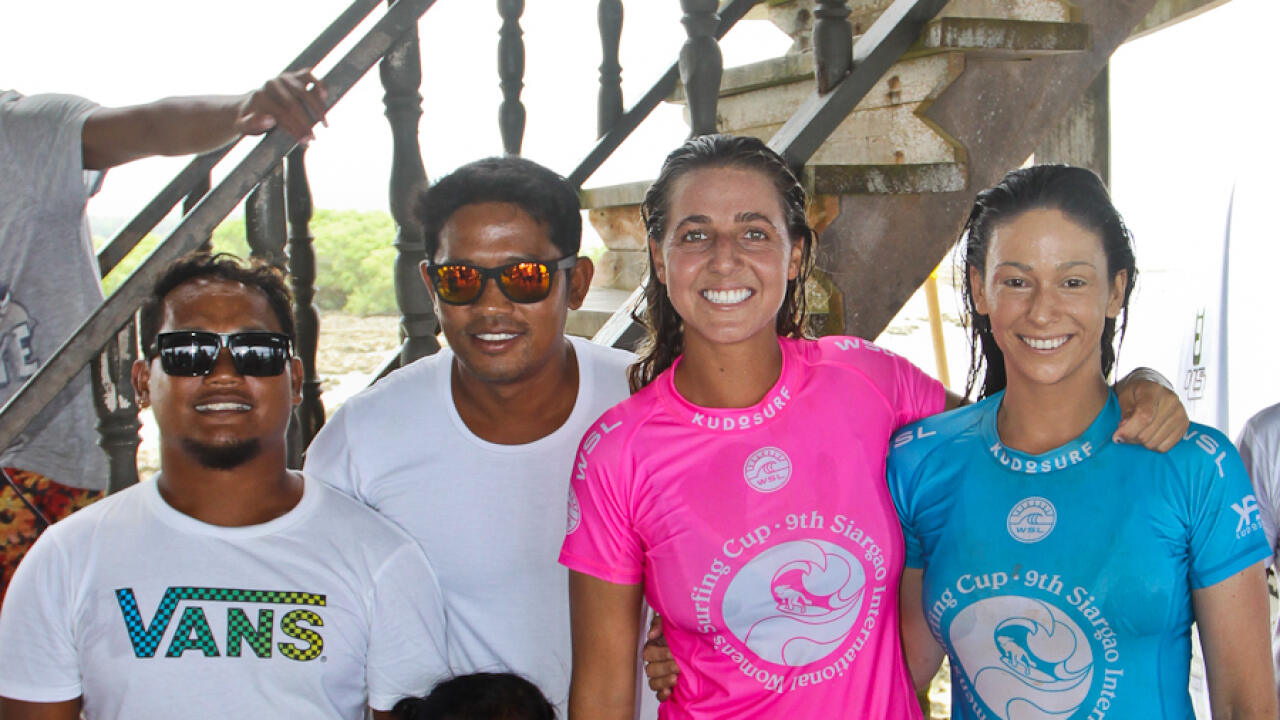 Philippa and Mikaela after the final on the iconic Cloud 9 Tower. - WSL / Tim Hain

"I was nervous in my Semifinal competing against Nilbie (Blancada) who knows this wave so well and she had the crowd behind her and that was a tough semi to win and a really cool experience," Anderson continued.

Mikaela Greene put up a good fight in the final but came short. The second place is another good result for the young natural-footer as she hunts for qualification points onto the elite Championship Tour (CT). Mikaela Greene put up an awesome fight in the final but couldn't stop the inform Anderson. - WSL / Tim Hain

Mikaela Greene's second placing here continues her good form this season and she'll leave this even with confidence as she attempts to qualify for the Championship Tour with a number of major events.

Australia's Freya Prumm posted her best of this season making the semi finals where she was defeated by Mikaela Greene. As the first ever WSL sanctioned all women's event in the Philippines it was regarded as a huge success by competitors and officials who eagerly look at returning to the paradise location of Cloud 9 in September for a proposed QS3,000 Mens event.

Day 2 of Action at the Siargao International Women's Surfing Cup has brought with it the top seeds and the semifinalists.