With a bunch of solid swell hitting Fiji this week the invasion of pro surfing's elite was in full effect, as the ladies came to sharpen their blades before the start of the Outerknown Fiji Pro. While the swell has finally dropped, that's giving the girls a few days to rest the muscles after a serious week of surfing at Cloudbreak, which was pumping earlier this week. Legendary Aussie photographer Peter Joli was on hand to capture some of the magic, and offered a few observations about the goings on. It's hard to describe how incredibly contagious Bethany Hamilton's spirit is. She inspires in countless ways, but mostly by seeing every potential barrier as an opportunity to push into new realms. She's been on fire this week. Sally is always the first in the lineup every morning. She's been jumping into the lineup in the dark. She paid the price, too, getting washed into the lagoon on the heavy day. She cut her foot and had some scratches on her hands and face, too, but we're talking about Sally here...she was still smiling at the end of the day. Though she surfed a lot of events as an injury replacement last season, Bronte Macaulay is a rookie this year. She's still looking for her big breakout performance in 2017. She's from Western Australia, so she's very familiar with the raw power available in places like Fiji. She seems to be getting much more comfortable cutting loose in the meaty stuff, too. Not surprisingly, a handful of coaches came to join in on the fun. Luke Egan, who won the Fiji Pro back in the 90's, was on hand nudging Courtney Conlogue into some big ones on the massive day. Former World No. 3 Dave Macaulay was in the lineup with his daughter Bronte, and Mike Parsons arrived early with Lakey Peterson. They've been sharing the lineup with Cheyne Horan, too, so by our math that's about twenty five percent of the Top 16 from 1988 in the lineup. Tatiana Weston-Webb has been in Fiji for more than a week and traveling with Carissa Moore and her sister. They've been out in the lineup virtually everyday, and it's showing. Tatiana's tube has been on point this week. Tuesday was the biggest day at Cloudbreak, with sets well over 10-foot capping on the outside ledge. The ladies were taking it all in from the boat early on, as Alex Gray (seen here) and Jarrod White battled some stiff offshore wind while stroking into a handful of beasts. 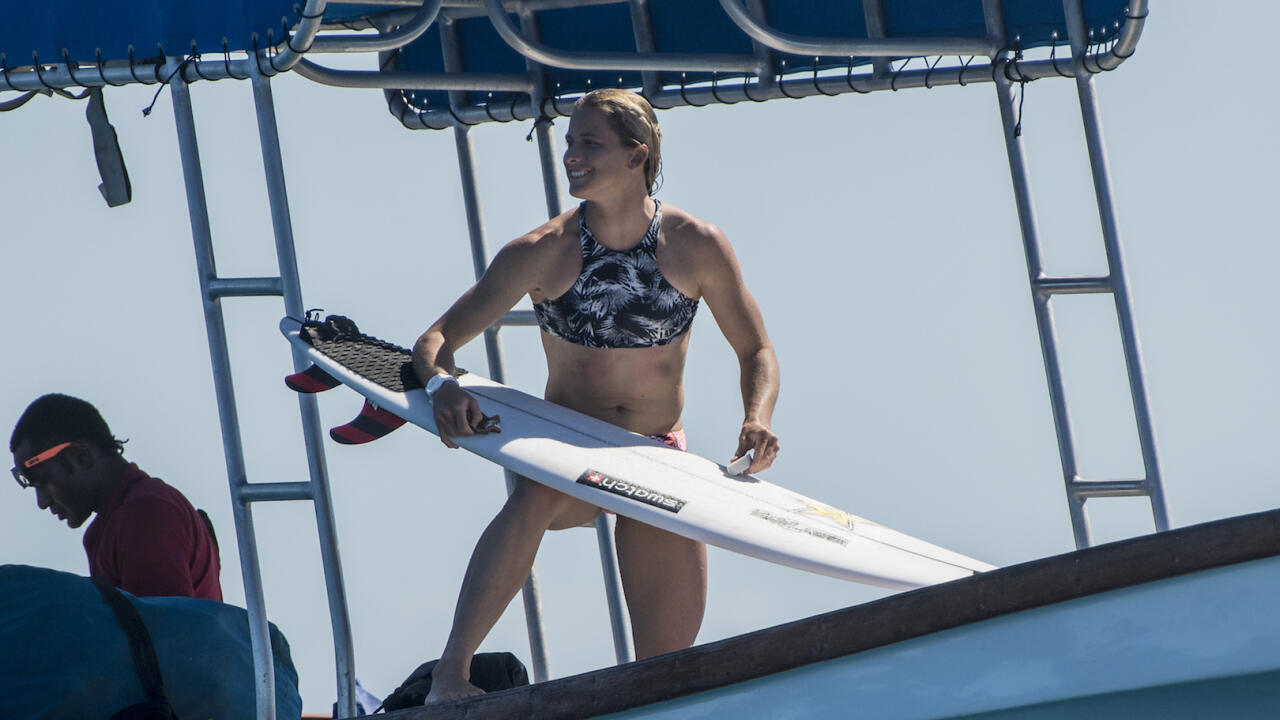 Courtney Conlogue really stepped up to represent the women on the big day. After watching a handful of big sets roll through she was determined to get a bomb. After taking a few licks early on in the session Conlogue hooked into one of the cleanest bombs of the day. After leaning into a big driving bottom turn and snapping under the lip, she was set up perfectly for this huge pit, which earned her some of the loudest cheers of the day. 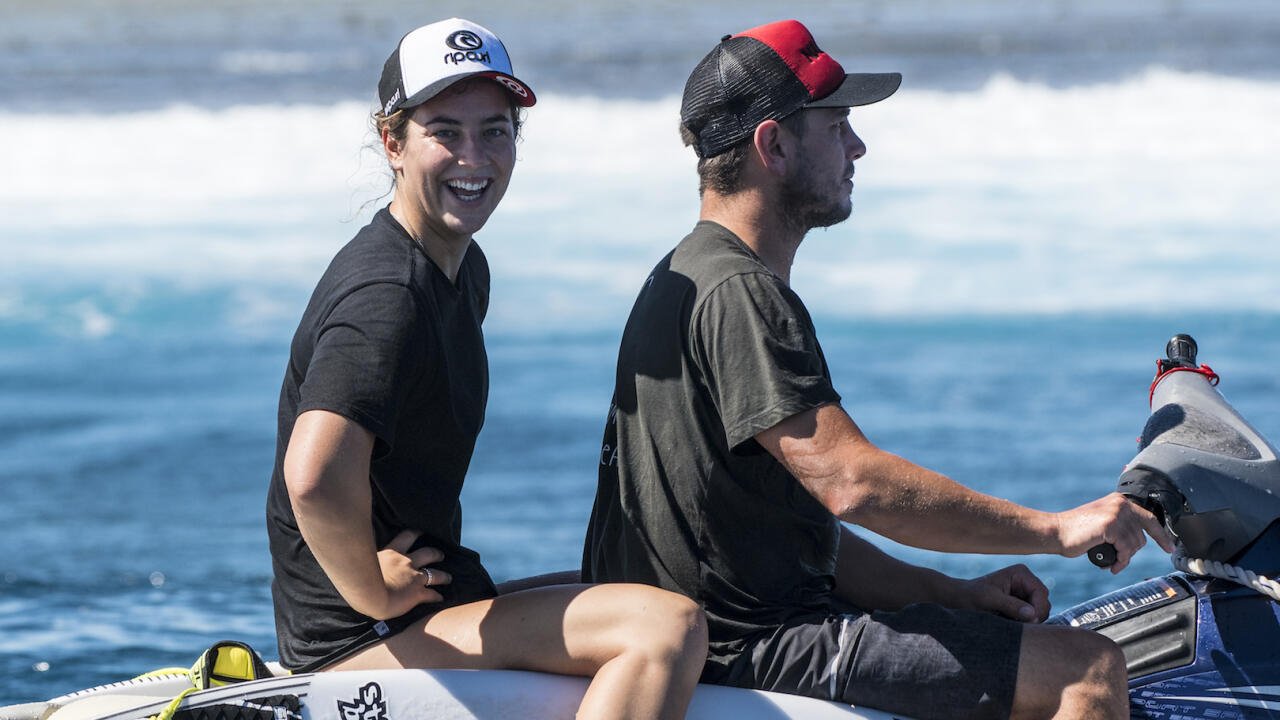 Tyler Wright flew in on Wednesday and is staying on Namotu island until the contest starts. She's been getting advice from big wave surfer Danny Griffiths, who spends a lot of time in Fiji on Namotu and knows the Cloudbreak lineup well. Stephanie Gilmore's backhand approach isn't what comes to mind when her name comes up, because the 6x World Champion is synonymous with right points. But after watching her carve Cloudbreak to pieces it's obvious that her backside attack is a very lethal hidden weapon. The past week has seen the full range of waves and weather. What started out as overcast and rainy at 6-to-8-foot, turned into 10-foot plus and howling offshore winds. It's cleaned up of late, and as of Friday it's dead flat, but that's giving the girls a little time to rest and tend to their wounds before the contest starts.