Don't it always seem to go
That you don't know what you've got
Till it's gone. Italo Ferreira is undoubtedly thrilled to be back in Fiji. - WSL / Ed Sloane

That's what Joni Mitchell famously sang about a parking lot. The sentiment, however, can also apply to the enforced absence of Italo Ferreira over the last three events on the Championship Tour (CT). The little bugger sure has been missed.

In the space of two years the Brazilian has gone from a complete unknown to an integral part of the Championship Tour (CT) furniture. Very few surf fans could have predicted that the soft-spoken goofyfooter would travel from rookie to comfy couch in such a short space of time. 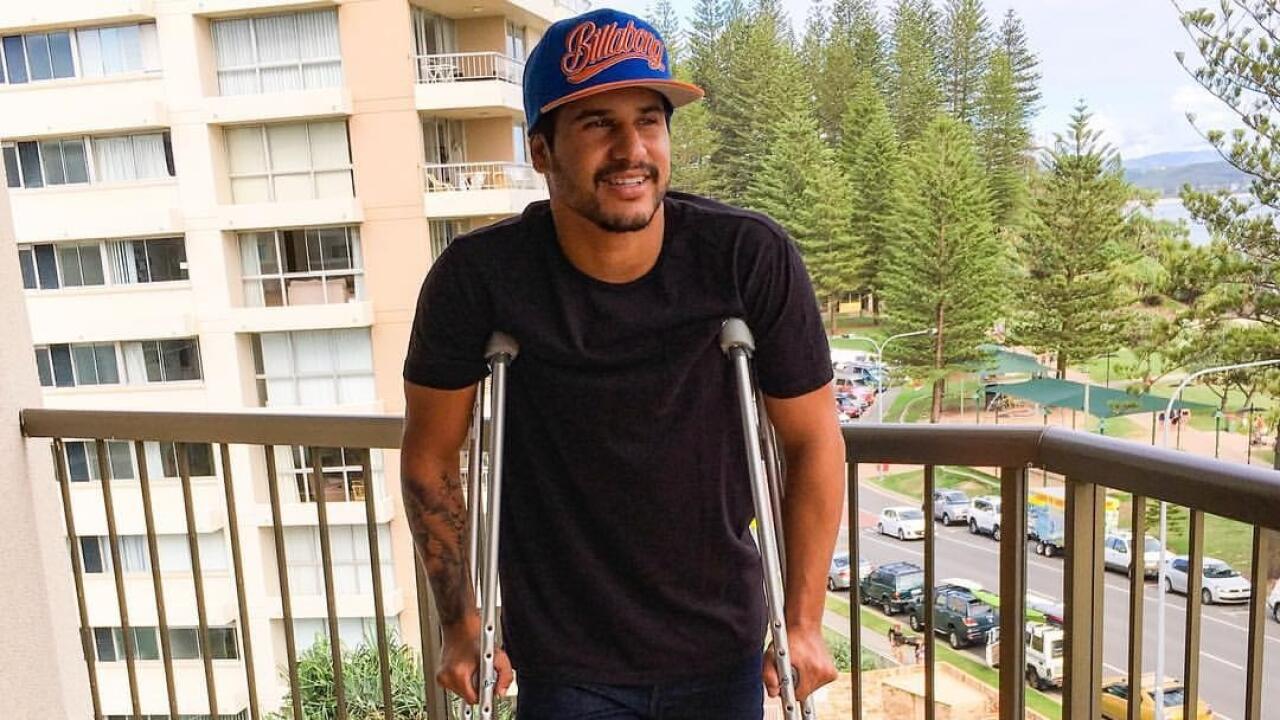 From crutches to Cloudbreak, Italo is back! - WSL / WSL South America

So when he ripped the frontal ligament of his ankle attempting a signature backside twist at Duranbah and was ruled out for the next three events, there was suddenly a glaring 5'7"-sized hole in the ranks of the CT, not to mention, one less mustache.

At the time of the injury Ferreira had just come off a 5th-place finish at the Quiksilver Pro Gold Coast, ending a remarkable run of seven consecutive 13ths on tour. At Snapper he also provided the single greatest piece of shock and awe of the entire event; a sky-scorching 540 rotation which netted him a perfect 10. It is perhaps those individual moments of magic that have been missed the most during his injury absence. He has an unpredictable power that few surfers on the CT can match. He is always worth watching because in the split of a second he can conjure up something truly special. Think of the backside punt in the Final in Portugal in 2015, still regarded as one of competitive surfing's loftiest-ever airs.

Ferreira Takes Flight
1:10
After all he has accomplished, it may be difficult to image Italo Ferreira as a Rookie, though one thing has been consistent, and that is the huge airs he's now famous for.

However, the key to Italo's success is that these magical explosions can come in many different forms and be applied at any location on the CT. At Bells he can surprise with the ferocity of backhand belts or his shin-splitting, closeout reentries. Or at the recent Oi Rio Pro can you imagine just what Yago Dora's aerial antics would have pushed Italo to attempt in the lefts of Saquarema?

Now though, we don't have to imagine. Italo is back for Fiji, albeit with a heavily strapped ankle, and ready to show the world exactly what we've been missing. In 2015 he made his mark at Cloudbreak by first beating Kelly Slater in a low-scoring heat with Italo finishing each wave with his fins cutting through the dry coral. Then when Cloudbreak bared its teeth at 10-foot plus, he simply threw himself over the ledge time and time again to make the Quarterfinals. On Sunday in Fiji, Italo started his 2017 Cloudbreak campaign in some tricky morning conditions. The tubes were hard to come by, and even harder to make it out of, but Italo pulled a gritty win over Kolohe Andino and Joan Duru. While it was a low-scoring match, Italo is undoubtedly thrilled he gets to skip Round Two.