The fifth annual Los Cabos Open of Surf got underway with plenty of swell on hand to get the women's Qualifying Series (QS) 6,000 in the water right away. - WSL / Andrew Nichols

A massive day of competition kicked off the women's Los Cabos Open of Surf QS6,000 as Round One, Round Two, and Round Three, Heats 1-6 were put in the books. With solid swell on offer throughout the day, an array of young talents and Qualifying Series (QS) threats to their higher-ranked opponents emerged with impressive performances.

If today's showcase of what the higher-ranked surfers can expect in days to come is the norm, this event will have plenty of great battles in store. Summer Macedo returned to Zippers in phenomenal fashion with a near-perfect 9.00 in her opening Round Two heat. She lost no momentum in Round Three with two excellent scores that totaled a 16.93 to solidify a dominant opening day performance. The young Hawaiian has a great track record at the Los Cabos Open of Surf, particularly in the Pro Junior, but now looks to make a mark on the QS.

"I'm really stoked with that heat, I knew the wave I wanted and just knew to wait for it," Macedo said. "It feels nice to come out with a good heat total to get started in the first round and then to build on that was so fun in the next heat. I had a really good run here last year and I've been looking forward to coming back here just feeling really comfortable in my abilities. Those waves just kept coming to me and felt like I was always in the right spot so that was amazing." Another young talent, Alyssa Spencer, ripped through her debut Round Two heat as well with an excellent 8.57 and 7.00 to back it up. The 14-year-old Californian attacked each opportunity on her backhand and picked up right where she left off last year with a Round Three appearance.

"That was so fun and felt like I was in a pretty good rhythm getting some good waves so I'm just excited right now," Spencer said. "I wanted to wait for the good ones since only a few come in through the heats, so I felt a bit lucky, but still really enjoyed it. My main focus is the Pro Junior and just get a good result in that, whereas the QS is more just for fun and try to get a few extra heats in." One of the most impressive performances of the day came from 15-year-old Rachel Presti. The Floridian charged through all three rounds and now finds herself among the top seeds in tomorrow's Round Four after winning her last Round Three heat to end day one.

"I feel really good after that and I'm so happy they ended up running my heat because the waves are so fun out there," Presti said. "It's so important to stay in line with the sets and not go for the wrong waves though, otherwise it's really tough to get back in rhythm. I just wanted to fix my mistakes from the last heats so now I'm excited for tomorrow. The further you go, the harder it gets, but also you feel like you can just go for it." Barbadian Chelsea Roett breaking through to Round Three after an impressive Round Two performance. - WSL / Andrew Nichols 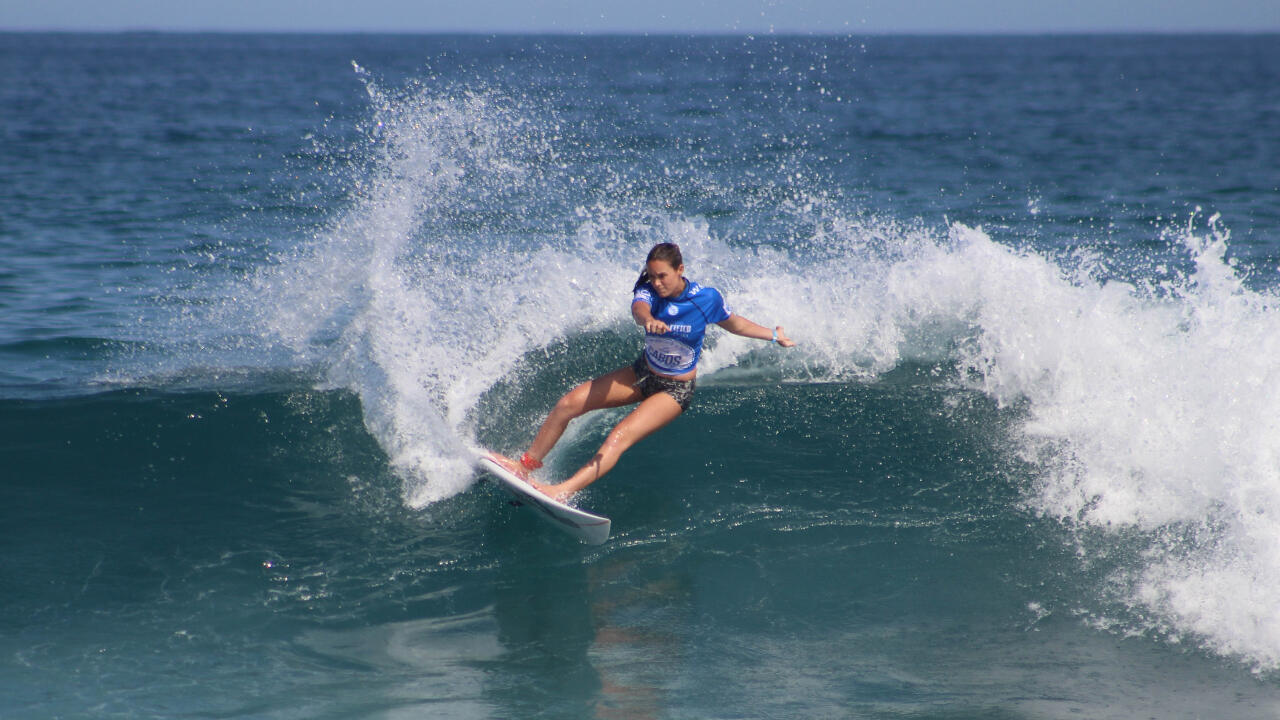 Bailey Nagy ripping her way through to a debut Round Three win. - WSL / Andrew Nichols Australian Freya Prumm dropped an 8.00 in her Round Three heat win after debuting in Round Two. - WSL / Andrew Nichols Event organizers will reconvene at 7:30 a.m. MDT to determine an 8:00 a.m. Start for either the Los Cabos Open of Surf Women's QS6,000 Round Three, or begin the Pro Junior events.

Tune in LIVE at 8:00 a.m. and witness all the action unfold at www.worldsurfleague.com, or by downloading the WSL App, and get daily updates.