Alex Ribeiro and Zoe McDougall clinched back-to-back titles in South Africa when they won the men's and women's events at the Jordy Smith Cape Town Surf Pro pres. by O'Neill in front of a packed beachfront at Melkbosstrand in Cape Town on Sunday.

Joshe Faulkner was the only South African winner at the event, successfully defending the junior men's crown he won last year, while Sophia Fulton grabbed her second victory in the past three weeks by dominating the junior women's Final. 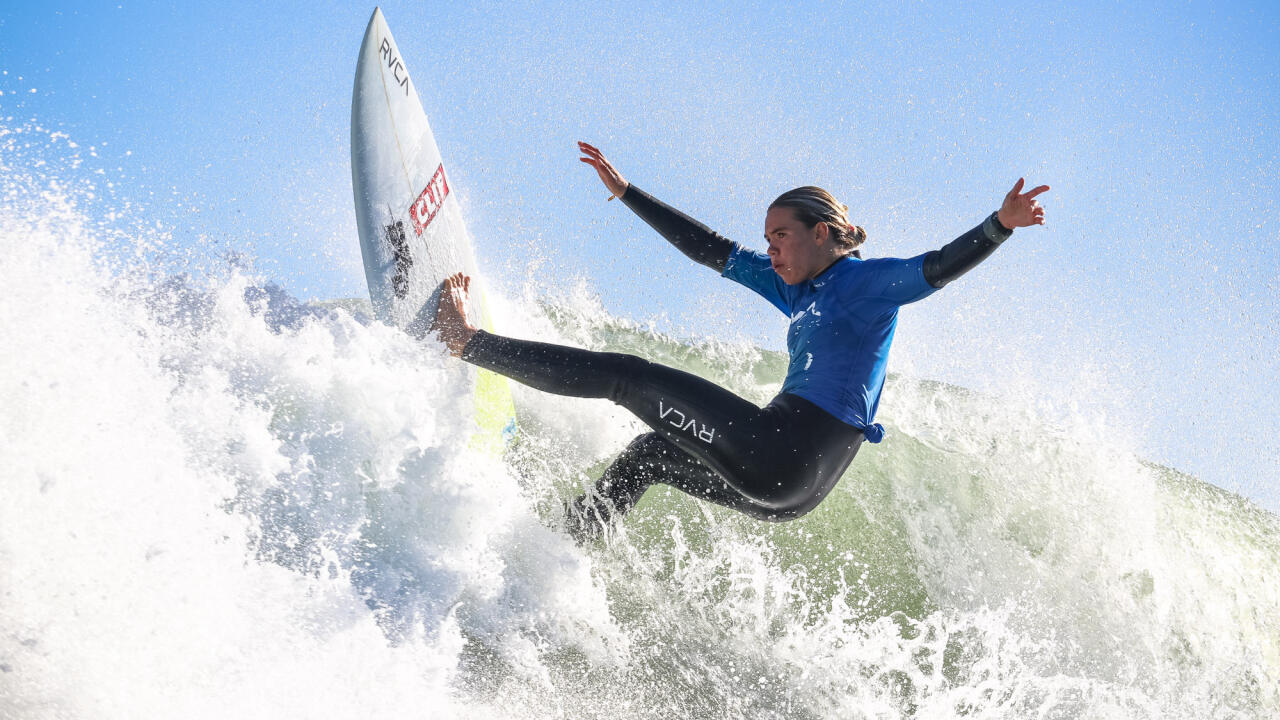 Up against close friend and travelling companion Marcos Correa in the Final, Ribeiro shot into a commanding lead as a growing swell pushed the wave heights up to two meters. Finding the only high scoring left breaking wave of the event, an 8.67, Ribeiro had his opponent in a combination situation within 10 minutes and Correa still needed 15.68 points when the 25 minute heat ended. "I saw the conditions changed so much and changed my strategy to go to the good waves to the left of the contest site," said Ribeiro. "So I sat there and got a 7.0 and then after riding only rights, I found a left in the Final and it was an eight something (8.87) and I put Marcos (Correa) in a combo situation. Then I was relaxed and held priority so I could select the best waves coming though.

"I'm super stoked to be here in Cape Town, I was really focused to make another result here. It's a special time for me this year in South Africa, I'm stoked to have two wins and it was good to make a final with my good friend Marcos." McDougall, who has already won four events in South Africa this year, overcame an uncharacteristically sluggish performance in the junior women's Final to dominate, racking up scores of 7.83 and 6.67 for a 14.50 heat total that her opponents, Camilla Kemp, Nicole Pallet and Reika Noro, were unable to match.

Faulkner was ecstatic to return to the winners circle at the junior men's event he won last year. The lanky Jeffreys Bay teenager stayed very busy throughout the final, riding a total of 13 waves in the 25 minutes, and took the lead from Liam O'Brien with a high-risk aerial that netted him an excellent 8.87.

With Joao Chianca threatening the lead, Faulkner posted a 7.0 on his twelfth ride to seal the victory ahead of Chianca, O'Brien and his brother Angelo. The junior women's Final was the first to run as the swell started filling in and became a nail-biting contest as the top three were separated by less than half a point. It was Fulton's opening ride of 7.33 that prevailed when the last rides of both fellow Australian Pacha Luque-Light and McDougall fell agonizingly short of overhauling the leader. Sophie Bell struggled to find waves with scoring potential in the final and finished fourth.

The presence of event sponsor and current world No. 3, Jordy Smith, drew throngs of spectators to the event and he put his signature on everything from surfboards to t-shirts and posters before presiding at the awards ceremony. The outreach programmes conducted by Surfing South Africa (SSA) at the each of the five events in the City Surf Series formed an important part of the activities, enabling young surfers from various backgrounds to participate in the international events. Comprising beach activities, water coaching, a tag-team contest and beach relays, the initiatives were presented by the Surfers With Original Talent (SWOT) organisation, headed by Danielle Johnson.

QS1,000 and JQS1,000 events move to Melkbosstrand for the first two days of competition.