"Well, how do I show someone what the ocean has given me?"

Jordy Smith pauses as he considers his next sentence. He's halfway through explaining why he's become involved with an ambitious new project between Corona and Parley for the Oceans, which aims to end marine plastic pollution -- one of the biggest threats to surfing, and our existence on this planet, that we have ever faced. It launched this May, on International Recycling Day, and the first phase sees the two organizations committing, by 2020, to protect 100 islands in six different parts of the world: Mexico, Maldives, Australia, Chile, Italy and the Dominican Republic. Championship Tour athletes like Smith, as well as Matt Wilkinson and Johanne Defay, are at the forefront of this movement. With their lives directly connected to the oceans, they are each in a uniquely powerful position to spread the word about the epidemic of marine plastic pollution and what we can all do to help -- especially within the surfing community, which loves the ocean and is willing to do whatever it takes to keep every wave as clean as possible.

We all know that human existence is taking a toll on our beloved oceans, be it through emissions due to global warming, coral bleaching, sea pollution, oil spills... sadly, the list goes on. But we are staring down the barrel of a future with an ocean that, at best, we don't recognize and, at worst, is dead.

But the extent to which we are impacting our environment comes as a shock, even to those of us who spend our lives in board shorts, breathing in the salty air.

"Before getting involved, I didn't realize just how much plastic was in the ocean, and on this planet," says Jordy. "In a lot of countries you see all these beaches that are just completely ruined by trash. You see rivers coming out with plastic floating out. And it's really sad because these are some of the most beautiful places in the world." As does Johanne Defay:

"We're surrounded by plastic," she said. "We're always surfing in between it...the beaches are full of it." A discussion on plastic pollution is inevitably a somber one, made heavier with each mention of depressing fact after depressing fact. There are 5.25 trillion pieces of plastic trash in the sea. It kills around a million sea birds a year. Plankton species, the foundation of all ocean life, are down by 40 percent since the 1950s. In the last decade we made more plastic than in the last century, and it never biodegrades or goes away. It's found everywhere, at all levels of the marine food web, even in our own bloodstreams. Plastic use is expected to double in the next 20 years. If the current pollution trend holds, the oceans will contain more plastic than fish by 2050. We all take a deep breath. We aren't here to talk about the problems; we're here to talk about answers, the steps we can all take to drive long-term solutions. This project is one such example, and it forms part of a wider strategy called AIR, which is Parley for the Ocean's answer to the destruction of our oceans by plastic pollution. The name comes from the fact that the oceans create more than half of the oxygen we breathe, but it also stands for Avoid, Intercept and Redesign. The strength of this strategy is that anyone, from the everyday citizen to the multinational corporation, can implement it to reduce their plastic footprint. 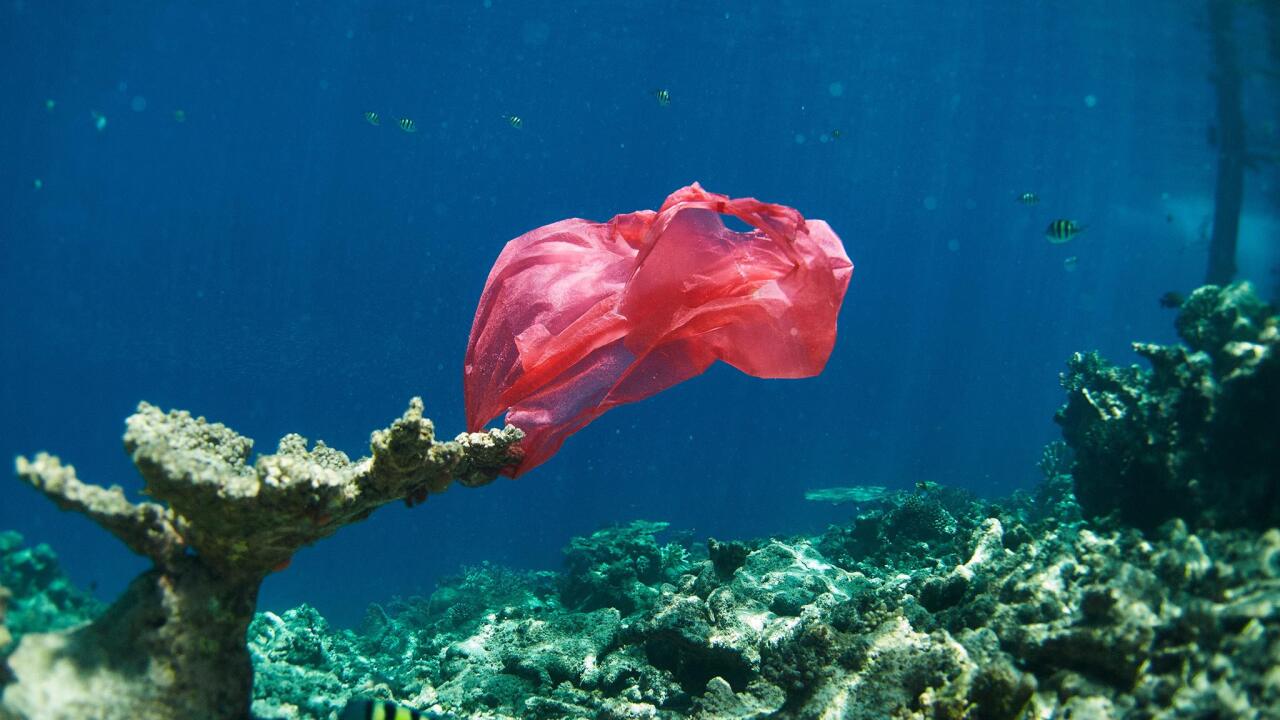 As Cyrill Gutsch, Parley founder, explains: "Plastic is a design failure. To raise awareness and immediately reduce the production of new plastic, we invented Ocean PlasticTM from upcycled marine debris and developed a formula for long-term change -- the Parley AIR Strategy: Avoid plastic; Intercept plastic debris; Redesign materials, products and the ways we use them."

It's not just Championship Tour (CT) surfers that are working with the two partners to bring weight to the affair. Big-wave surfers like Ramon Navarro and Greg Long have also joined the cause, as well as Hollywood heavy-hitters like Diego Luna and Chris Hemsworth (who also happens to be a surfer himself).

The collaboration among all the partners aims to bring an even greater number of solutions to the table. They recently ran an Ocean School in the Maldives along with prominent marine biologists, oceanographers, photographers, scientists, artists, filmmakers and musicians to discuss how to both work towards fixing the problem and spread the word most efficiently.

For us, it's a simple question. As Jacques Cousteau once said of the ocean: "People protect what they love."

Let's hope the campaign can help people rediscover their love for the ocean before it's too late.