Highlights: Jeep Pro San Bartolo Peru
2:07
With conditions pumping, the contest stormed through round after round.

The women came out firing on Day 1 of the QS 1,000 Jeep San Bartolo Peru. As a large swell hit the Peruvian coastline, event organizers opted to relocate the contest from the main site along the jetties in San Bartolo to the sizable back up site at Peñascal. The 6-foot waves (2 meters) had a "Sunset-esque" like quality, with voluminous righthanders breaking along a rocky coastline.

Being in top physical fitness was key today as the surfers had to battle against large sets, extensive paddling and finding the right part of the line-up to drop into the best waves. Under these conditions, the surfers from Peru held a slight advantage after having spent more time at the powerful waves at Peñascal. Melanie Giunta (PER) obtained a 16.75 for the highest heat total of the day after earning two scores in the excellent range (8.75 + 8.00) from the judges after blasting her way through some of the largest waves of the day in Heat 4 of the Quarterfinals.

With conditions pumping, the contest stormed through round after round and was concluded after the Semifinals. In Heat 1, the strong goofy-footer Anali Gomez (PER) had the opportunity to show off her backhand attack and was the first athlete to advance into the Finals. Dominic Barona (ECU) advanced in 2nd place, defeating Daniela Rosas (PER) and Jessica Anderson (CHL). 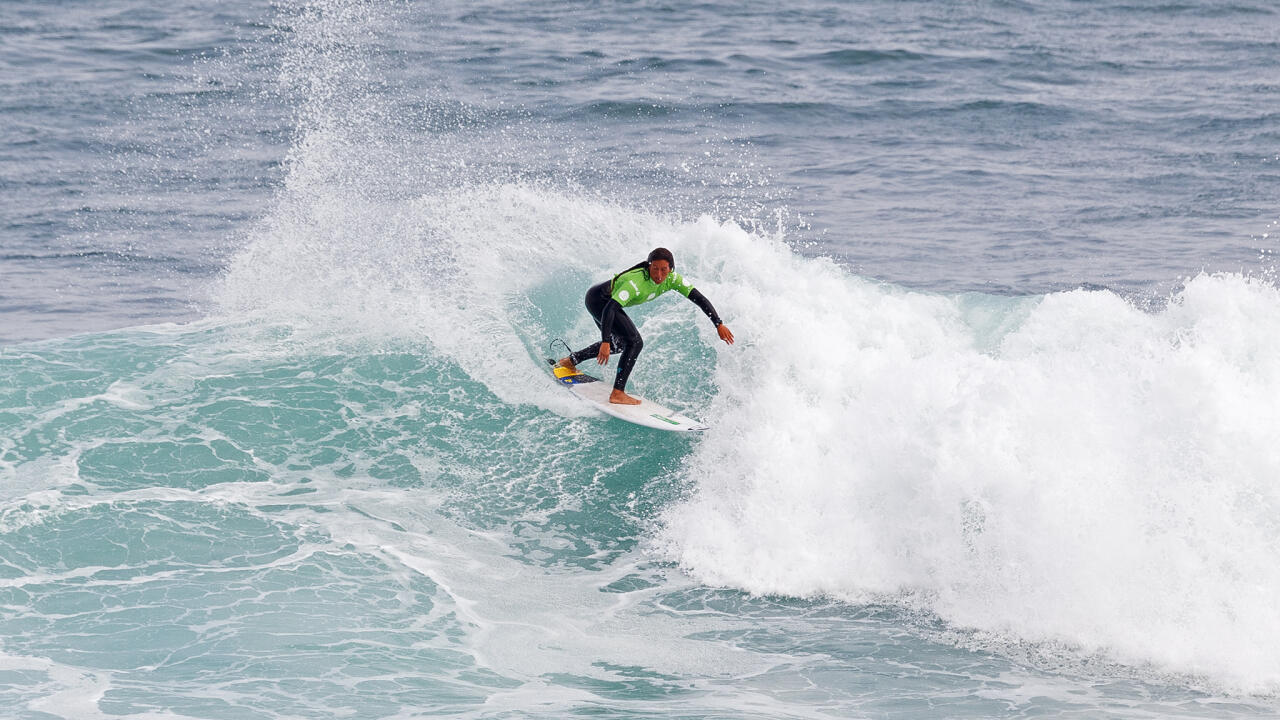 However, it was Vania Torres (PER) that led the charge in front of the hometown crowd after she scored a 9.25 on her best wave for the highest single wave ride of the competition. With her experience in heavy waves, Bailey Nagy, the lone Hawaiian left in competition also advanced along Torres into the Finals after defeating the 2016 WSL South America Junior Champion Taina Hinckel (BRA).

The two athletes from Peru - Gomez and Torres will now face Barona and Nagy in the Final.

The return of Qualifying Series events to Peru still has plenty of action to see as the men's division will hit the water with the start of the QS 1,000 Rip Curl Sab Bartolo Peru on Friday. An array of nations will be represented by the 64 athletes that will be competing in San Bartolo, including Brazil, Peru, Chile, the USA, Australia, Argentina, Hawaii, France, Greece, Ecuador and Costa Rica. The top seed of the event is Miguel Tudela (PER), who was victorious at the last QS event held in San Bartolo in 2012. He is scheduled to compete in Heat 1 of the day against Lucas Solar (PER), Jacob Szekely (USA) and Felipe Oliveira (BRA). Excitement is building with the opportunity to run in the heavy waves at Peñascal.

Both athletes now sit atop the WSL South America Regional rankings after winning their QS 1,000 events in Peru.