It was 10 years ago, at age 16, when Sally Fitzgibbons had to make a difficult choice. Already an Australian Junior Surfing Champion, she'd also just won the 800 and 1500 meter events at the Youth Olympic Festival in the Czech Republic. It was time to concentrate on just one discipline -- achieving elite-level success was impossible while doing both. By now, of course, we know which choice she made: It was the ocean over the track, and Fitzgibbons immediately set the goal of becoming a World Champion.

The Sally Fitzgibbons Profile
4:42
Sally's competitive flame has been rekindled this year, putting her right back into this year's World Title race.

It is one of surfing's anomalies that she has yet to achieve that goal. In her time on the Championship Tour (CT) she has logged 10 wins and finished runner-up to the World Title in 2010, 2011 and 2012. Since making the elite-tier tour in 2009 she has only finished outside the top five once, and that was last year. Her consistency has been incredible, but the ultimate prize has remained agonizingly just out of reach. Touching the dream, and the rail, in Huntington. - WSL / Kenneth Morris

That 8th-place finish in 2016 had many thinking that maybe Fitzgibbons was running out of time -- or, worse, had missed her chance. Over the last few years she had started to expand her considerable business empire, umbrellaed under the Fitzgibbons International label. She wrote a book, unveiled a new fitness app, and her non-profit, The Sally Fitzgibbons Foundation, designed to inspire children to live healthy and active lives, was thriving. It seemed that Sally's incredible determination and drive was understandably starting to drift slightly away from surfing and into the wider world.

"I still get so much reward from chasing down a World Title and improving as an athlete," Fitzgibbons said last year. "But the business side of things, and creating a holistic vision, has offered me the new challenge I've needed. Just like I did earlier in my surfing career, I get to learn from those more experienced than me all over again." 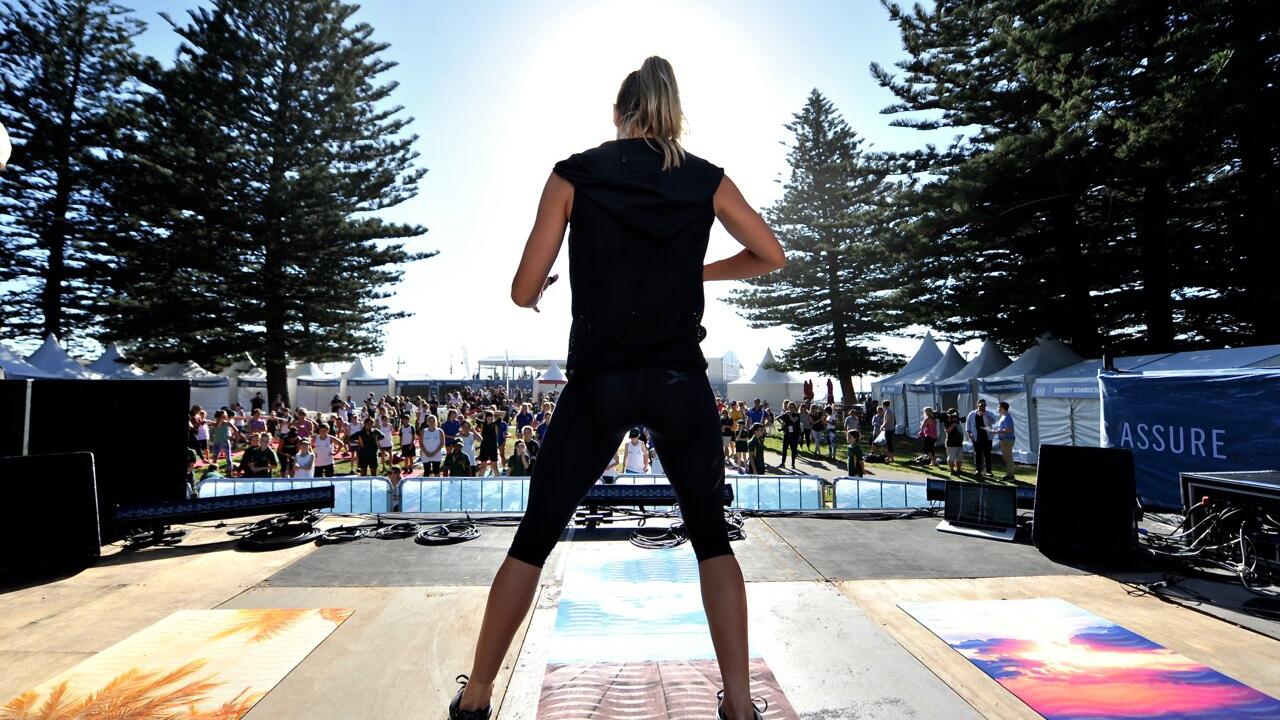 Sally faces up to her new challenges. - WSL / AABB

Anyone thinking that Sally was finished as a surfer, though, should have known better. It is not in her DNA to approach any task without total commitment. An expanding business empire is one thing, but the burning desire to become a champion, the single goal that has sustained her since she walked away from the track was, and is, still there. With a Semifinal at Snapper at the start of the 2017 season and a win at Margaret River, Fitzgibbons proved that her surfing was still capable of delivering her dream.

In the events since, she has been a model of consistency, never failing to reach the Quarterfinals. With four events remaining she sits as the World No. 2 -- just 1500 points behind Tyler Wright and in a four-way tussle for the Title with Wright, Courtney Conlogue and Stephanie Gilmore. Trestles will, like all the remaining events, be absolutely critical. Sally was a finalist in the inaugural Swatch Pro in 2014, but has failed to register a solid result since. Back to winning ways at Margaret River. - WSL / Kelly Cestari

In previous years, however, Fitzgibbons was never this close to a World Title and she knows she will need to make the Semifinals at least to keep applying the pressure. 2017 could be the best chance to finally reach her lifelong goal. If she does, perhaps no one in surfing will have worked harder, or deserve it more, than Fitzgibbons.