With eight events completed, and just three remaining, the much coveted Rookie of The Year award has turned into a two-horse race. And what a race it's been. After the Hurley Pro at Trestles, Connor O'Leary has maintained his grip as the World No 10, but Frederico Morais' Quarterfinal appearance has him breathing down his neck and trailing the Australian by the slimmest margin possible, just 50 points.

Morais Stomping at Trestles
1:29
Frederico Morais earns an 8.43, taking down Ezekiel Lau in Round Three.

While we have had breakout rookie seasons in recent times, Italo Ferreira came 7th in 2015 and Nat Young 8th in 2013, it has been rare to see two rookies doing so much damage in their first year on tour. You have to go back to Gabriel Medina and John John Florence's first full years on the CT in 2012 to find two freshmen rocking the established order as much as O'Leary and Morais have done this year.

On paper you might expect the two to be very different. O'Leary is a goofyfooter who grew up surfing the beachbreaks of Cronulla. Morais was raised on the other side of the word, surfing in wetsuits year-round on the points just to the north of Lisbon. However, the year has shown that the pair share more similarities than just their current rankings. Each came into his first year on the CT with little hype and less expectation than some of the other rookies. While the likes of Ethan Ewing, Leo Fioravanti and Ezekiel Lau had grown up quickly under the surfing spotlight and bagged all the top junior titles, O'Leary and Morais had taken more time and matured through the Qualifying Series.

Their personality types are similar, too. While blessed with a quiet confidence and inner self belief, they prefer to let their surfing do most of the talking. Finally both come with a powerful, backfooted approach to rail surfing and seem immune to the pressures of competitive surfing at the highest level. It was O'Leary who came off the blocks the fastest, though. On the Gold Coast his razor-sharp, powerful backhand and calm, competitive temperament combined to grab a surprise Quarterfinal finish. The exact same could be said for Morais at Bells, where his rail game was matched by a willingness to go head-to-head with some of the most experienced campaigners. Both have teamed up with an experienced surf coach, and former Aussie surf pro, in their respective coaches, Luke Egan and Richard Marsh, and their influence has shown.

Their Gold Coast and Bells finishes set a pattern for the year with Morais bagging a result whenever O'Leary tanked, and vice versa. In Fiji, the goofyfooter took out Morais in Round Two on the way to storming to the Final. At J-Bay, Morais returned the favor, squeaking past Connor in Round Three, before putting on the afterburners to make his own remarkable run to a Final.

Those events have been the highlights, the more obvious examples where they proved on the biggest stage they can beat, repeatedly, the world's best surfers. There have been ups and downs, a given in any rookie year, but when the two have clicked they have provided some of the best and most surprising rookie performances in recent years.

With qualification already secured, the two can now move into the latter part of the season and surf with a freedom that their fellow freshman can only dream of. However, you can also bet there will be no complacency from either. Their quest to improve and to learn from each event, not to mention the work ethic that comes with their personality types, won't allow it.

No doubt the rookie of the year award will probably be fought to the death between the two at Pipeline. However you sense that Morais and O'Leary are already playing for the long game. The two should be battling on the CT for many years to come. 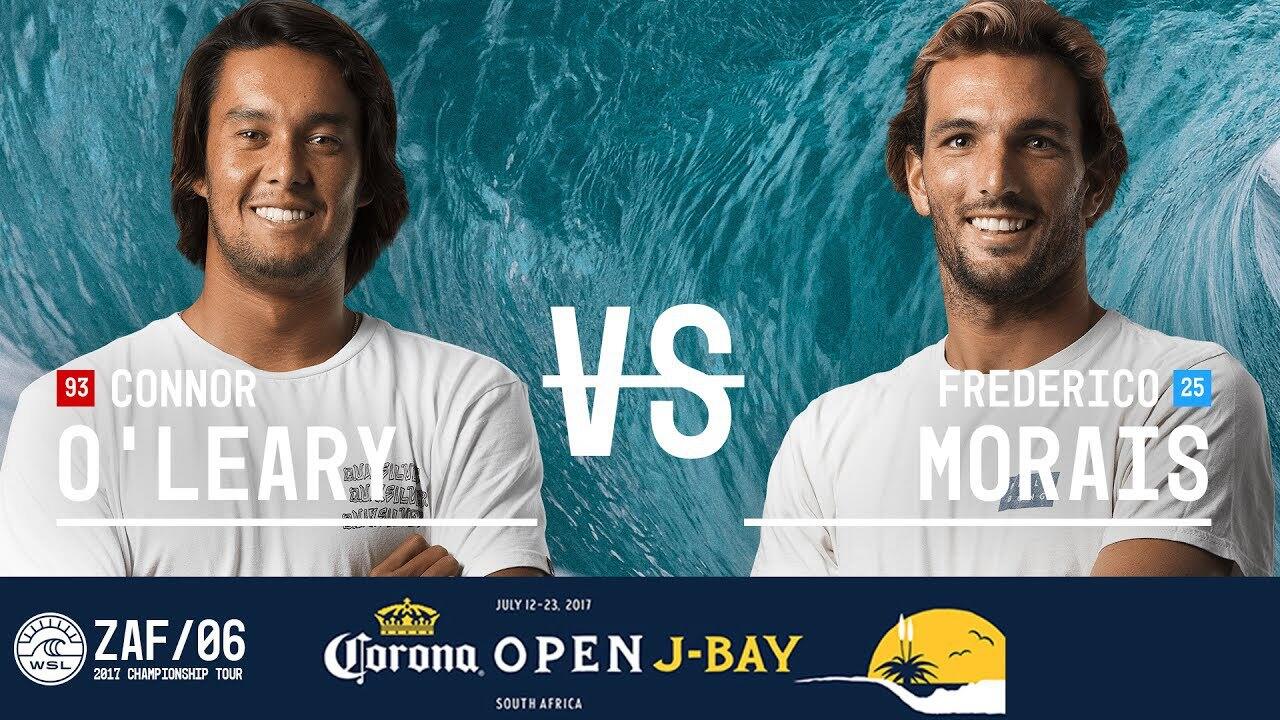 A matchup we may have to get used to. - WSL