Cloud 9 has come to life for Day One of The 2017 Siargao Cloud 9 Surfing Cup. Surfers were treated to clean 3-foot hollow right-handers for the opening day of competition in the Philippines. With an entire week to run the event, event directors ran all of Round One and 8 heats of Round Two.

The opening day saw massive performances from the local competitors with the first three heats of the day being taken out by Filipino surfers. One of the best performances came from Edwardo Aloiso who scored the highest heat total of Round One. Aloiso's total of 14.60 (out of a possible 20) was earned through deep tube rides and came in his first ever WSL event. Edwardo Aloiso on his way to the highest heat total of Round One. - WSL / Tom Bennett

"I have been really nervous waiting for this event as it's my first international event," Aloiso said. "It's amazing to see all of the top QS guys come to my home break, I learn so much from them and how they surf. The waves were so good for my heat, the best Cloud 9 has been in a few weeks."

Mark Ailer Catulay was another local who shone during his opening heat. His ability to read and wave the tube at Cloud 9 saw him overcome Aussie Noah Stocca with a heat total of 13.66. "The waves are so fun today," Catulay said. "It feels so good to host the top surfers here in my home country. Everyone here is so talented so it feels great to win that heat."

Former World No.2 Brad Gerlach needs little introduction in the surfing world. The stylish Californian and CT veteran is best known for his exploits in waves of consequence. The now surf coach has traveled to compete at Cloud 9 to learn more about four-man priority and to commentate. If he got a couple of waves and made a heat or two it would be a bonus. Turns out he did more than make a heat, scoring the highest single wave score of the opening round with an 8.17 (out of a possible 10) for a late drop into a deep tube ride. 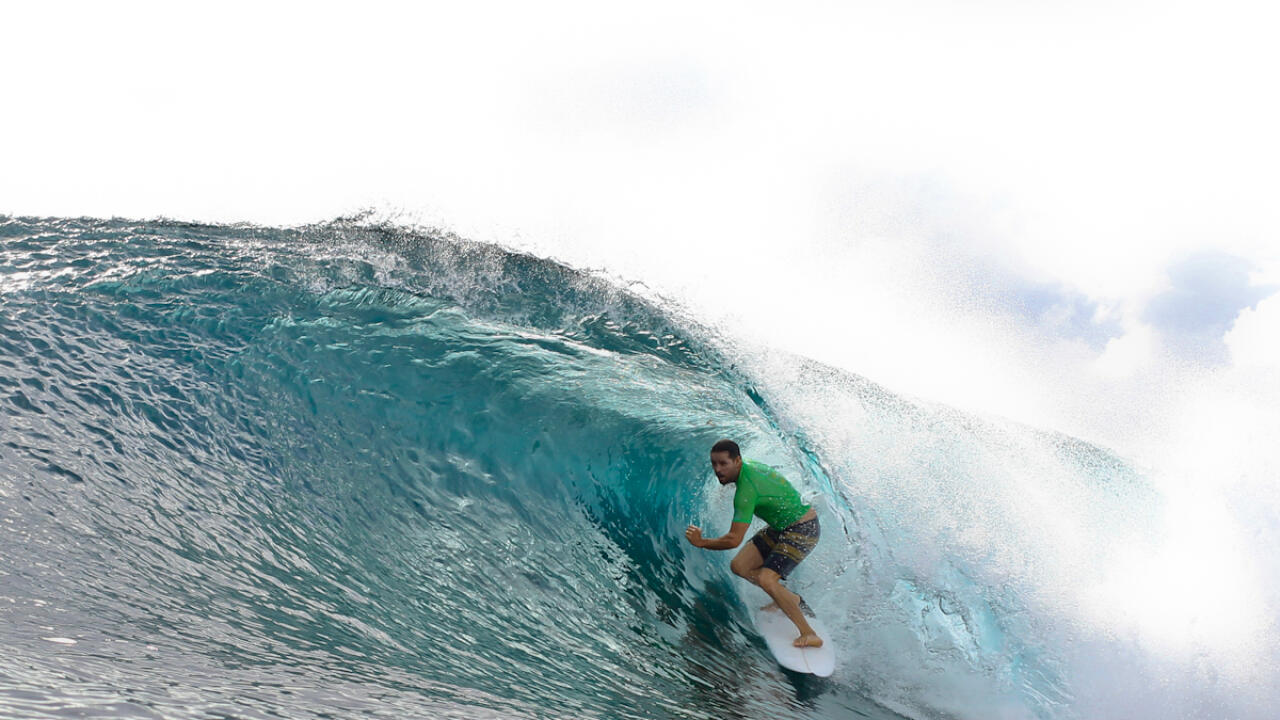 "I think the last time I competed in a QS event was in the nineties some time," Gerlach said. "That excellent score I got wouldn't have been so if I wasn't a bit older and slower, I was super late into it which helped me for sure. If I was any faster I wouldn't have been so deep in the tube. My main goal with this event is to surf in four-man priority so I can understand it better when working with my students. I also didn't want to look like a kook so to get the highest wave score of the round is great. I'm really glad to be in the Philippines, this is my first time at Cloud 9 and I'm really impressed - it's super clean and the water is warm and the people are so nice. The locals are great surfers as well, I'm sure we'll be seeing a Filipino on the CT in the near future."

Australian charger Dean Bowen has come to the Philippines for the first time and is settling in nicely, taking out his first two heats of competition. Bowen used both tubes and his vertical attack to post a heat total of 12.60 and guarantee himself a spot in Round Three. Dean Bowen throwing buckets on his way to Round Three. - WSL / Tom Bennett

"This is my first time here and I'm loving it," Bowen said. "I'm stoked to get through a few heats, the local guys have this place so wired so it is really tough to stay on top because they're amazing in the tube. It looks like the waves will be great over the next few days so hopefully I can keep making heats and get a roll on."

2015 event champion and local hero John Mark Tokong had a close call during his opening round heat only just progressing. As a huge rain-squall past through the area just prior to his heat, conditions deteriorated and the surf became hard to read. With no barrels on offer, Tokong took to the air, flaring his trademark tail high reverse to move into a progressing position. He will hope for some cleaner conditions when he hits the water in Round Three. "That was a really hard heat," Tokong said. "The waves got really tricky with that wind. With no barrels I knew I would have to go big and go to the air. It was scary because I would hate to lose my local event in my first heat. The waves look like they are going to be good this week so I can't wait to get back out there and get some tubes."