Nope, not some new Hollywood romance, but a fascinating matchup in the Cascais Women's Pro that could have a big say in the 2017 World Title. After six heats in Round One were completed this morning at Guincho, it emerged that Tyler Wright, the World Champ will face Teresa Bonvalot, the local wildcard, in Heat 3 of the sudden-death Round Two.

After Tatiana Weston-Webb won the heat, Wright joined Stephanie Gilmore as the only other World Title contender forced into Round Two. While it was a closely fought affair, Tyler surfed with a knee brace on her right leg and the discomfort was noticeable. Tentative isn't the word you'd normally use to describe Wright's power-surfing, but it looked liked she was nursing it in some of her signature finishing turns. The lack of aggression was notable for one of the sport's most aggressive surfers. Tyler knows that surfing through the pain comes with the territory at the elite level and she offered no excuses. Before her heat she'd watched her rivals, World No. 1 Sally Fitzgibbons and No. 2 Courtney Conlogue, each less than 500 points ahead of her in the ratings, win their Round One matchups. That upped the pressure, but Wright will be confident she can manage the injury and surf near her best in Round Two.

She will need to, as she is up against a local talent. Bonvalot is smooth goofyfooter and two-time European Junior Champion; she has finished 3rd and 5th in the last two World Junior Championships. Bolted on to her pedigree is CT experience at this event. This is the third time she has been given the wildcard for the contest and having just turned 18, it feels like she has now developed the maturity to deal with surfing against CT opponents in front of her passionate, hometown fans. 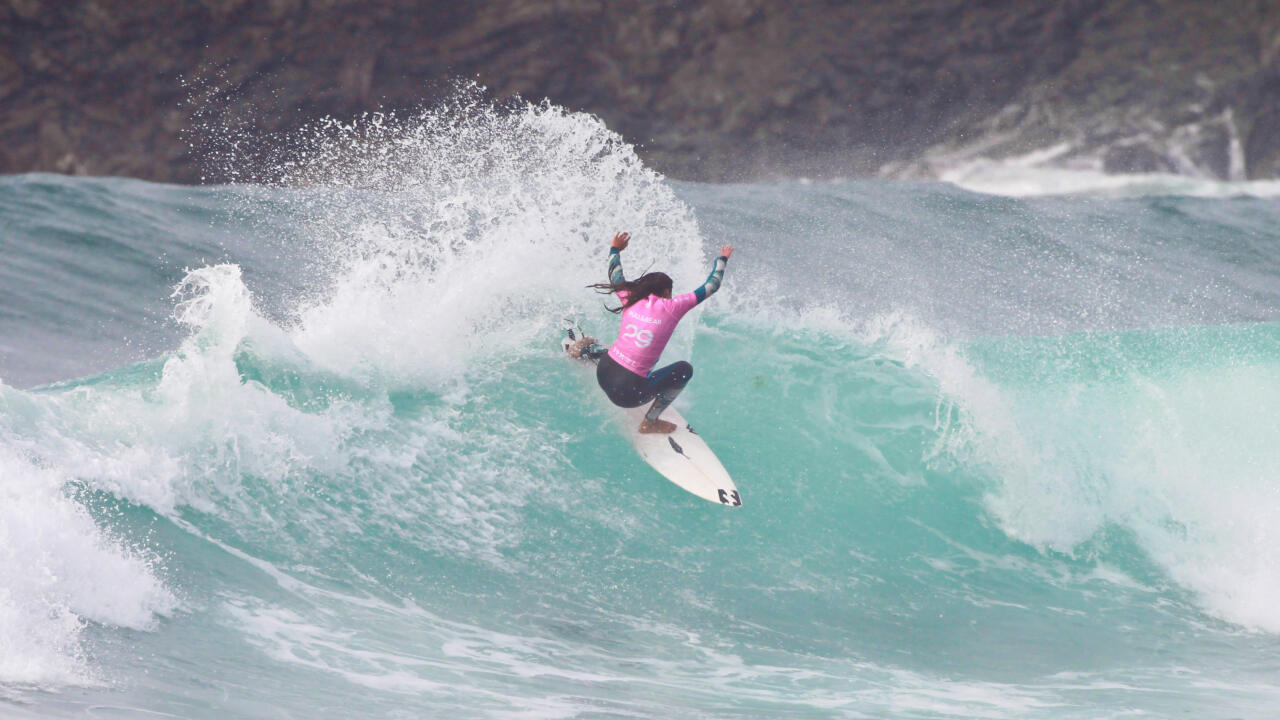 The style that sees Bonvalot as one of Europe's emerging talents. - WSL / Laurent Masurel

A natural athlete and gnarly competitor, Bonvalot excelled at football for her hometown club and represented her school at badminton and cross-country running. Against Wright she will also have the advantage of surfing at the break where she learned to surf. Sure, her performance today didn't reflect her athleticism, talent or lineup knowledge, but make no mistake: she is desperate to prove herself away from the Junior European stage. A win over the current World Champion would be a pretty good start.

That, however, will prove no easy task. The extent of Wright's injury may not be known, but the scope of her drive and determination is all too apparent. Her next heat has suddenly become one of the biggest of her year so far. When Teresa meets Tyler, there can only be one winner.