It's not often that Qualifying Series surfers get a chance to use their step-up boards. However, on Day 2 of the WSL QS 1,500 Maui and Sons Pichilemu Women's Pro presented by Royal Guard, it was a necessity as solid surf grew throughout the day with consistent 6 - 8 foot (2-2.5 meters) sets running down the line at Punta de Lobos in Chile. You could tell the athletes were visibly stoked during their post-heat interviews after getting the chance to surf in world-class conditions. Today, no one did better than Leticia Canales Bilbao (EUK) during her performance in Heat 2 of Round 3. Competition caught fire with Leticia and Josefina Ane (ARG) going blow-for-blow with high scoring waves. Ane attacked earning an 8.75 and a 5.75 on her two first waves. Bilbao countered with a 7.00 and an incredible 9.50 after smashing a long left with expressive, tweaked-out turns. She topped all scores of the event so far with her 9.5 and 16.50 total. Eliminated from the heat were Bethany Zelasko (USA) and Dominic Barona (ECU).

"It feels amazing to know that I've been improving and was able to show that in competition," said the surfer from the Basque Country. "For me, what's the point of competing if you're not having fun? I think you just have to enjoy the moment. Surfing here is so incredible, you can find some great waves. It's a challenge for everyone, but if you catch a good one, it makes it all worthwhile." 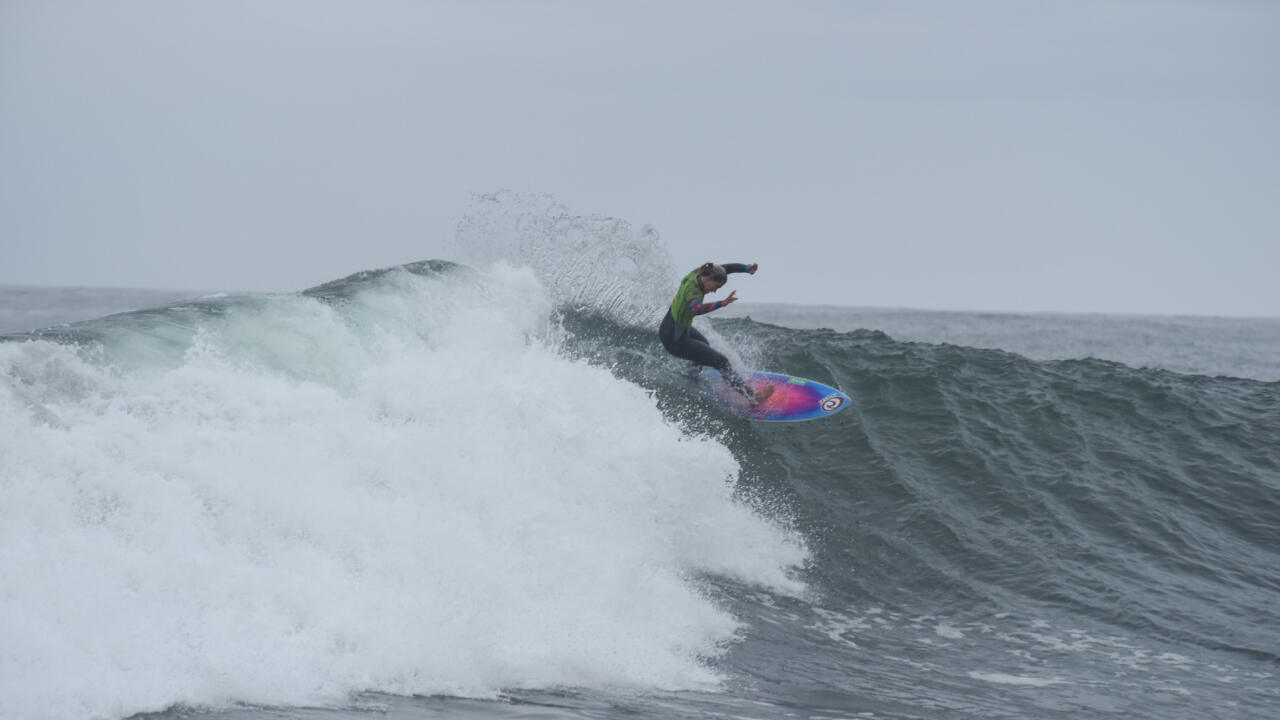 In one of the most exciting heats of the day, a stacked line-up included a rematch between Sofia Mulanovich (PER), the 2004 World Champion and defending Maui and Sons Pichilemu Pro winner, against the 18-year old Costa Rican, Leilani McGonagle. Add in local surfer Jessica Anderson (CHL) and one of Peru's rising stars, Daniela Rosas.

Each surfer started the heat with good scores. Sofia began her campaign in championship form earning an 8.50 on consecutive vertical snaps during her first ride. Rosas got a 6.00, Anderson a 7.00 and McGonagle obtained a 7.15. As it turned out, backup scores ended up being definitive in the final results. The 15-year old Rosas jumped into first place after receiving a 7.10 on stylish backhand surfing. Mulanovich only caught a 2.90, but sat in 2nd. But with little time remaining, McGonagle squeezed out just enough points with a 4.75 to overtake Mulanovich, eliminating the former world champ and Anderson, the local surfer.

"It feels great to win a heat against such talent. I just needed to stay calm and I knew I could get the scores if the right waves came through, I knew it was all up to me" said the composed teenager Rosas. "I've never beaten Sofia, who is a legend in Peru, and Jessica knows this place better than anyone, so it feels great to advance against them into the next round." 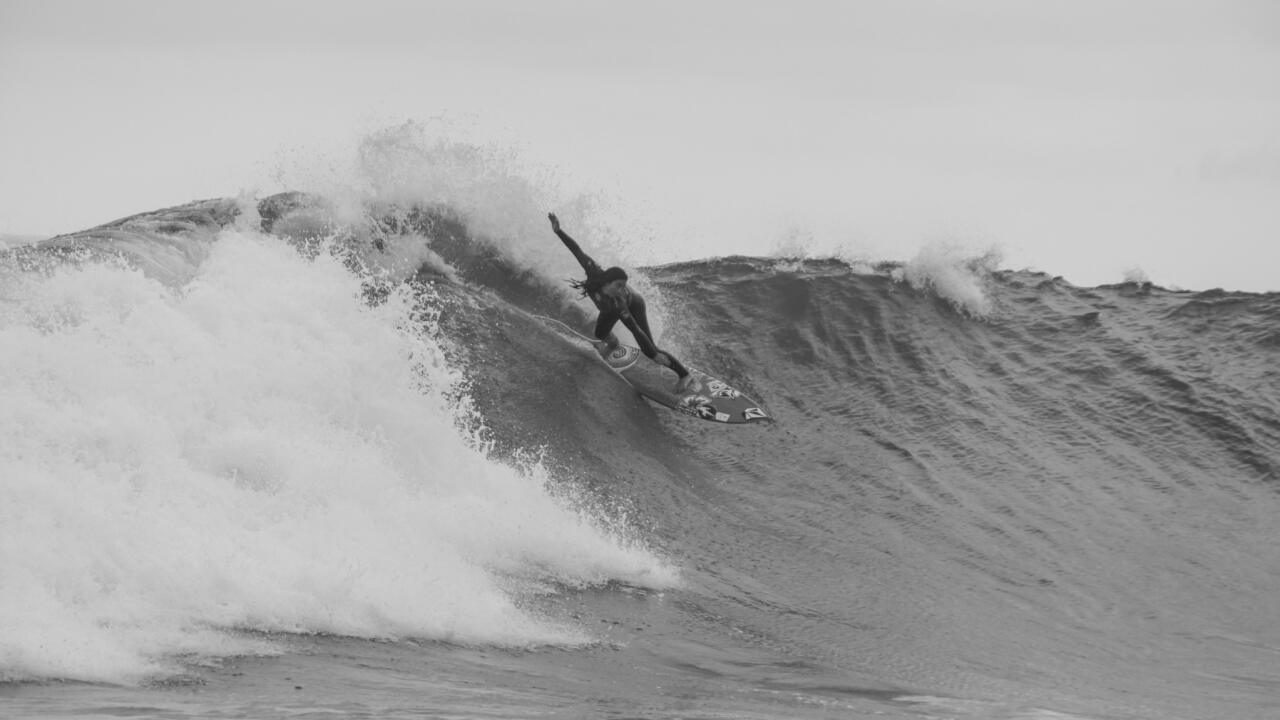 In the last heat of the day, Autumn Hays (USA) seemed completely at home in the rocky, cold and heavy waters off the coast of Chile. She opened up Heat 4 of Round 3 with a 7.25 on her first wave, then followed by catching a solid 8-footer that broke perfectly along the reef giving her multiple opportunities to hit the lip vertically. Her 14.00 total advanced her directly into the Quarterfinals with Marissa Shaw (USA) also moving forward in 2nd place.

"These are some of the best waves I've ever had in a contest," said Hays. "There are perfect lefts and it's so fun getting to use a step-up. I don't get to do it that much in contests. Most events on the QS are in much smaller waves." 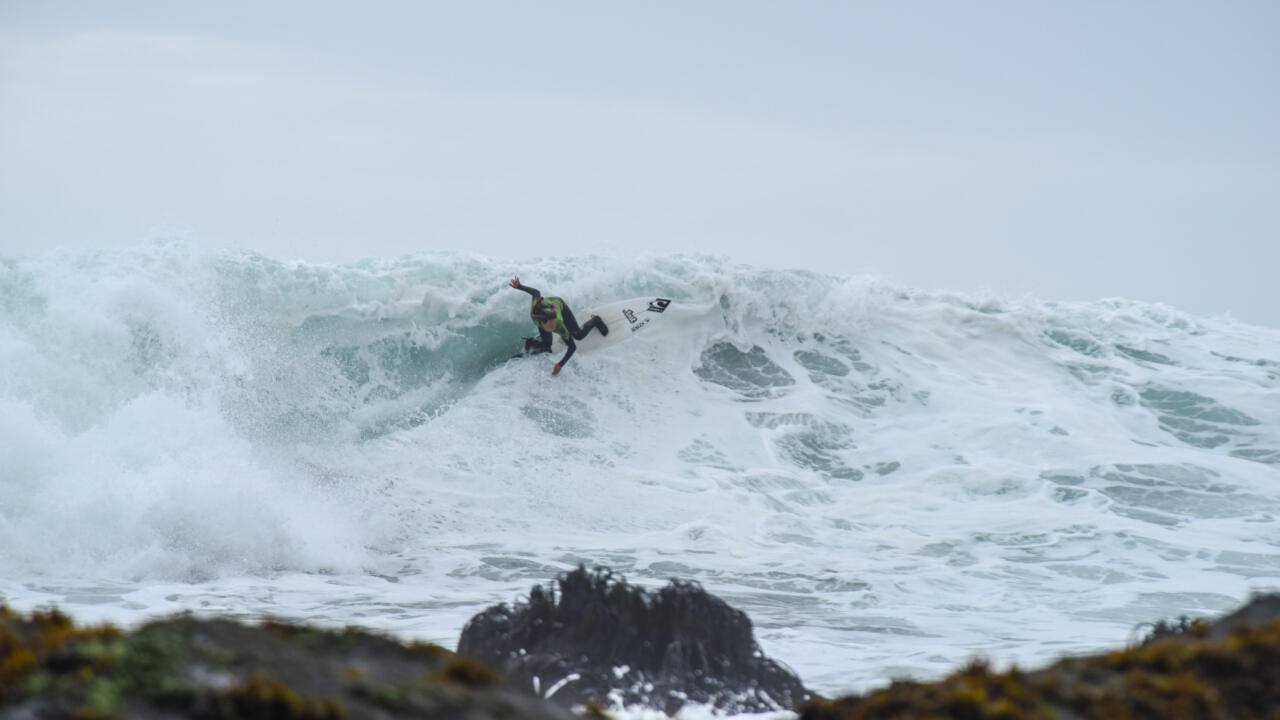 When describing her comfort level, she continued:

"It's just like home; jumping off rocks, wearing a 4/3 and booties, I feel really comfortable here. I was nervous before my heat because everyone surfs so good, so I knew I had to push it. I love the whole scene with the rocks and the cactus, it's so scenic, I love it. It's just a little scary jumping off the point, I had never done that and I was a little stressed." A call is set for noon (local time) on Sunday for completion of the QS 1,500 Maui and Sons Pichilemu Women's Pro presented by Royal Guard. Heat 1 of the Quarterfinals will see the powerful WSL South America rankings leader Anali Gomez (PER) coming up against Josefina Ane from Argentina. Watch all the action LIVE at: www.worldsurfleague.com