When the 2017 Pe'ahi Challenge kicks off this Friday, October 26, perhaps no one will be more excited that local hero Billy Kemper.

For the past two years running, he has been the undisputed king of the WSL's Big Wave Tour event, winning it back-to-back. It started with the event in 2015, when Kemper broke into the big leagues of the Big Wave Tour. That year, he edged fellow Maui native Albee Layer, along with veterans Greg Long, Ian Walsh, Gabriel Villarán and Shane Dorian.

Billey Kemper's Perfect Pe'ahi Ride, 2016
2:44
Billy Kemper ups the ante against Will Skudin and Twiggy Baker with a perfect 10-point ride in Final of the Pe'ahi Challenge.

In 2016, incredibly, Kemper did it again. This time he beat Long again, as well as Grant Baker, Nic Lamb, Pedro Calado and Will Skudin. Adding a big-wave cherry to the top of a massive achievement, Kemper picked up a 10-point ride in the Final to cement his chest-thumping victory.

So can the local hero defend his title for a third time? We caught up with him to see what his take is on potentially pulling off a big-wave hat trick.

Kemper's Winning Wave, Circa 2015
0:16
Billy Kemper stands tall in the barrel, comes out ahead of the spit for a strong start to the Pe'ahi Challenge Final.

World Surf League: You're the two-time defending champion at Pe'ahi. Are you feeling any sort of pressure for a hat trick?
Billy Kemper: Oh yeah, for sure. I've put the pressure on myself, but that's what I thrive on and perform best under. The boys are definitely barking at me about a three-peat, and I'm confident and ready for anything!

Last year, after your win, you were quite open about just how hard you had been training. Have you kept up with this regime?
Absolutely training my ass off with my same strength and condition coach Kahea Hart, along side the same nutritionists, Matt and Cherie Chan.

Kemper knows his way around the Jaws lineup, enough for a third victory. - WSL / Kelly Cestari 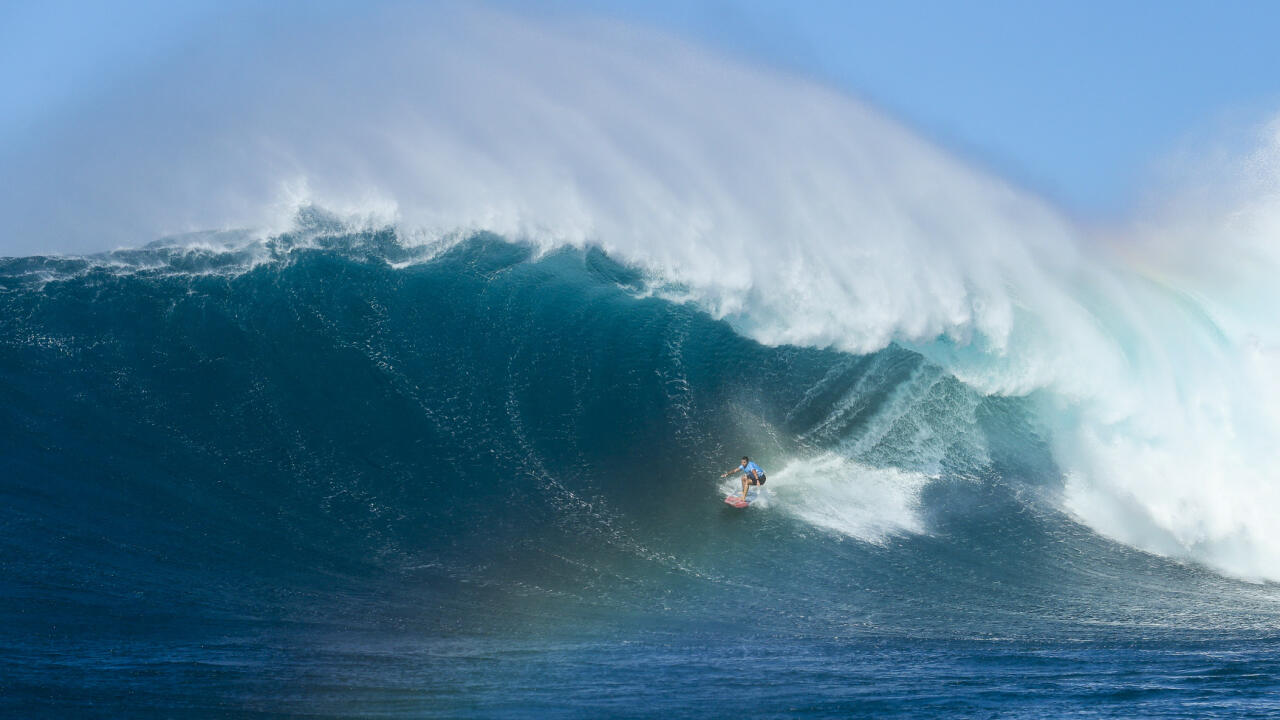 Tell us a little more about what you do to make yourself sweat.
My training consists of a formula Kahea and I have put together over the last seven years, and each year we add new things to better myself. From speed and agilities to boxing, CrossFit, XPT pool training, gymnastics and foundation -- we have a wide mix of everything to create magic.

Everyone has their secrets out in the lineup, but which are the waves that you look for at Jaws?
Quite simply, I look for the best waves of the day -- the ones that will change my life and drop jaws, literally. I want to tackle the biggest barrels of my life every time I surf out there.

What is the worst thing that can happen at Jaws on a giant day?
Death.

Shane Dorian is fairly low-key throughout the year, until Jaws comes to life. - WSL / Tony Heff Quickly moving on... apart from you, who are the absolutely gnarliest big-wave surfers out there on a real day?
Albee Layer and Shane Dorian.

Let's talk Portugal. Nazaré is a helluva wave. How do you feel about that place?
To be totally honest, I'm not the biggest fan of the wave, but the town and the local people are amazing. I want to be rewarded with massive barrels while surfing big waves, but I'm sure on its day it does have lots to offer.

Kemper, about to descend the Nazaré mineshaft. - WSL / Guillaume Arrieta What do you go through when mentally preparing for the Nazaré Challenge?
It's all the same for big waves for me. If I'm physically ready then my mental game is stronger then ever, and that is my fire.

One contest down, you're fourth in the world on the ratings. How seriously have you considered a world title run? Are you in that place physically and emotionally?
I am. I'm 200 percent ready, and hungrier than ever.

Mavericks is currently being cleared for a BWT event. How do you feel about that? Is it a place that stokes you out?
Yes! I am so pumped to see that wave on tour! I absolutely love that wave and the fact that we're going to possibly get a chance to compete out there on the Big Wave Tour is the best thing ever.