The race for the 2017 women's World Title is one of the closest in history, with five of the sport's biggest names still very much in the mix heading into the final event of the season, the Maui Women's Pro. Jeep Leader Sally Fitzgibbons is clinging to a razor-thin lead over Tyler Wright, with Courtney Conlogue right on their heels. Both Stephanie Gilmore and Carissa Moore will be playing the long odds, but will be ready to step up should the frontrunners stumble. While there's a long list of possibilities, the gist is that Fitzgibbons, Wright and Conlogue all control their own destinies. Here are some basic takeaways of how this showdown can shake out. 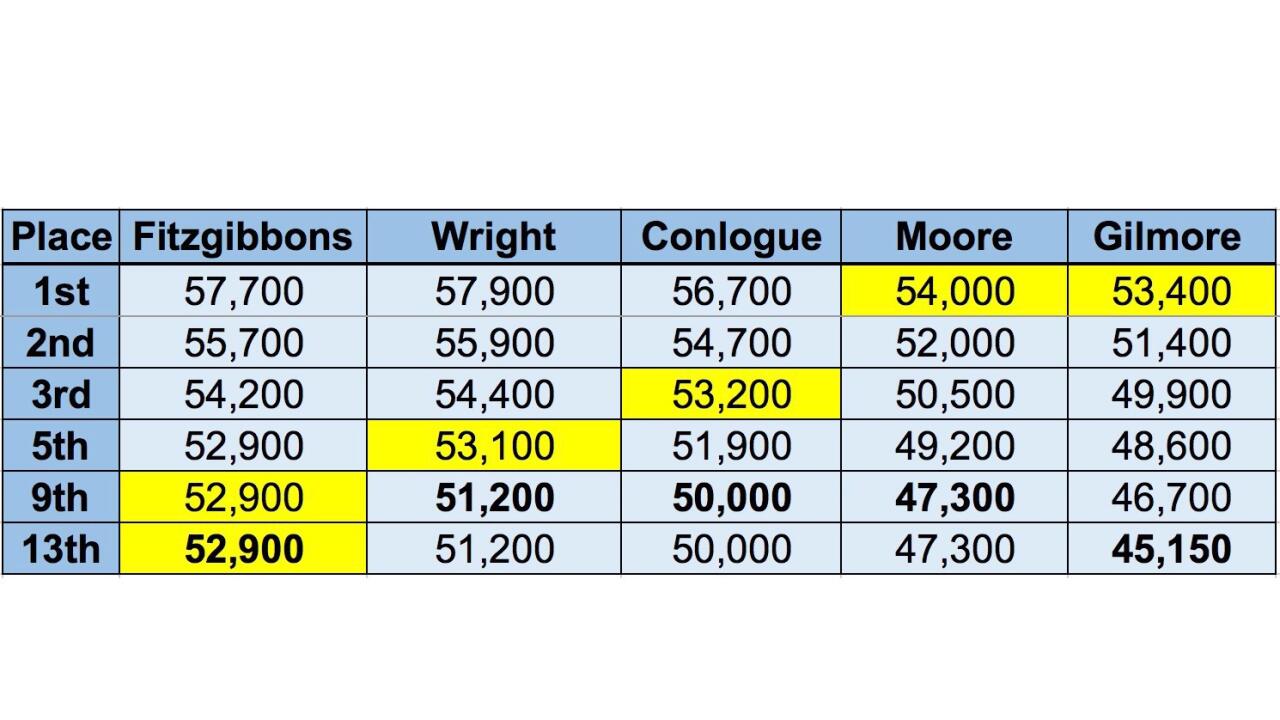 Behold the season-ending point possibilities for the 2017 Women's World Title race. The highlighted result is the minimun requirement for each surfer to have a shot. The bold number is the minimum number of rankings points they'll walk away with after the Maui Pro. - WSL

Tyler Wright: Needs at least a 5th, but Sally can't finish in front of her. Courtney can't get 3rd or better. Steph and Carissa can't win.

Courtney Conlogue: Needs at least a 3rd, but can only win the World Title if she finishes ahead of Tyler and Sally.

Carissa Moore: Needs to win the event, but Sally and Tyler can't get better than 5th, and Courtney can't make the Final.

Stephanie Gilmore: Needs to win the event, but Sally and Tyler can't get better than 5th, and Courtney can't make the Final. Carissa Moore may be a long shot, but she knows how to win at Honolua. She'll need to if she wants to have a shot at this year's Title. - WSL / Poullenot/Aquashot

The Devil's in the Details
The most interesting thing to note about this race is that even though Sally is the current Jeep Leader, if she and Tyler both advance to the Quarterfinals, the advantage flips in Tyler Wright's direction because if they both finish equal 5th or equal 3rd, Tyler ends up with more points. Courtney Conlogue will enter this year's Maui Pro in total control of her destiny. Regardless of what how her competitors do, a win will get her the World Title she's been after. - WSL / Poullenot/Aquashot