With five all-star talents prepping for a dramatic World Title showdown at the Maui Women's Pro the one pressing question is, who has the edge? Given the blend of current rankings and each surfer's history of past performances at Honolua -- home of the final event of the year, the Maui Women's Pro, even the biggest fantasy surf geeks are having to think this thing through. Below is the case for and against each contender. Advantage: Thanks to her current status as Jeep Leader, even if Sally were to bomb out it would still be possible for her to win the World Title. After ratings are adjusted (each surfer's top 8 results are what count in the final tally) the lowest result in her scoreline will be a 5th place. Sally's rededicated herself to her lifelong dream of a World Title in 2017 -- so keep an eye on the Australian dynamo.
Disadvantage: In her four appearances at the Maui Pro, Sally has only made the Final once, in 2015, when she finished second to Carissa Moore. That's fewer Finals appearances than three of her fellow contenders, including Tyler Wright, who's her closest rival. Advantage: While Tyler can't afford an early slip-up in Maui, once she makes the Quarterfinals the ranking advantage shifts in her favor, because the lowest result of her top 8 will at that point also becomes a 5th. When stacked up against Fitzgibbons' top 8 results of the year, Tyler's 2nd-place finish in Margaret River gives her a 200-point edge if they tie for the same finish in Maui.
Disadvantage: Tyler's 2017 season has been far shakier than her dominant run to the top in 2016, when she won five events. Her average heat score (AHS) at Honolua Bay is 13.88, which puts her behind Sally, Stephanie Gilmore and Carissa. In two of her three appearances at Honolua, she's lost twice to Carissa. Advantage: Courtney's determination remains her biggest asset in this battle; well, that and the fact that by almost every measure she's the underdog in this fight. She's failed in this scenario in the past, but enduring that pain -- indeed, soaking it in -- means it no longer scares her. She's not risking anything by saying she wants it, and she wants it bad.
Disadvantage: She's the only Title contender who hasn't made the Final at Honolua, and she's got the lowest average heat score (12.92) and heat win percentage there (53 percent) of all the contenders. She's also 0-2 to Carissa at this venue. Advantage: Moore has made the Final at Honolua every year for the past three, and won it twice. Her 73 percent HWP is second only to that of Steph, and her AHS is a solid 14.81, which is second only to Sally. And let's not forget that Hawaii -- the island notwithstanding -- is still home. And finally there's tradition. Ever time Carissa has finished 3rd in the rankings (like she did in 2016) she's come back to win the World Title the next year.
Disadvantage: 2017 -- it's just been a very strange year for Carissa. Nothing has been easy. Even if she does win the event she'll need some help from others to clinch the Title. Sally and Tyler can't make the Semis. And Courtney can't make the Final. 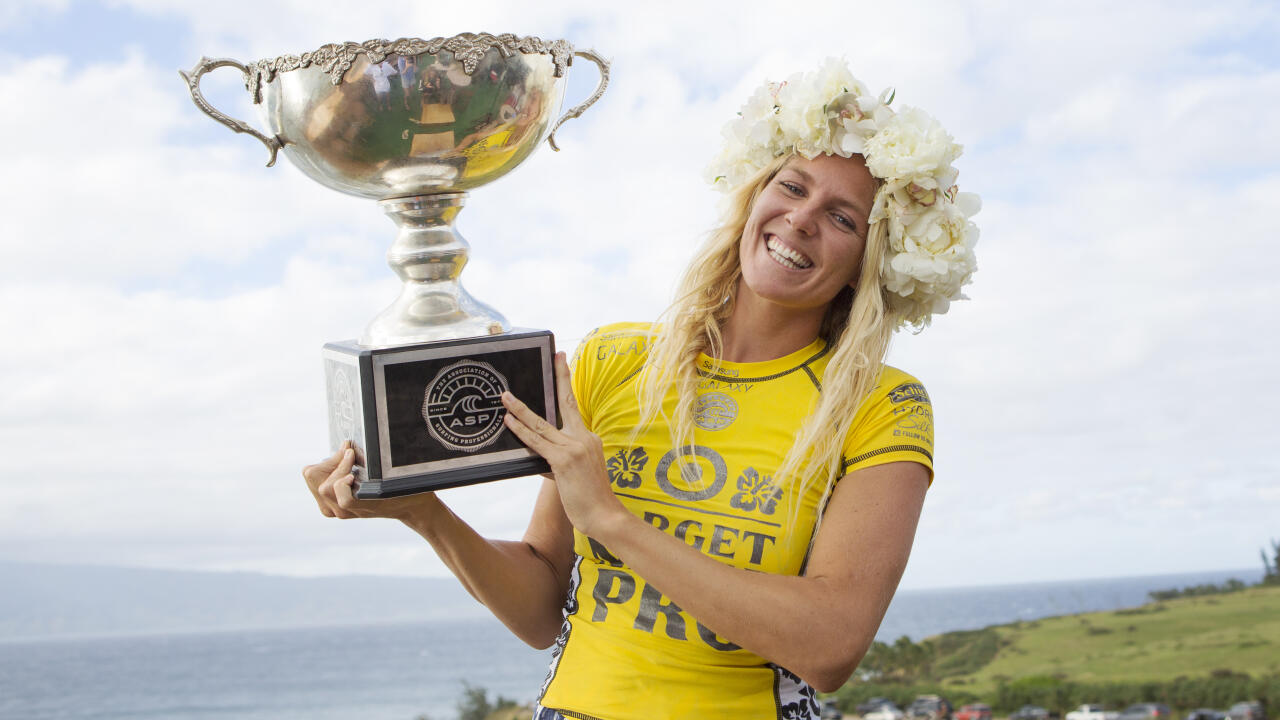 Advantage: Steph is a three-time winner of this event, and her HWP of 81 percent at Honolua is the highest of anyone on Tour. She's somebody who gets better as the waves do, so if Honolua is pumping, well, watch out.
Disadvantage: Steph's last win at Honolua was all the way back in 2009 -- a lifetime ago. She bombed out last year when the waves were bad, missed the event in 2015 and lost in the Quarters in 2014, so she hasn't exactly been on a roll of late.

Watch the Title battle of the Maui Women's Pro live daily on the WSL from Nov. 25 to Dec. 6.