Solid swell was on offer again at Jinzun Harbor for day two of the Taiwan Open World Longboard Champs - Men's. With Round Two action running on Monday in clean 3-to-4 ft. the event's first set of casualties were sent packing. Harley Ingleby progressed into Round Three of the WLC. - WSL / Tom Bennett

Harley Ingleby is not a name you would expect to see in Round Two, but after a tough Round One match the 2x World Champion Found himself facing elimination. Coming up against trials winner Rory Macdonald, Ingleby turned on his trademark technical wizardry, combining power with finesse to post a winning heat total of 12.93. 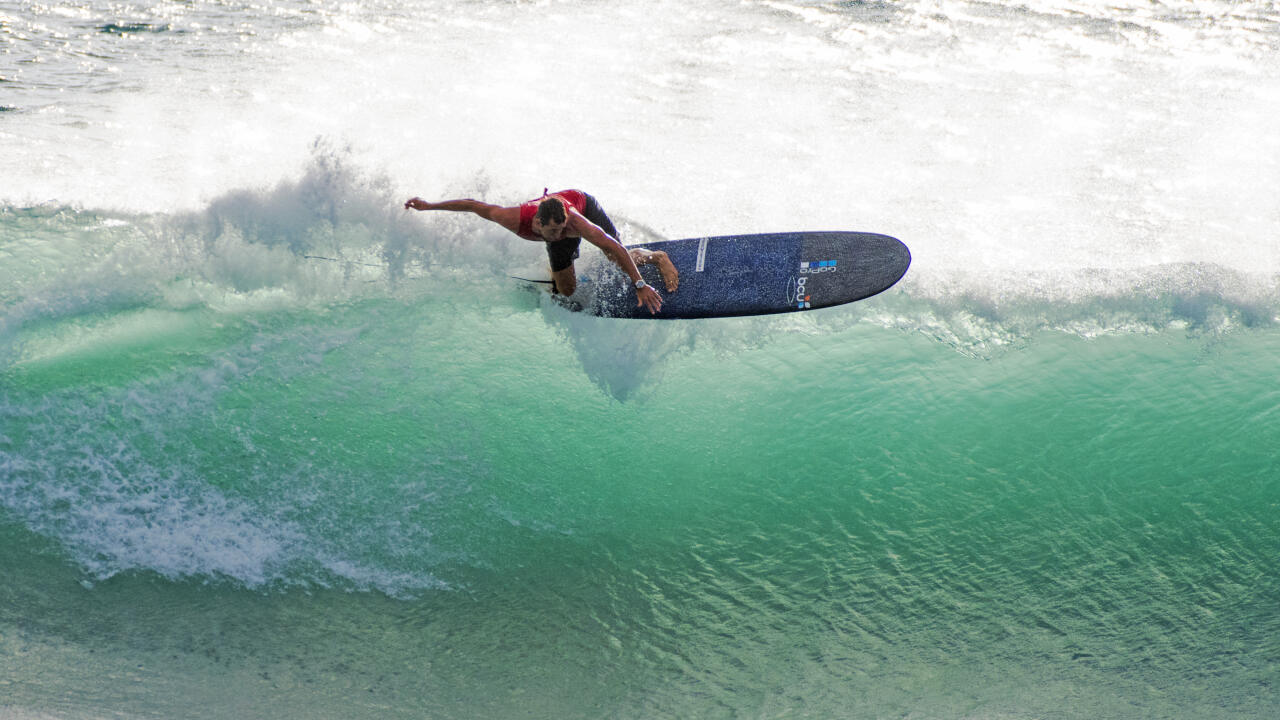 "The wind is pretty strong into the right-handers but the waves are still really good," Ingleby said. "Having to surf in Round Two isn't too bad, it's just more time in the water which I like. You just want to make sure you make it."

Last year's World Longboard Championship runner-up Steven Sawyer was another unexpected Round Two surfer. Hailing from the long point break of Jeffreys Bay in South Africa, Sawyer is no slouch in big open windy right-handers. Sawyers conventional approach saw him take the heat with a total of 11.70. As the wind began to howl, event directors were forced to call it a day with four heats left to run. Before they did however the most exciting heat of the day went down between Aussie duo Jack Entwistle and Jared Neal. Entwistle lead the entire heat until the last dying minutes when Neal found a solid left. But Entwistle answered back with a solid wave of his own and won the heat after the buzzer with a heat total of 14.14. Jack Entwistle as the wind began to howl at Jinzun. - WSL / Tim Hain

"I saw Jared turn for that one inside and thought it was all over," Entwistle said. "I wasn't aware he had taken the lead when I took off but knew it was a possibility. With this in mind I knew I had to get busy and I did. I'm really happy to have won that heat and keep going through."