The 2017 Qualifying Series (QS) season was once again full of unexpected twists and turns. Many of 2016's top performers were unable to find their form this year, while a number of new faces and wily vets emerged from The Grind to stake their claims on the 2018 Championship Tour (CT).

Soli Bailey's win at the Volcom Pipe Pro way back in January kicked off the year in dramatic fashion, and the race was well and truly on. With the event window for the final QS event of the year, QS No. 58, the Vans World Cup at Sunset Beach now open, here's a look back at some of 2017's most intriguing stories.

Jesse Mendes Sprints Ahead -- and Never Looks Back After missing the Championship Tour qualification cut by two spots at the end of the 2016 season, the year's biggest surprise on the Qualifying Series (QS) was Jesse Mendes. The 24-year-old Brazilian kicked off the 2017 season in blazing form, winning two of the first three QS 6,000 events and had nearly reached the 22,000 points mark by the 4th of July.

By surpassing the traditional 19,000-point qualification threshold at the Tour's midway point, he had essentially booked his 2018 CT spot with half the year still to go. Not wanting to rest on his laurels, Mendes kept his focus and finished 9th at the EDP Billabong Pro Cascais, an event dominated by CT surfers desperate to requalify via the QS.

His strong result in Portugal pushed him over the 25k level, a staggering number considering two QS 10,000 tour stops still remained on the calendar at the time.

Like thieves in the night, a couple of cagey 19-year-olds oozing with talent -- Brazilian Yago Dora and Californian Griffin Colapinto -- staked their claims to join the CT's current youth movement.

We committed to this path when I was 15, and the goal by the time I turned 19 was to be qualified for the CT, I nailed my goals at Haleiwa, I'm so proud of that, it's a lot to process.

Dora opened the year with a QS6,000 win in Australia and another QS6,000 later in the year over in the Azores, but the real shock wave hit when he dropped a 3rd place finish as a wildcard at the CT's Oi Rio Pro in May. Until recently, he was best known for dropping stunningly progressive video parts, will his competitive chops were a bit of a mystery. Not any more. Dora's days of sneaking up on the competition are over.

Colapinto, to the contrary, came on like a comet, doing most of his damage late in the year. For the second year running, the kid from San Clemente stole the show at the Hawaiian Pro, putting on another extraordinary performance at Haleiwa (this move from 2016 still staggers the soul). "We committed to this path when I was 15," said Colapinto, "and the goal by the time I turned 19 was to be qualified [for the CT]. I nailed my goals at Haleiwa. I'm so proud of that, it's a lot to process."

His second-place finish at the first jewel of the Triple Crown sent him up five spots in the ratings list. He's now within striking distance of the once untouchable position of No. 1-ranked Mendes. Final Day Highlight Reel: Italo and Zeke Ascend to Podium in Cascais
0:55
Italo Ferreira and Ezekiel battled to the end on a gem of a morning at the EDP Billabong Pro.

While three of his rookie cohorts -- Frederico Morais, Connor O' Leary and Joan Duru -- are currently ranked inside the CT's Top 20, battling it out for Rookie of the Year honors. Ezekiel Lau was the only CT rookie ranked inside the QS's Top 10 when the Hawaiian Pro kicked off earlier this month.

For his part, Lau wasn't really paying attention to the QS until both tours hit Europe for the long Northern Hemisphere summer leg. He never really turned on the jets until it was clear he'd struggle to requalify via the elite Tour. After a poor result in France on the CT, Lau took the win at the Cascais Pro, then went home and won the QS3000 HIC at Sunset in rapid succession.

Despite a disappointing finish at the Hawaiian Pro, Lau still looks well positioned to return in 2018 for his sophomore season. Taking all factors into consideration, including double qualifiers, there could potentially be six or seven fresh faces (plus a few familiar ones like Zeke) on the CT next year.

A Pair of Brazilian Journeymen Finally Realize Their CT Dreams 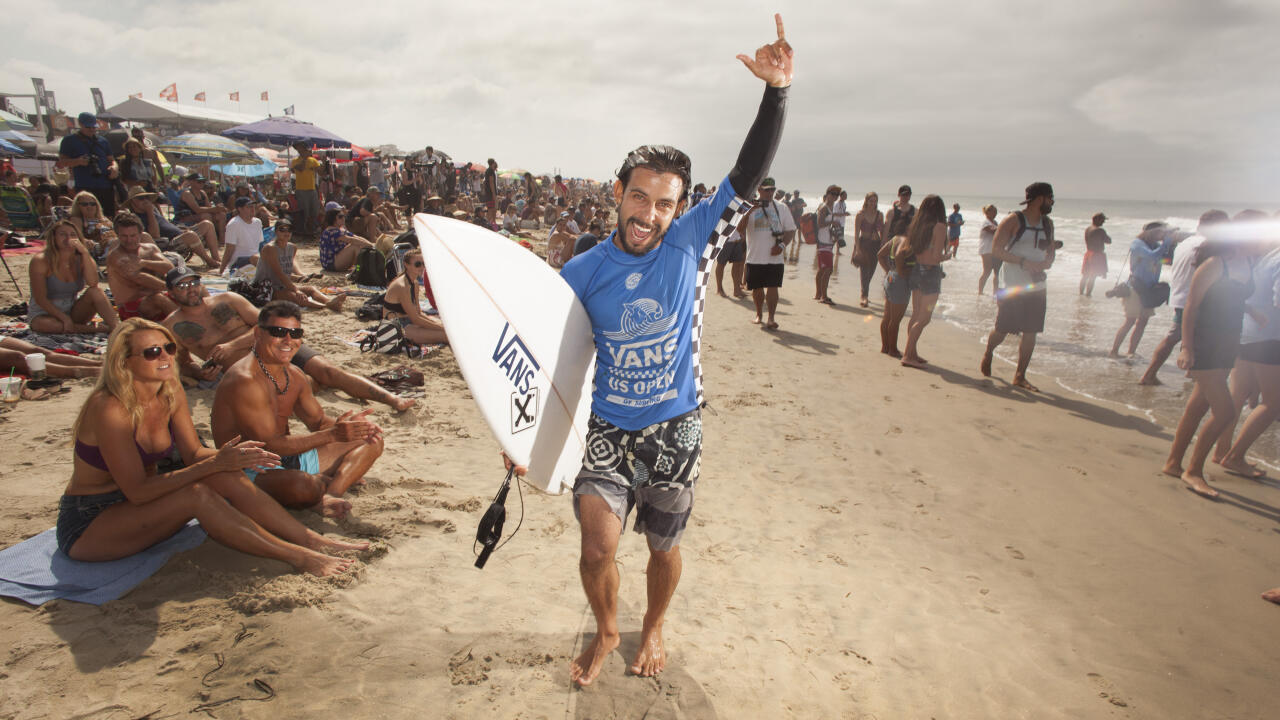 Perhaps the most spirited, yet still unexpected, and emotionally compelling story of the year was that of Tomas Hermes and Willian Cardoso. The two Brazilian battlers, both of whom have spent years on the QS trying to qualify, finally realized their CT dreams on consecutive days at the Hawaiian Pro.

It's not been easy, I've been here before needing a result and it never came. Then after 12 years on tour this happens, even after I lost my sponsor. I've got really good people behind me, mainly my family. Now my dream's come true, I want to just enjoy this moment and thank my family again, it's an unbelievable moment!

The pint-sized but power-packed Hermes has been living on the fringe of qualification for the past few seasons. He entered the 2016 Triple Crown ranked inside the QS Top 10, but was suffering from an injury and couldn't perform at a high level. He tumbled down the rankings, missing the cut by seven spots. A brilliant 2nd-place finish at the QS10,000 Vans US Open of Surfing Men's QS in August, however, sent Hermes rocketing up the rankings. Then, when the Tour hit the North Shore, his Quarterfinal result at the Hawaiian Pro sealed the deal for his maiden lap on the CT.

After contemplating retirement following the 2016 season, Cardoso made his charge in South Africa, taking 2nd to Jordy Smith at the QS10,000 Ballito Pro.

"It's not been easy, I've been here before needing a result and it never came," said Cardoso on the beach at Haleiwa. "Then after twelve years on tour this happens, even after I lost my sponsor. I've got really good people behind me, mainly my family. No my dream's come true, I want to just enjoy this moment and thank my family again, it's an unbelievable moment!"

The man nicknamed Kung Fu Panda is finally on Tour after all these years. If you have the talent and determination to win at pro surfing's highest level, like Keanu Asing proved in 2016 at the Quiksilver Pro France (where he dispatched Gabriel Medina in the Final), you've got the skills to be permanent fixture on the CT. Winning an event during your time on Tour is not a given by any stretch of the imagination, that's a fact.

In 2017, Asing came back from falling off the CT to once again prove he belongs standing atop podiums at every level, capturing a trifecta of QS tour stops, including the Komunity Project Great Lakes Pro, QS3,000 Barbados Surf Pro and QS3,000 Vans Pro. His three wins, along with solid results in South Africa and Portugal, cemented his place inside the Top 10 rankings for most of the campaign.

Until very recently, Michael February was not a household name among surf fans outside the African continent. His unique laconic style is a breath of fresh air in a world where knock-offs run amok.

February was clearly the standout performer from the South African leg of the QS season, winning the Nelson Mandela Bay Surf Pro, Corona Durban Surf Pro and Vans Surf Pro Classic over a six-week stretch, capped with a 3rd at the all-important Ballito Pro. The big payoff for his outstanding run of form, besides a giant leap up the ratings? A coveted wildcard entry in the Championship Tour's Corona Open J-Bay.