The second-ever Nazaré Challenge is set to run this Saturday, February 10 at Portugal's behemoth big-wave break. Of the 24 event invitees, however, a handful have become essentially local experts, literally putting their lives on the line in a quest to master a wave into which, until recently, was thought to be impossible to paddle. None have broken through to big-wave stardom -- yet -- but at Nazaré, each will each paddle out armed with the intimate wave knowledge that can only blossom from a long affair. Saturday, then, may just be their time to shine. Here are five of those insiders to watch when the event kicks off.

De Macedo Storms Nazaré
2:38
The Portuguese native jumped ahead during Round One of the first Nazaré Challenge, in 2016.

With an Economics Degree and a Masters in Sports Management, João de Macedo brings both intellect and competitive smarts to his stellar big-wave talents. De Macedo scored a third place in last year's Nazaré Challenge and has been a regular on the BWT since its inception, cracking the top 5 several years ago. After spending 10 years in California, where he became a Mavericks standout, De Macedo has returned to Portugal to mentor the next generation of local talent there. As it stands, he is the No. 8 seed on the BWT at the Nazaré event, and is probably the country's best chance of claiming a win. The pressure will be on. But none are more equipped to handle it. Alex Botelho styling at Puerto Escondido on the way to the Final. - WSL / Edwin Morales

Easily the best big-wave surfer from Portugal, Botelho was born in Oshawa, Canada, in 1990 to a Dutch mother and a Portuguese father, but moved from the frigid northern shoreline of Lake Ontario to Portugal's Algarve at age six. Technically gifted and an incredible all-around surfer, it was his fifth place at the Puerto Escondido Challenge that alerted the wider world to the smooth naturalfooter's big-wave talent. He's been putting more and more time in at Nazaré in recent seasons, and one more solid result could see him earn a permanent place on the BWT. At the Nazaré Challenge, he'll surf as one of the local invitees. 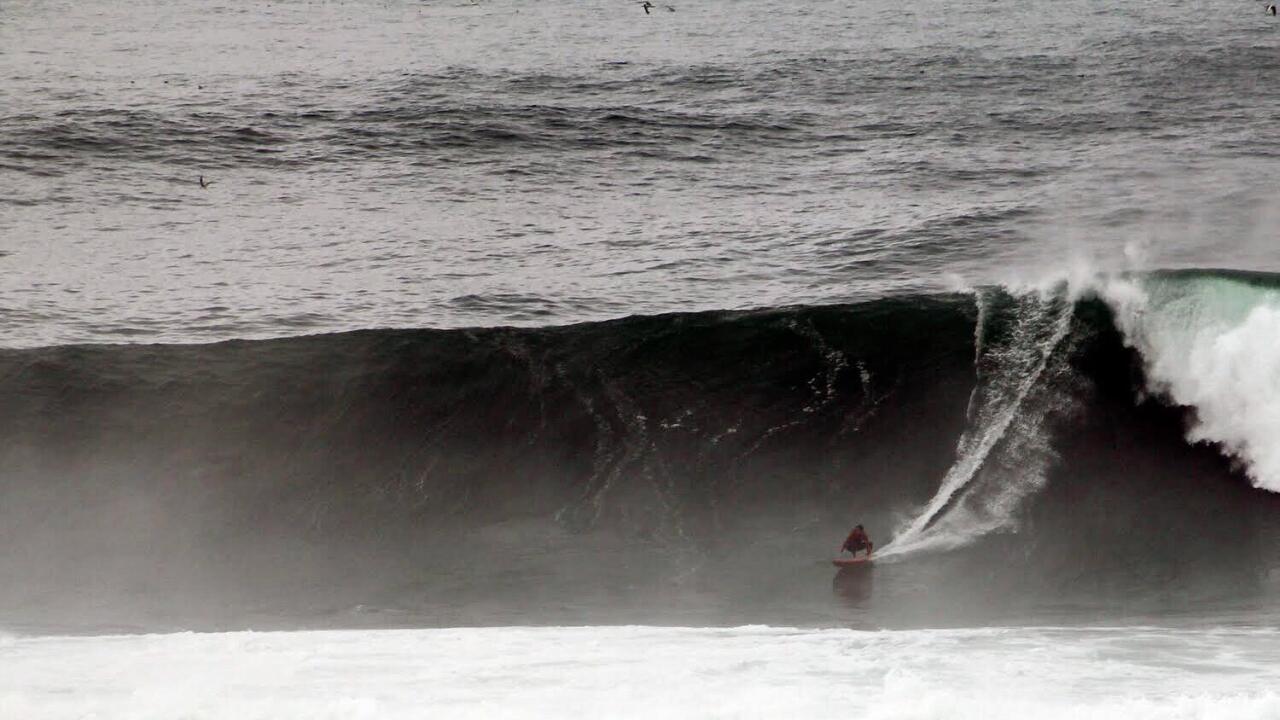 The tall, Cornish lifeguard has taken a different approach this winter, flying in to Nazaré for the big swells, rather than basing himself there full-time, as he has done in seasons past. That expertise earned him a local wildcard into this year's event there, as well as a sound technical ability and plenty of competitive history. Last year he was guilty of wanting to surf it too badly, and ended up lucky not to lose his ear after a horrific wipeout. If he can dampen down his amp factor and surf to his strengths, he will be a contender.

In his early 40s, Vau is a fisherman from Lisbon who arrived on the Nazaré big-wave scene just after Garrett McNamara. Vau surfs Nazaré for the pure, unadulterated adrenaline of it. His plan is simple: he sits on the first peak and tries to find the biggest lefts he can. That netted him a surprise Final placing last year and this winter he has again been a freesurf standout. With his boards dialed and McNamara (who is injured, and could not surf this year's event) as a mentor by his side, there's no reason he can't reproduce last year's heroics. The underground local charger made the Nazaré Final in 2016, which was just reward for years of commitment to the sand-bottomed mountain of a wave. Over the years on the biggest of swells it was invariably the sponsor-less Silva who was towed into some of the biggest waves ever ridden there. He made the transition to paddling easily enough, though, and with good local equipment, expert lineup positioning and straight-up bravery, he beat many of the world's best surfers there at the first edition of the event. There's every indication he is capable of doing it again. More than most of the competitors in the field, a win at the Nazaré Challenge would be truly life-changing for Silva. He's done the time, and now he's ready for the professional rewards.