Big wave charger and two-time Mavericks Challenge Finalist Tyler Fox does not look like a prototypical Santa Cruz hellman. Often imposing and brash, Santa Cruz big-wave chargers tend to look like lumberjacks who just walked out of the nearby redwood forest, dropped their ax, grabbed their step-up board and paddled out for a quick session at Steamer Lane's Middle Peak. The list is long and legendary, and includes physically big men like Vince Collier and Richard Schmidt, Anthony Tashnick and Peter Mel. Even 3x Mavericks Champ Darryl "Flea" Virostko's true physical stature belies his diminutive nickname. Tyler Fox's backside attack at Mavericks is at once calculated and outrageous. - WSL / Don Montgomery

Fox does not look like a lumberjack, however, even when he's wearing a flannel shirt. Thoughtful and unassuming, he looks and sounds more like the web guru who's going to optimize your social media accounts for you. But don't let his mild-mannered appearance fool you. The man absolutely charges Mavericks. With back-to-back 4th-place finishes at the last two Mavericks events, he's a surfer who delivers under pressure.

"Tyler got fourth at the last event in 2016, he's been coming out for 5 or 10 years now and has always been a really good surfer," said Mavericks local Grant Washburn, a surfer who looks like a lumberjack but speaks like a professor. "There's so many talented surfers from Santa Cruz that a lot of them are under-appreciated or overlooked because they live in the shadow of some of the other guys."

With a large purple blob currently dominating the north Pacific weather charts and the event window now officially open, Big Wave Tour Commissioner Mike Parsons will likely green light the 2017/18 Mavericks Challenge early next week. With that in mind, we caught up with Fox to get his thoughts on both the wave and the event: 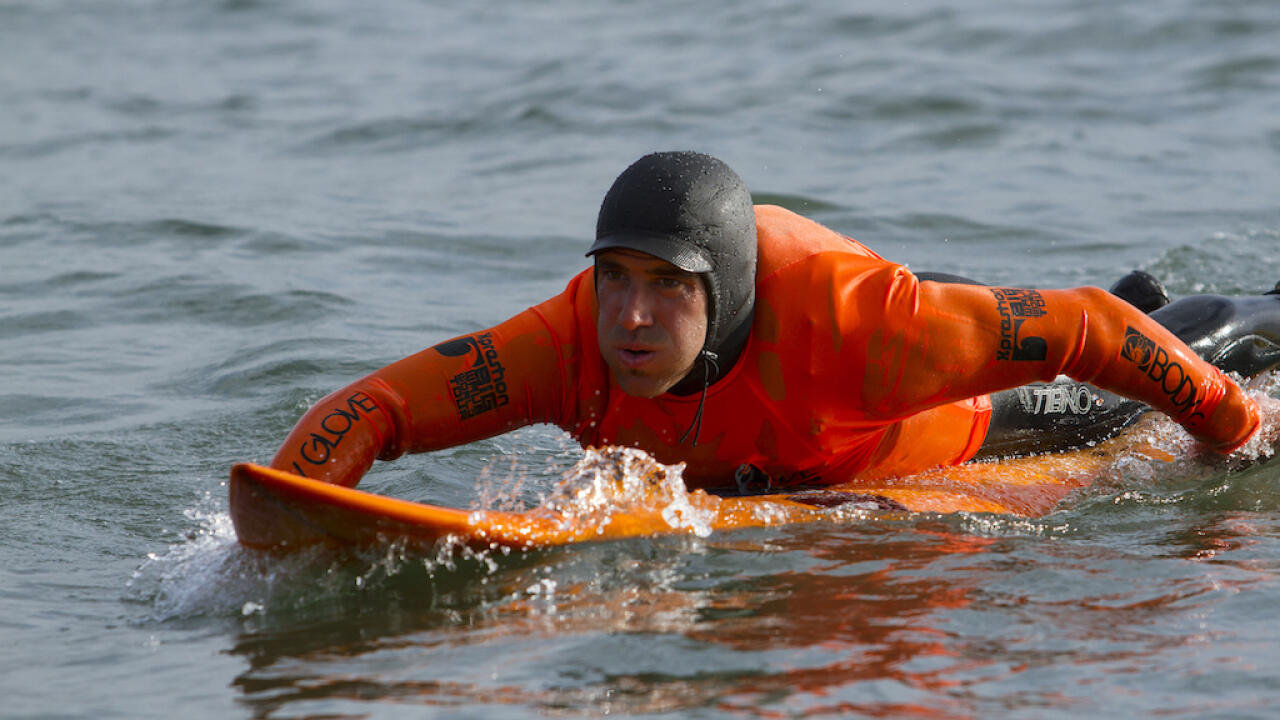 "Mavericks is such an amazing wave, it's one of the most special waves on the planet. It's really unique in the way that it lurches up on the bowl like a ledge or a slab wave, but it's a legit 20-foot wave. Looking into the bowl when it's lower tide and sucking off the bottom, it's like nothing I've ever seen -- an absolute wonder of nature. I think one thing that makes Mavs so challenging is as much as you'd like to mind surf the wave and say, ‘Oh I'm gonna backdoor that!,' sometimes it's next to impossible to physically be able to do that. Guys like Mark Healey are just starting to utilize the barrel, but it's no easy feat."

"I'm kind of an impatient person by nature so I just get too antsy to go sit there like the wise Greg Long, I can't sit out the back and wait for that perfect wave. I like to get a bunch of waves early on and get into a rhythm. I'll warm up into it, get a big one, get a bigger one and push it more and more and have that be my strategy."

His First Time at Mavericks

"My very first time surfing Mavericks was a day they call '100-foot Wednesday' and it was grey and cold and ominous. I remember paddling over a couple of sneaker sets legitimately fearing for my life and I didn't know if I'd ever be back after that. But, sure enough, the bug was there and I fell in love with the wave and I've been surfing it ever since."

"The fear is always there, but sometimes the scariest moments are just driving up the coast seeing if it's a huge swell, seeing lines stacking up to the horizon and you just know that it's going to be pumping. Once you're in the lineup and you've gotten past the paddling-out part, it turns more instinctual. But the lead up, the warming up, the stretching, there's some major nervousness going on. Wipeouts at Mavericks are so violent, it's just pulling at your every limb. A good analogy for a wipeout at Mavs is you feel like a little chew toy in a Pit Bull's mouth, you are at the mercy of the wave."

Local legends discuss the requirements needed to be a regional wildcard for the newest Big Wave Tour event.

Another Peruvian, Gabriel Villaran, advances in the top position in Heat 3 of the Pico Alto Quarterfinals.