It's been barely over a month since Brisa Hennessy threw a major wrench in the 2017 women's World Title race at the Maui Women's Pro. It was there, amid the lush hills of Honolua Bay, that the 18-year-old eliminated Sally Fitzgibbons in Round Two, effectively ending the Australian's yearlong bid to become a World Champ. Yet Hennessy, who was surfing as a wildcard invitee at that event, is already looking squarely at what's next: Her first season surfing full-time on the Qualifying Series -- which is to say, her first shot at making the elite Championship Tour.

Wildcard Brisa Hennessy Eliminates Sally Fitzgibbons
1:52
Fitzgibbons' Title dreams were stymied when Hennessy, who was surfing as a wildcard, took her down in Round Two of the Maui Women's Pro last month.

"All my dedication is going to be for the QS this year," she said. "I'm excited and nervous. My goal is the qualify -- I think that is everyone's goal."

With an intensive training routine, talent, and the kind of poise that she displayed in Maui, Hennessy just might make it happen. She gave some of the world's best a glimpse of her prowess when it mattered most, taking down Fitzgibbons in the final minutes of their high-stakes match -- the stuff of steely nerves and battle-hardened habit.

Instead, it was the David of the duo who put the nail in the Goliath's coffin. She scored an 8.50, which turned the heat and sent Fitzgibbons packing. Within seconds, the Tour veteran watched her Title ambitions dissolve at the hands of an ingénue with far less on the line. Hennessy went on to make the Quarterfinals, where she was finally stopped by the eventual Title winner, Tyler Wright.

"That was crazy," recalled Hennessy. "And hard, because I wanted to prove to myself that I could do well out there and bring a really good performance, that was my goal. But at the same time, I had no plans of getting in the Title race at all. And Sally is an amazing competitor who I've looked up to forever. So it was inspiring, and intense.

"It was probably one of the hardest wins of my life, but also one of the craziest experiences, too." Several months before she landed on Maui, Hennessy won the Vans US Open of Surfing women's Junior Tour event in Huntington Beach, California. She finished ranked No. 19 in 2017. - WSL / Kenneth Morris

But in the wake of that incredible coup, Hennessy is already focused on her next goal, of making the CT. Following her performance at the Maui Women's Pro as the wildcard in December, few would doubt that she has the skill and focus to do it. Plus, she has a holistic training approach that should serve her well when she kicks off her season at the Ron Jon Florida Pro pres by Sunshine State Florida Lager Jan. 18.

In terms of her surfing technique and heat strategy, former pro Kekoa Bacalso has been coaching Hennessy at home in Hawaii, and surfing with her behind the scenes. Bacalso was with his young charge on Maui last month, cheering her on from the channel. "Surfing is an individual, selfish sport, and wanted me to well" said Hennessy. "He was a big part of it, yelling at me from the channel." When the two aren't together on site, Bacalso sometimes counsels Hennessy by phone, supplementing their in-person sessions. 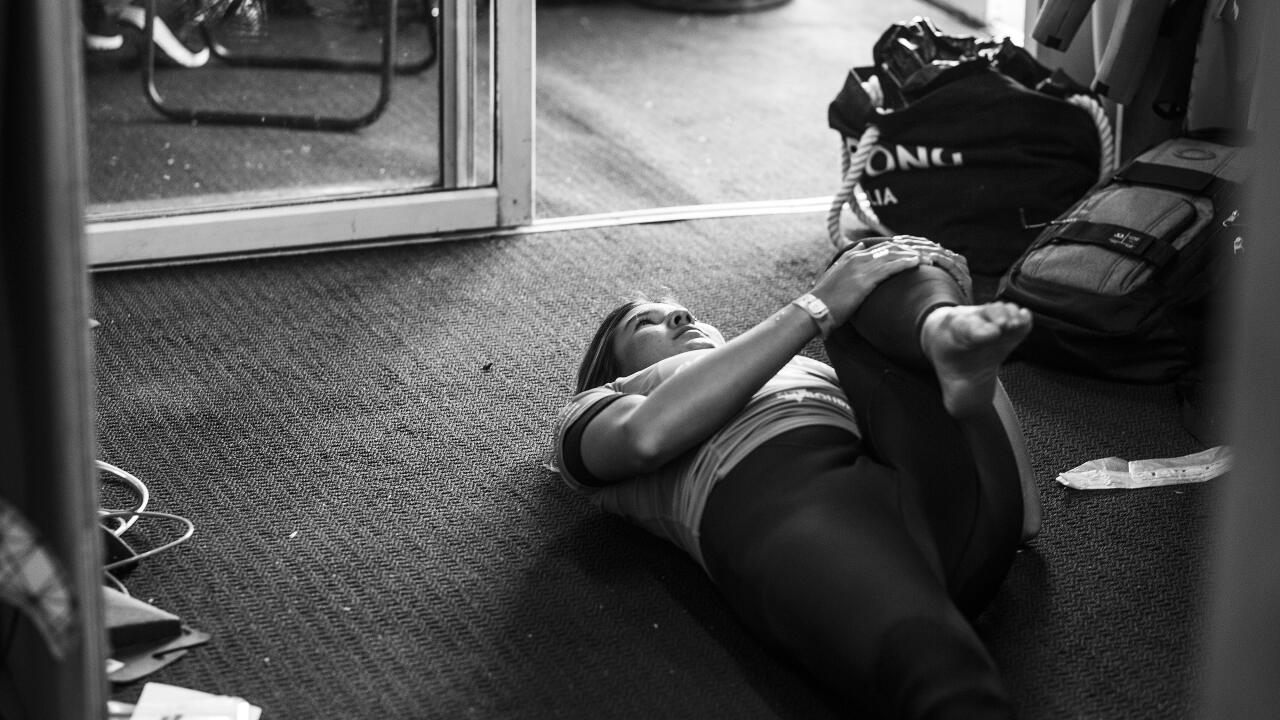 Maui wasn't the first time that Hennessy and Fitzgibbons had faced off in a critical Round Two heat -- they last met at Bells in 2016. That time, Fitzgibbons got the better of the battle. - WSL / Kirstin Scholtz

Heading into 2018, Hennessy has been stepping up her physical fitness, too, working out six days a week with her trainer, Ingrid Seiple, who also just happens to live next door (which is to say, zero excuses for not working out). Hennessy has been hitting the weights, cardio, and yoga for a full program. She also works with Kid Peligro's Ginastica Natural program, which involves agility and speed. "You almost feel like a ninja!," said Hennessy, of Peligro's unique program. "He's trying to get you to get up on the board faster, or create a quicker bottom turn."

Lastly, there is the task of finishing high school, which Hennessy plans to do in the months ahead. She has been studying through an online program, and just four classes stand between her and a diploma. Calling in across time zones can be tricky -- her school is based on the East Coast -- but somehow, she's made it work. Hennessy was a force at the Maui Pro in 2016 as well. - WSL / Kirstin Scholtz

If Hennessy can continue juggling what she has so far -- and carry that poise from Maui to the QS -- her new season should unfold just the way the last one ended: with aplomb.

Catch Hennessy, plus a handful of the world's best, at the first women's 6,000-level QS of the year starting Jan. 18 at the Ron Jon Florida Pro pres by Sunshine State Florida Lager. Watch live daily on the WSL.