It turns out that Gabriel Medina -- the 2014 World Champ and current World No. 2 -- isn't the only one in his family who has impressive surfing chops. His youngest sister, Sophia Medina, competed in the initial stage of the Rip Curl Grom Search last weekend in Santa Catarina, southern Brazil. The 12-year-old took the win over local Brazilian Lanai Henrique.

"Congratulations, my little girl," said the elder Medina. "I'm happy for you. Enjoy your victory."

Competing in the under-16 category, Sophia demonstrated undeniable progression -- beating out competitors four years older than her. Both Sophia and Gabriel have been training at the Instituto Gabriel Medina, located in São Paulo. Gabriel competed in the Rip Curl Grom Search when he was a teenager, winning the event in 2010. 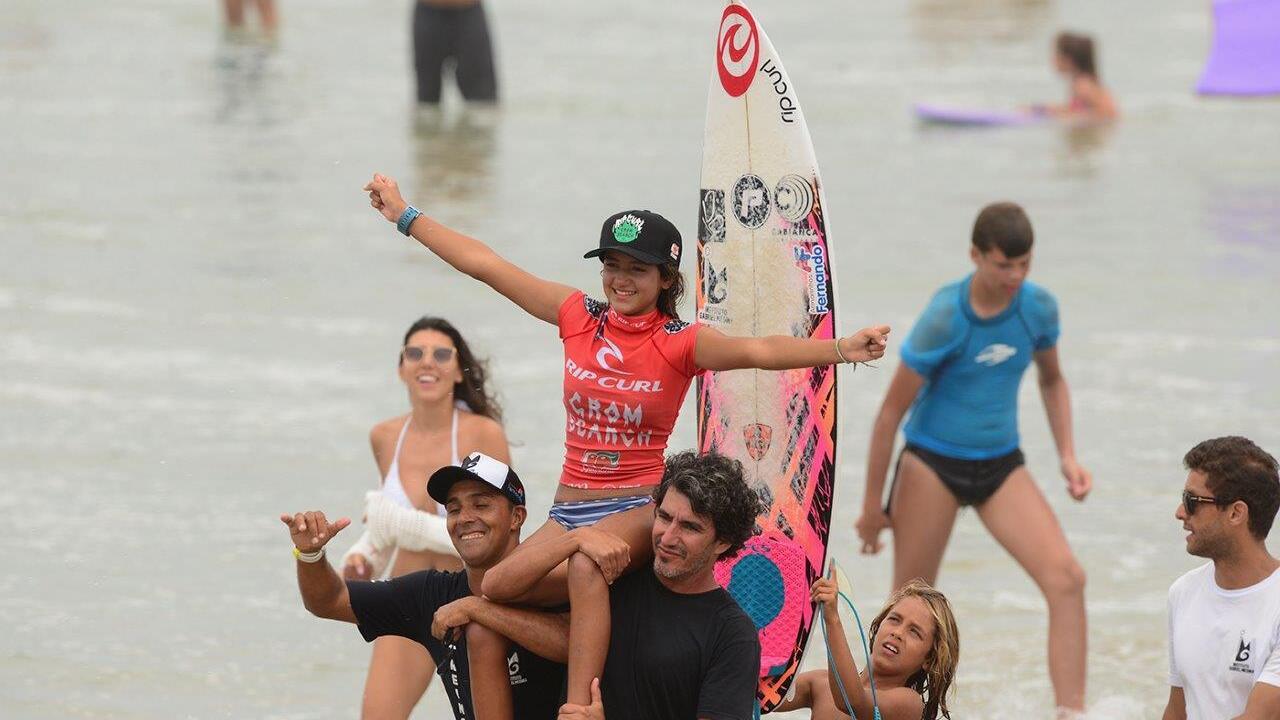 In addition to Sophia, Caio Costa won in the under-14 category and took a 4th place in the under-16. Eduardo Motta won the under-16 category for the men and will be looking to keep his momentum in the next event. The final stage of the Rip Curl Grom Search is confirmed for the 24th and 25th of February, at Geribá Beach, in Búzios, in the state of Rio de Janeiro.

Sophia's older brother, meanwhile, will make his own 2018 competitive debut at the Quiksilver Pro Gold Coast, which will run from March 11 - 22 and stream live on the WSL and Facebook. If you can't wait that long for more Medina family surfing, here's a taste of Gabriel's 2010 Grom Search performance.