LOS ANGELES, California, USA (Monday, February 12, 2018) - The Championship Tour's (CT) Kanoa Igarashi, 20, will represent Japan heading into the 2018 World Surf League (WSL) season. A dual citizen of Japan and the United States, Igarashi decided to change his representing country as he eyes the 2020 Olympic Games in Tokyo, which will include surfing for the first time. 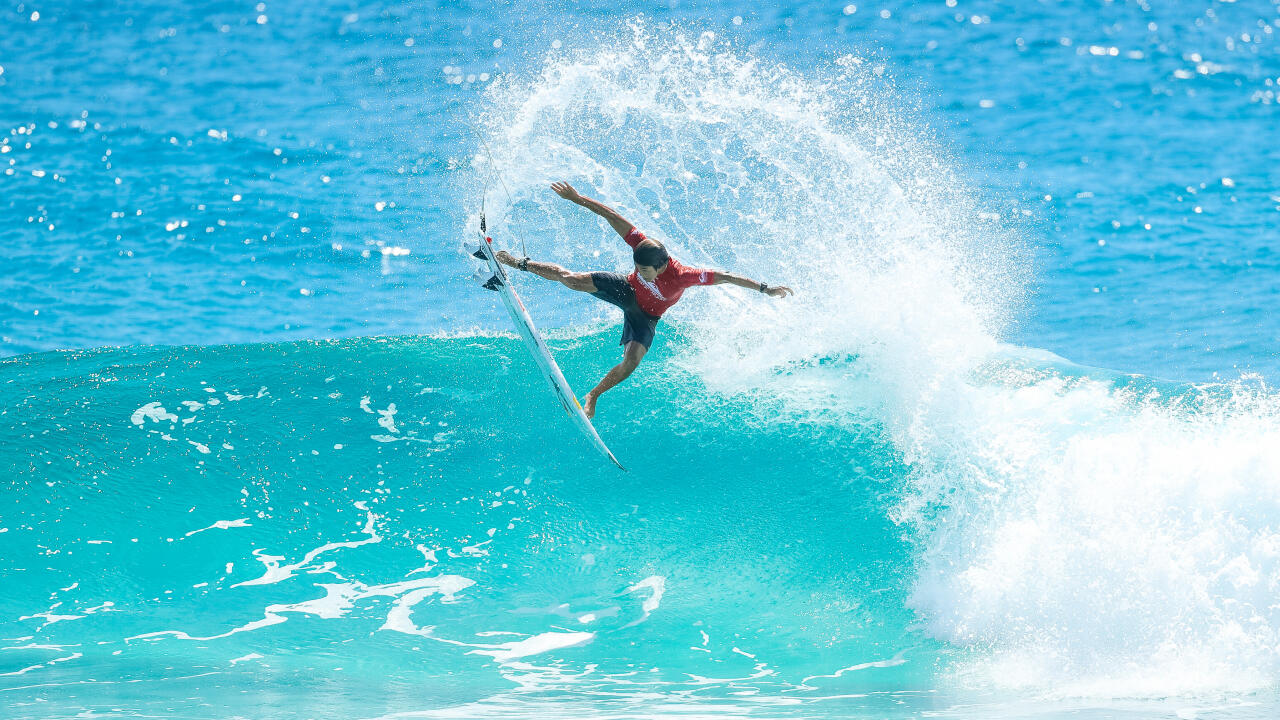 First up this season as a surfer for Japan? The Quiksilver Pro Gold Coast, stop No. 1 on the WSL Championship Tour. - WSL / Kelly Cestari

"I am going to be representing Japan this year on the Championship Tour," Igarashi said. "I am proud to surf for Japan. My parents are Japanese, my whole family is Japanese. I have a lot of support and fans over there. We do not have any Japanese surfers on the CT, so it is something for them to cheer for and have that part in the WSL. I am sure they are really excited, and I am looking forward to it. My family is stoked."

Athlete Profile: Kanoa Igarashi
2:37
Igarashi's rise to the Championship Tour was no accident. When he qualified for it in 2016, it was the culmination of a decade and a half of work, and the fulfillment of his family's dream.

With this change, Igarashi becomes the first competitor to officially represent Japan on the WSL CT. In 2016, Igarashi joined the CT as its youngest member (then 17) and has proven to be a leader in the next generation of progressive surfers. Igarashi's career has been decorated with impressive performances as he has ranked in the Top 20 for the past two years. His standout victories include first at the Vans US Open of Surfing in 2017 and a runner-up finish at the Billabong Pipe Masters in 2016.

Kanoa Igarashi Tucks In
0:27
Igarashi, who grew up in California, has a knack for surfing Oahu's stories Banzai Pipeline. That skill paid off this past December when he finished in the Semis at the Billabong Pipe Masters.

"I want to be able to compete in the Olympics and represent Japan," continued Igarashi. "I grew up competing for USA and have a lot of support over here, but this is a different part of my career now. The Olympics is the greatest competition in all of sports and it is something that you dream of doing as a kid. I never thought it would be possible as a surfer. It is a really exciting time for surfing. I am going to do my best to represent surfing in the best way possible." Igarashi will compete under Japan for the first time starting at the CT season kickoff event, the Quiksilver Pro Gold Coast, in Australia, from March 11 - 22, 2018.