The Quiksilver and Roxy Pro Gold Coast contests that ran this time last year will, admittedly, be hard to beat. Quik Pro winner Owen Wright had a storybook rise to the top after being sidelined by a near-death injury a year prior, while Roxy Pro winner Stephanie Gilmore made a sweet return to No.1 on home turf.

Highlights From a Historic Final Day at Snapper
2:58
It was a storybook finish for Owen Wright, and a sweet return to No. 1 for Stephanie Gilmore.

Comebacks were the theme: After a life-threatening head injury a year prior, Wright somehow worked his way back not only to surfing, but to surfing better than anyone else. Gilmore, meanwhile, hadn't won an event in two years before the 2017 Roxy Pro. It was the longest losing streak the 6x World Champ had seen since she started her career. She, too, pulled through and dominated. So, if there is any takeaway, it's that literally anything can happen on the Gold Coast -- and it will likely set the tone for the year.

This time around, Owen Wright will arrive at Snapper Rocks as the No. 6 in the world, the dad of a toddler, and, perhaps, ready to relaunch a campaign for a first World Title. Gilmore, who lives at the famous Gold Coast break, arrives as World No. 2 -- and will likely be looking to tie Layne Beachley for a record-setting seventh World Title.

Before the 2018 Quiksilver Pro and Roxy Pro Gold Coast contests kick off March 11, here's a look at some of the moments that made last year so memorable. 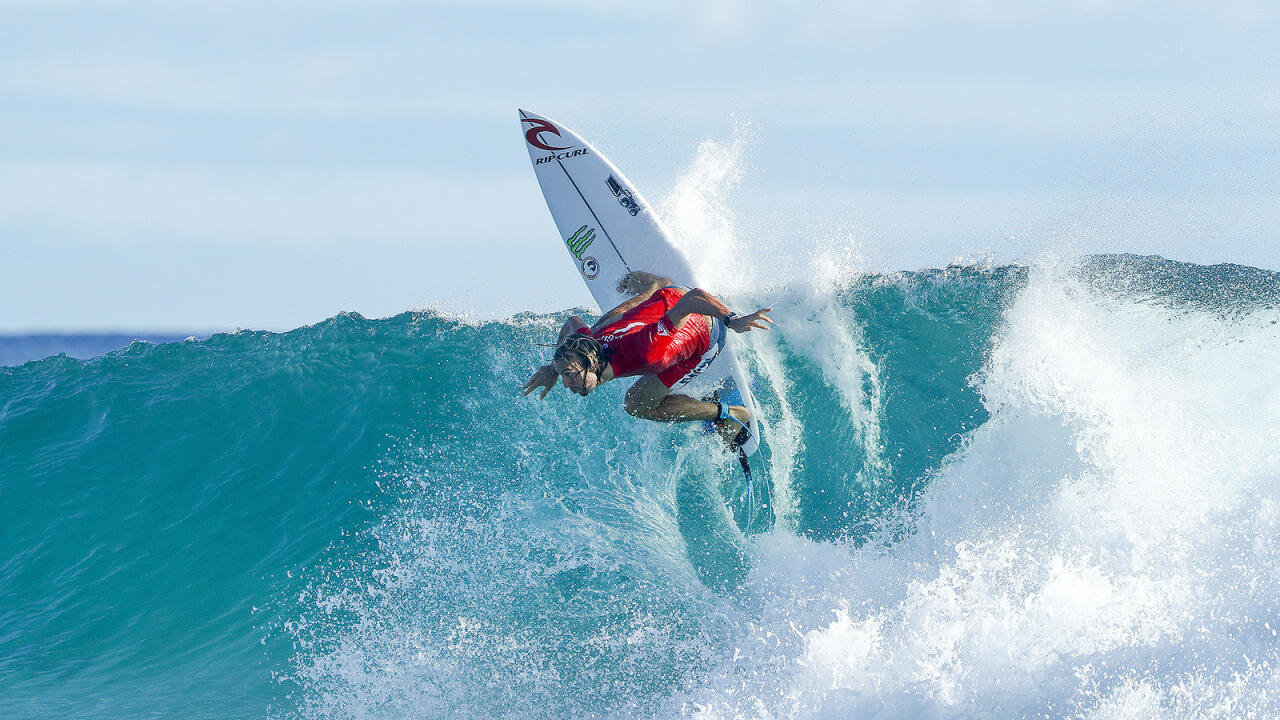 After a yearlong absence from pro surfing, Wright arrived on the Gold Coast in good health, and back to his old self. - WSL / Ed Sloane Hawaii's John John Florence, who was kicking off his campaign to win a second World Title, made his intentions clear in Snapper's early rounds. - WSL / sherm Lakey Peterson made it to the Final after returning from injury. It was an auspicious start for the Californian, who finished the year strong, at World No. 6. - WSL / Kelly Cestari Both Wright and fellow Australian, Bede Durbidge -- who had also been sidelined with a severe injury -- savored their return to the Tour. - WSL / Kelly Cestari The Champ was back. Gilmore, after winning in the Final. - WSL / Ed Sloane Matt Wilkinson made a big statement in the early rounds. Under the tutelage of coach Glenn Hall, Wilko -- who in a past life was more Tour entertainer than World Title contender -- made a serious turnaround on the Gold Coast in 2016, winning the event to the surprise of everyone. After finishing runner-up in 2017, he might soon be back for more. - WSL / Kelly Cestari Oahu's Carissa Moore, who has three World Titles to her name, was eliminated in the Quarterfinals by Gilmore. Still, she was in high spirits. Above: Moore with Bob Hurley. - WSL / sherm Gabriel Medina, who finished in the Semis at Snapper, embraced Wright on the podium. The Brazilian won his first World Title in 2014, and will likely arrive at the 2018 event ready to rumble and kick off his campaign for second one. - WSL / Kelly Cestari Courtney Conlogue came agonizingly close to winning Round Four against Gilmore. The Californian has been on a multi-year quest to win a World Title, and her ninth-place finish on the Goldy didn't bode well for 2017. In the end, she battled back over the course of the year, but finished World runner-up. - WSL / Kelly Cestari Owen Wright took his first, emotional win of the season. By year's end, Snapper was his only win of the year -- but nothing could recreate his triumph on the Gold Coast. - WSL / Kelly Cestari With her Roxy Pro win, Gilmore took hold of the Jeep Leader's jersey, reserved for the respective rankings leader of the men's and women's Championship Tours. - WSL / Kelly Cestari The 2018 Championship Tour season kicks off March 11- 22 with the Quiksilver and Roxy Pro Gold Coast. Watch live daily on the WSL.

The two winningest women of the last ten-plus years, Moore and Gilmore are in the midst of a World Title race of epic proportions.