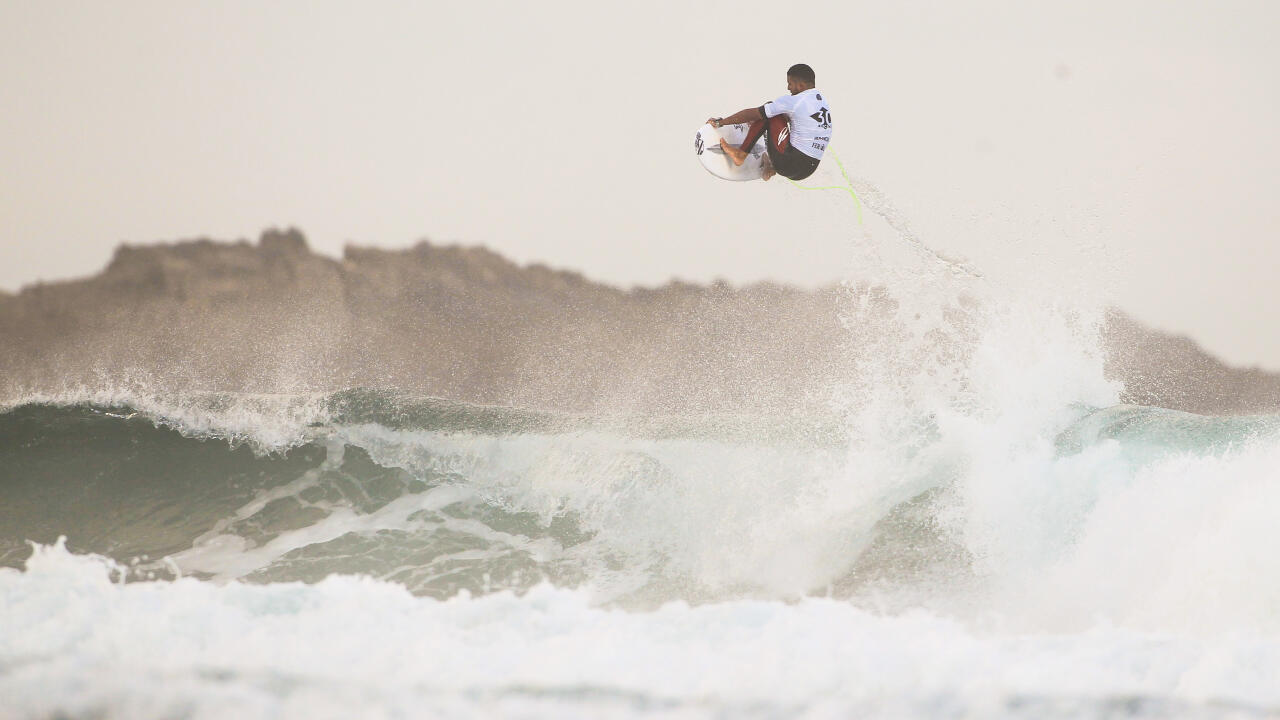 Toward the end of the 2017 WSL Qualifying Series (QS) season, Michael Rodrigues was ranked No. 11, just one spot outside the cutoff for Championship Tour (CT) qualification. That meant that his year-long effort to make the cut came down to the final events of the year, at Oahu's Haleiwa and Sunset.

First, Rodrigues placed 17th at Haleiwa. Then, he got a 49th at Sunset -- not enough to catapult him across the points finish line. He was within reaching distance of his CT dream, but there was one more piece: CT surfer and Huntington Beach native Kanoa Igarashi. Igarashi, who was doing double-duty on both the CT and the QS, needed one more good contest finish to make the cut on his CT ranks, leaving a spot for Rodrigues to get bumped up. If Igarashi could again pull off double-qualification at the Pipe Masters -- a feat that allowed Zeke Lau to qualify last year -- it would bump Rodrigues up a spot, and within the cutoff. In perfect form, Igarashi pulled off double qualification for the second year in a row, making Rodrigues the 5th Brazilian to join the 2018 rookie class. Although heavily respected by other QS athletes, the 23-year-old has stayed out of the limelight in comparison to fellow Brazilian rookies, Jesse Mendes, Yago Dora, Tomas Hermes and Willian Cardoso. Rodrigues's understated, go-for-broke style, however, allowed him to sky-rocket above the often small, mushy conditions at QS stops, making the most of them.

Rodrigues grew up in Fortaleza, the state capital of Ceará, located in northeastern Brazil. The beach-side town is more known for its scenery than its wave quality. With mainly small, windy conditions on offer, Rodrigues developed a powerful air-game that should translate well to the Championship Tour. Having turned pro in 2014, the Brazilian is still relatively new to the scene and has worked hard to make his way up the ranking order. What he is lacking in experience, though, he more than makes up for in talent and drive.

There are some adjustments, though, that he might have to make. Given that the wave quality on the CT is significantly higher than it is on the QS, Rodrigues will have some tweaking to do in terms of boards and strategy. His shaper, Matt Biolos -- who also shapes for CT standouts Carissa Moore, Kolohe Andino, Tyler Wright and Coco Ho -- will definitely be giving the rookie some pointers. It may take Rodrigues a minute to figure out how the flow of the Dream Tour works, but he has the right people in his corner to do so.

"Game on, it's just started," Rodrigues said after making the Final at last year's Azores Airlines Pro. Although he lost out to fellow rookie Yago Dora, he earned invaluable momentum and points -- and ultimately catapulted himself into qualification territory. Rodrigues will be looking to once again make his mark early within the newly cemented rookie class at the upcoming Quiksilver Pro Gold Coast.

"I want people to know that all of this is a dream for me," Rodrigues told Surfer Magazine last year. "I grew up in very humble beginnings in northeast Brazil, and to even get this far feels amazing, but I want to keep pushing to do better. Even though it's fun to travel the world and surf all these amazing places, I am training hard every day so I can qualify for the big leagues. I can't wait to get on the CT and show my surfing to the world."