The WSL men and women's QS is back on the island of Barbados in preparation for the second annual Barbados Surf Pro QS 3,000. Last year marked the first time a QS event was contested on Barbadian soil in nearly a decade and event organizers worked around the clock to bring it back in 2018. The field of competitors returns even stronger with some of the world's best surfers in attendance to vie for 3,000 qualifying series points.

2017 was a tough result for Josh Burke (BRB) to take in after falling just one heat shy of the Final on his home soil. However, the 21-year-old is fresh off his first-ever QS win at the Ron Jon Quiksilver Pro earlier in March and just last week earned an equal 9th at the Martinique Surf Pro QS 3,000 to continue his competitive rampage. With a possible swell on the way to Drill Hall Beach, the excitement mounts for Burke and his fellow Barbadian competitors as they prepare to take on an elite list of competitors such as former CT competitors Leonardo Fioravanti (ITA), winner in Martinique, along with Jadson Andre (BRA), and Nat Young (USA).

"I was definitely happy to make a few heats there, but I wanted to do better so now I just want to surf good in front of the home crowd," Burke said. "It's sick to see these guys coming here and hopefully we can keep building for bigger events in the future with the waves on offer around Barbados to keep them coming back. I've changed my attitude to being positive and put a 110 percent in everything I do, and surf my heats as smart as possible. It's all about choices so I've been working on wave selection and training a lot." Amid a high-class women's contingent on the neighboring island, it was Barbados' own Chelsea Tuach (BRB), who took the win in the Martinique Surf Pro women's division. It marked the 22-year-old's first QS victory since the 2017 Shoe City Pro, after she surfed her maiden year on the CT in 2016 and failed to re-qualify. Tuach's fresh outlook after spending some time away from the jersey gave her a new perspective, and renewed vigor that was evident en route to her win.

"I think I've hit a new pace with my surfing and equipment, and it feels great," Tuach said. "I was going into every heat with more excitement, and I just felt in rhythm in the Caribbean. Now, I'm coming into this event on a high, with my whole family around me and my own bed to sleep in. I don't think I could ask for anything better. I'm going to enjoy this week as much as I can, and I'm excited to push my performance to better last year's result.

"I think the pieces are falling into place for me, especially with personal goals that I've set and I'm focusing on re-qualifying," Tuach added. "The year I had on Tour was all learning, I realized what I needed to improve upon and where I wanted to be before I am back on Tour. I do think I've come a long way and I've gained back my confidence. I'm ready to work hard for the results and enjoy the whole journey." 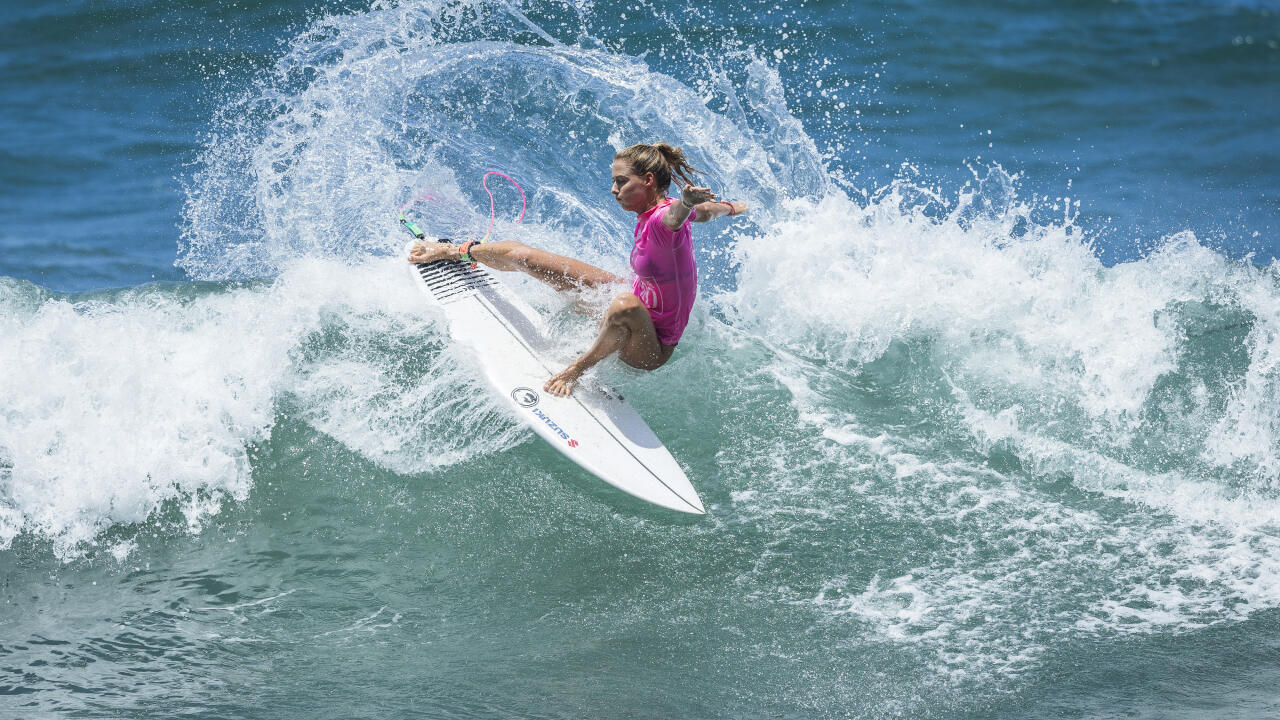 Tuach will have to deal with the likes of defending Barbados Surf Pro champion Claire Bevilacqua (AUS) once again after defeating her in the Final at Basse-Point just days ago. The former CT competitor knows what it takes to perform at the top level and returns to a place of comfort for a chance at reclaiming a Caribbean win.

"I love the Caribbean so any excuse to come back is warranted," Bevilacqua said. "Last year was a dream so I couldn't resist coming back. The QS 3,000s have great prize money, are usually in the best locations, and the events have less pressure, which is a bonus. I'm just in a place in my life where I always want to improve and better myself and my surfing. Competitions and travel are just a way of setting goals and standards that I want to conquer."