Day 2 Highlights from Nelson Mandela Bay
1:29
Semi-finalists decided in small but contestable surf at the Pipe in Port Elizabeth

A serene ocean greeted the surfers at the VW Nelson Mandela Bay Surf Pro pres by Billabong this morning with a general drop in swell and beautiful glassy conditions the order of the day.

The morning low tide did little for the power of the waves, with small-wave wizardry winning the heats. Those that could whip it around in the weak conditions were the surfers getting the big scores.

An interesting sidebar to this event and to judging on the whole is that the new head judge of the World Surf League's Championship Tour (CT) -- the tour that every young surfer aspires to be on -- has changed the judging standard on this premier tour. Head Judge Pritamo Ahrendt has raised the bar, and it's very high. Last year's Corona Open J-Bay was literally raining 10, and this is no more.

This has begun to trickle down to the Qualifying Series (QS) tour, the next tier down from the CT, and the scores here at the VW Nelson Mandela Bay Surf Pro were lower than usual. It's good to see; with the raising of the judging bar, surfers have to work that much harder to get the good scores.

Dillon Hendricks did well to be awarded 7 points for his highest-scoring ride in the Open Men, Round 3, heat 1 today. It was Dylan Lightfoot however; who emphatically showed that his QS training and hard work over the last few months has reaped great rewards. His energy and speed in the following heat was next level, and he went to town on his first wave, fitting in a number of hooks and carves, all perfectly flowing into each other, for a score of 8 points. Together with a backup score of 7.5, Lightfoot took the heat with ease.

One of the most exciting heats of the day was heat 4 of the same round. Local J-Bay surfer Joshe Faulkner was up against a foreign triumvirate consisting of Ty Watson and Jordan Lawler from Australia as well as Daniel Farr from New Zealand. The odds were stacked against him, but Joshe is a seasoned and tenacious competitor and rose to the occasion, banking an 8.5 for his best wave score, and doing enough to win the heat from second placed Ty Watson. In the process both Lawler and Farr were eliminated from the event. Unfortunately Lightfoot, Faulkner and Watson were all eliminated from the event in their respective quarterfinals, with both Lightfoot and Faulkner shock eliminations, despite showing good form. 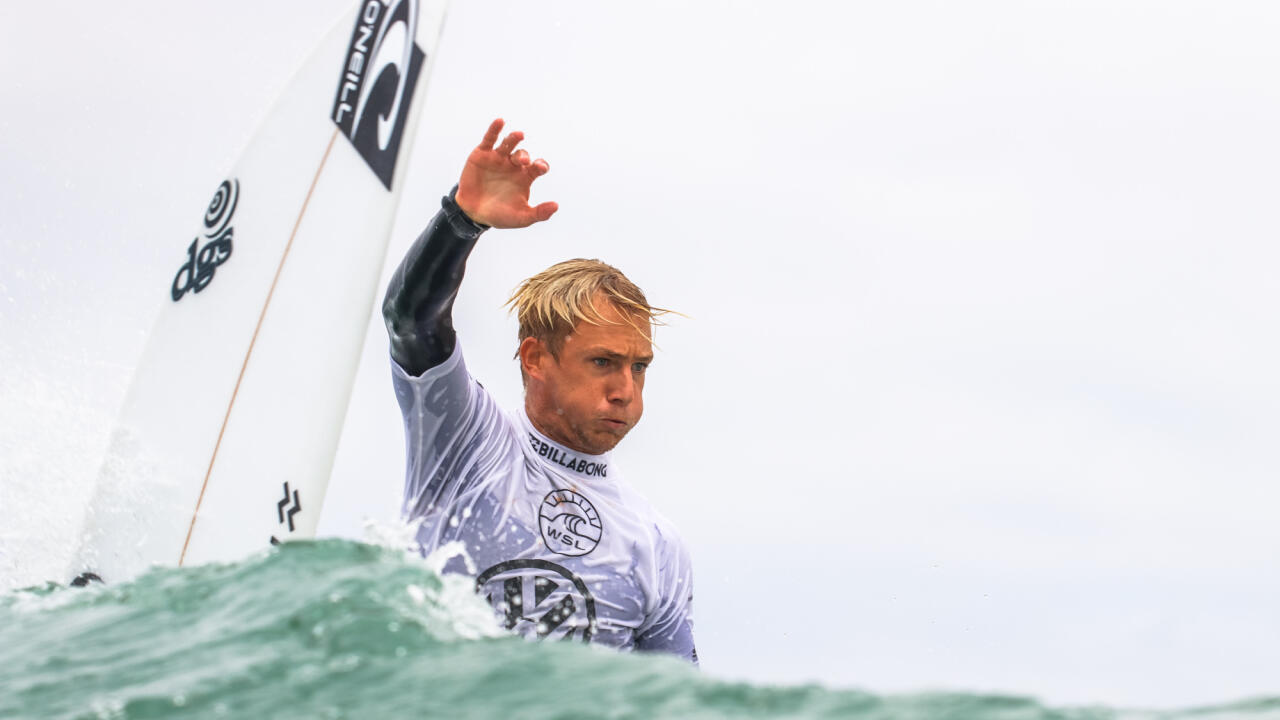 Dylan Lightfoot was looking good on day 2 of the VW Nelson Mandela Bay Surf Pro presented by Billabong, but faltered in the quarter-finals. - WSL / Ian Thurtell

Adin Masencamp has been on a roll in this event, and this continued throughout the day today. He dominated his round three heat, winning with relative ease against highly rated Richard Kidd, Brandon Benjamin and Chad Du Toit, before continuing his performance by beating Ty Watson in the quarterfinals.

Masencamp is a fast and radical natural-footer who loves to compete, and loves it more to compete and win.

"The QS events mean a lot, especially for South African surfers," said Adin. "It's really great for South African surfing to have such highly rated events in in the country so you don't have to travel, and you obviously feel a lot more at home than you would overseas. I feel like I'm surfing with a lot more confidence than if I were overseas. This is my home, and it's great to have a hometown advantage. The prize money is definitely great, but it's the points that matter at the end. I would love to be in the sixes (QS 6000 events) and tens (QS 10,000 events) by the mid year cut-off or by the end of the year, which is most definitely my goal." Adin Masencamp was one of the stand-outs of the day, with fast and tight surfing in the small conditions. - WSL / Ian Thurtell

In the women's event, much lauded local ripper Emma Smith from J-Bay had a close one, just managing to get a final wave with less than a minute to go in her round two heat.

"We surfed the heat on pretty much dead low tide, so I knew it was going to be a bit inconsistent and than I needed to sit a bit closer in," said Smith. "I started the heat with getting nothing really, just a few close-outs and low scores, and then I had to play catch-up the whole heat. I paddled down the beach to try and get a few insiders, and in the last minute I managed to get a wave and I just milked it all the way to the beach and just managed to get the score required to get me into second place and through the heat."

While Smith's story was one of positivity, unfortunately last year's champion Crystal Hulett bowed out of the event in this round after a poor performance saw her finish her round 2 heat in fourth place. After a close heat and some digging deep, Emma Smith has her sights set on the final. - WSL / Ian Thurtell

A long but great day's worth of surfing sees the event organizers facing the final day with plenty of time in hand and a great day of surf approaching. The forecast shows light offshore winds, sunshine and waves for the final day of the first event of the City Surf Series. 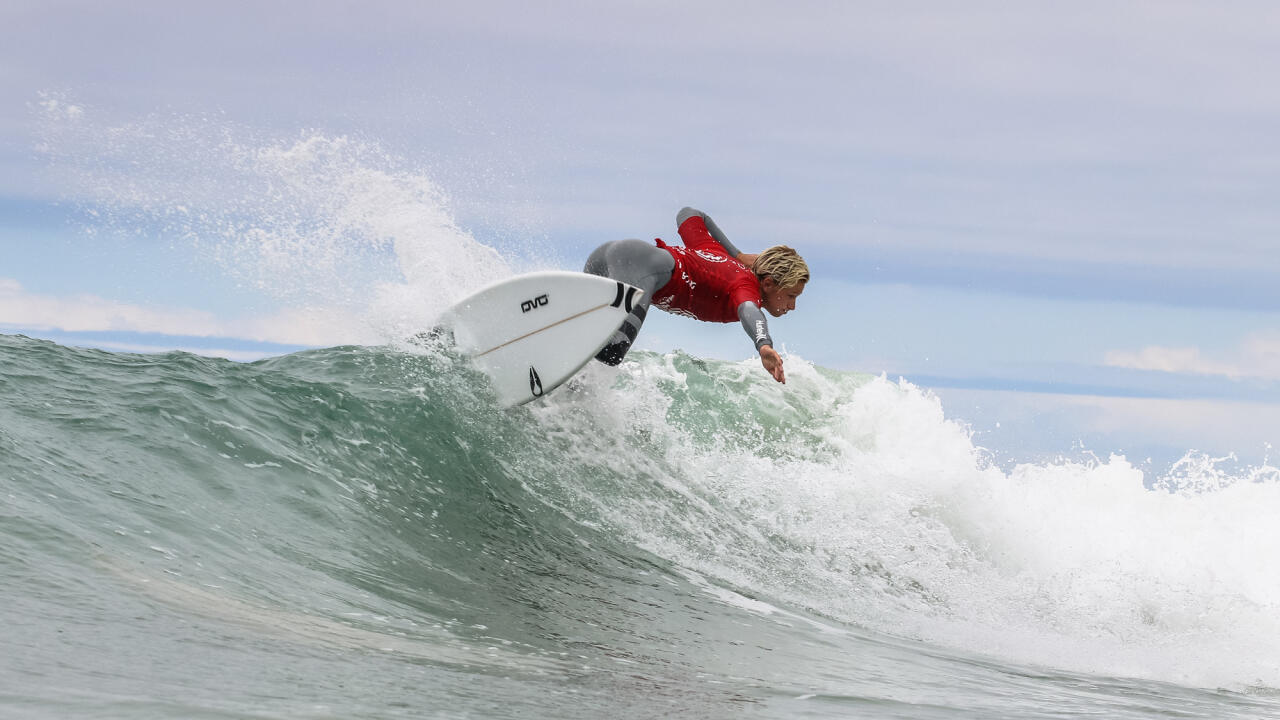 Jordy Maree was another stand out on day 2 of the VW Nelson Mandela Surf Pro pres. by Billabong. - WSL / Ian Thurtell

Local surfers light up, but international guests fight back in the inaugural event of the World Surf League Africa's 2018 tour