The 2018 Krui Pro ran though the last four heats of men's Round 2 and went straight into the women's QS1,000 division. The surf was slightly smaller than yesterday in the three to four foot range, but there was still plenty of long perfect-peeling lefts on offer.

Former Championship Tour surfer Chelsea Tuach (BRB) is using the Krui Pro as training exercise to prepare to the higher rated events later in the year. Tuach has been a standout in the free-surfs and it has paid off today as she posted two solid scores to claim an easy heat win. "We have a few months before the next QS6,000 so I decided to come to Indonesia to train," Tuach said. "I am using this event to get some practise in heats, I didn't have a great year competing last year and I really want to improve so I am working hard."

Julie Nishimoto was on fire in her opening heat at the Krui Pro, posting a near perfect 9.00 for a series of silky smooth backhand hooks and carves. The young Japanese surfer who lives in Hawaii only caught two waves, but it was enough to claim a solid heat win. "I haven't been able to get many waves in the free-surf because everyone is super excited to get the good ones," Nishimoto said. "So I was super excited to get out there with just a couple of other surfers and get some great waves. I actually prefer to surf on my backside, we have waves like this at home in Hawaii so I felt really confident and comfortable out there." 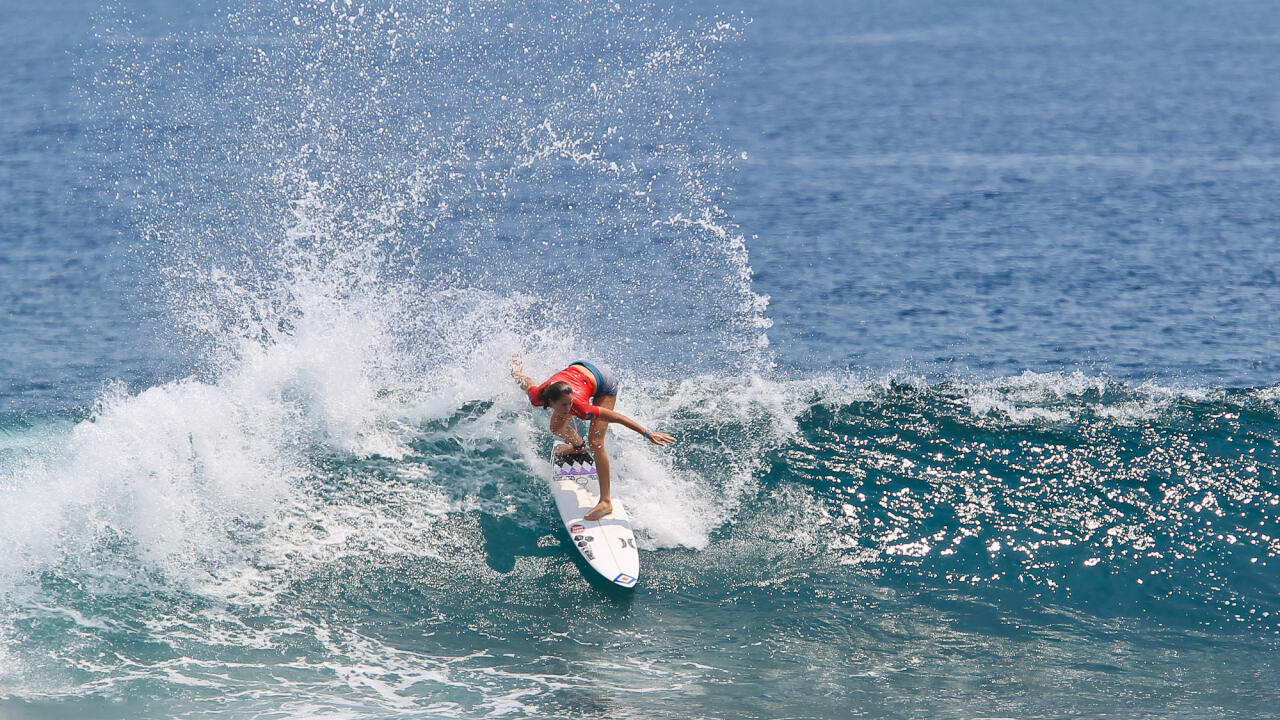 Vittoria Farmer posted the second highest two wave heat total of the women's opening Round - 14.55 out of a possible 20 to easily advance into the next Round. The young Australian timed her turns perfectly, sending bucketloads of water skyward on every section.

"It was super fun out there!" Farmer said. "We were lucky to have a flurry of waves at the start of the heat, some other heats had long lulls to start, I'm glad it wasn't like that for me because I would have gotten pretty nervous waiting. I'm loving it here at Krui, we've been surfing and exploring and eating great local food."