This weekend in Lemoore, California, the WSL Founders' Cup of Surfing pres. by Michelob ULTRA Pure Gold will make its big debut. The specialty event is the first of its kind in both location and format, pitting five nation-based teams against each other at the landlocked WSL Surf Ranch, which fans can attend for the first time. Along with the new event, however, comes another first: the original Founders' Cup trophy. 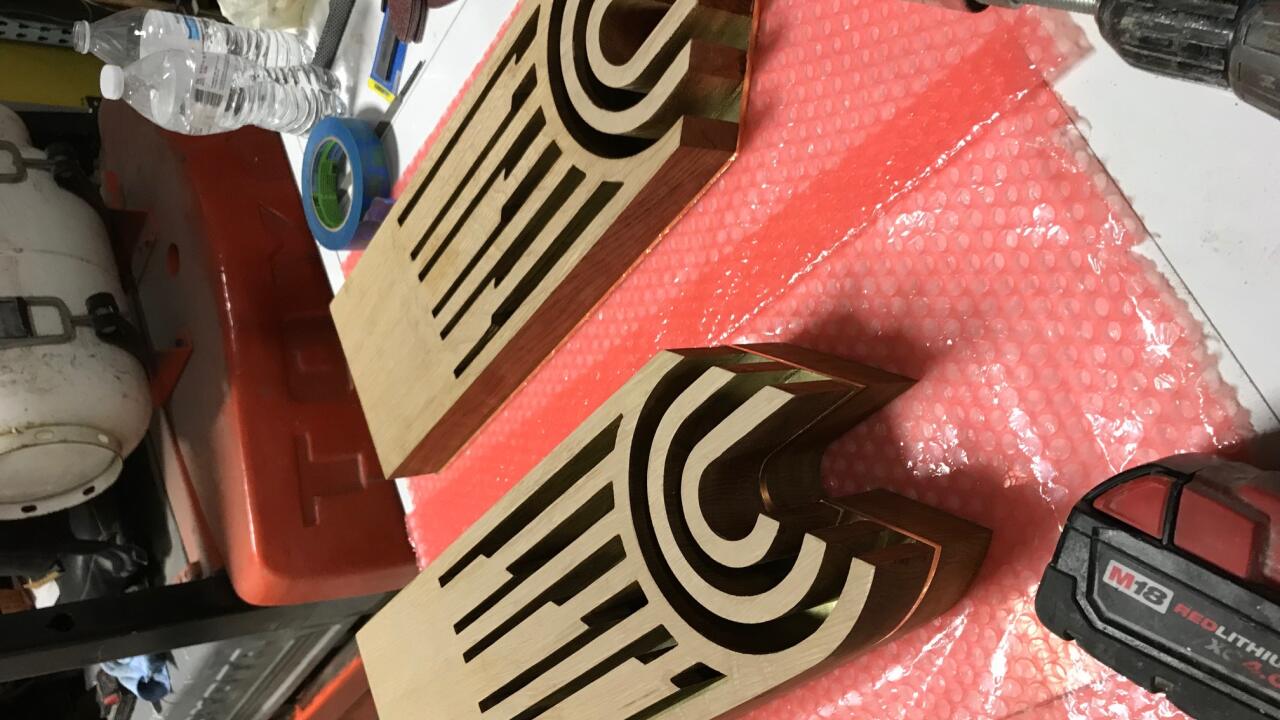 Saturday and Sunday, May 5 - 6, the five teams -- USA, Australia, Europe, Brazil, and World -- will vie for the shiny new prize in an elimination process that leads up to one Final heat Sunday afternoon. Those not in attendance can still watch the action live each day, on the WSL and BleacherReport.com in the US, and WSL and Facebook everywhere else.

The trophy itself was the result of a collaboration by WSL Creative, Group Efforts and fine artist Steve Gaskey, who collectively came up with elements that reflect the event's metaphorical underpinning. The trophy's regionally-sourced oak wood stands for the founders of surfing and how they've paved the way, while the brass cores stand for technology, and its impact on the future of the sport. Before anyone wins, however, at least one fan's stoke-factor is already sky-high.

"In professional surfing, there is nothing more thrilling than lifting the symbol of triumph on the world stage, however the WSL Founders' Cup is unique and the trophy reflects this," said Sophie Goldschmidt, WSL CEO. "Usually competing as individuals, this time there will be a particular camaraderie when athletes come together, with both men and women competing as one team.

"While we believe that every WSL event win is something special, winning the inaugural trophy will be significant. Good luck all teams as they surf into history!"